end-of-mission focal-plane Transits on the sky

Distribution of the end-of-mission number of astrometric and photometric focal-plane transits in galactic, ecliptic, and equatorial coordinates. The fixed solar aspect angle (ξ = 45°), i.e., the angle between the Sun and Gaia's spin axis, favours transits of stars around ecliptic latitudes ±(90° - ξ) = ±45°. In galactic coordinates, these favoured regions appear as two rings centred on the ecliptic poles. The spectroscopic pattern follows the astrometric and photometric distribution but is scaled in the number of transits by a factor 4/7 since the spectroscopic instrument has a smaller field-of-view which is only served by 4 of the 7 Video Processing Units. 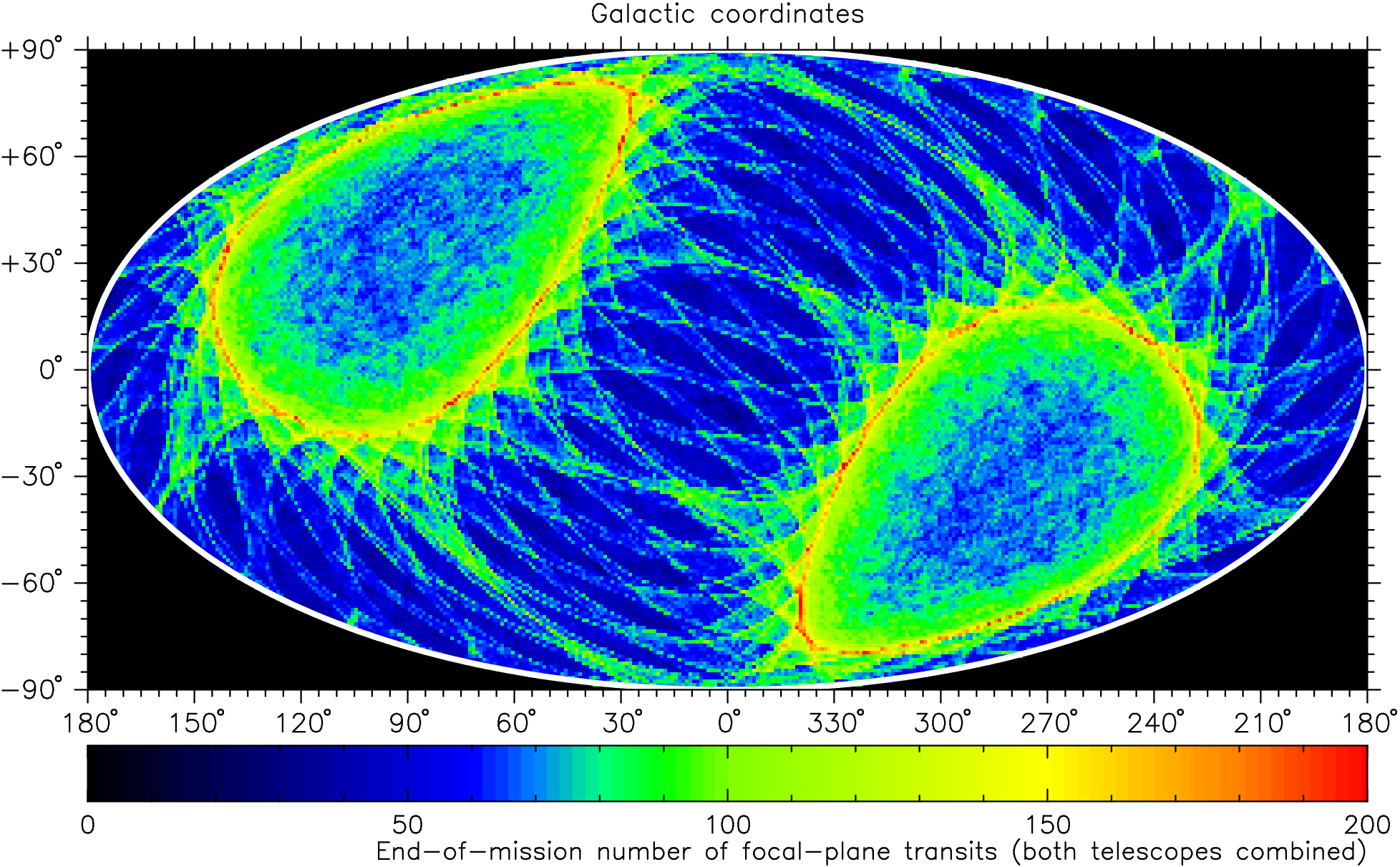 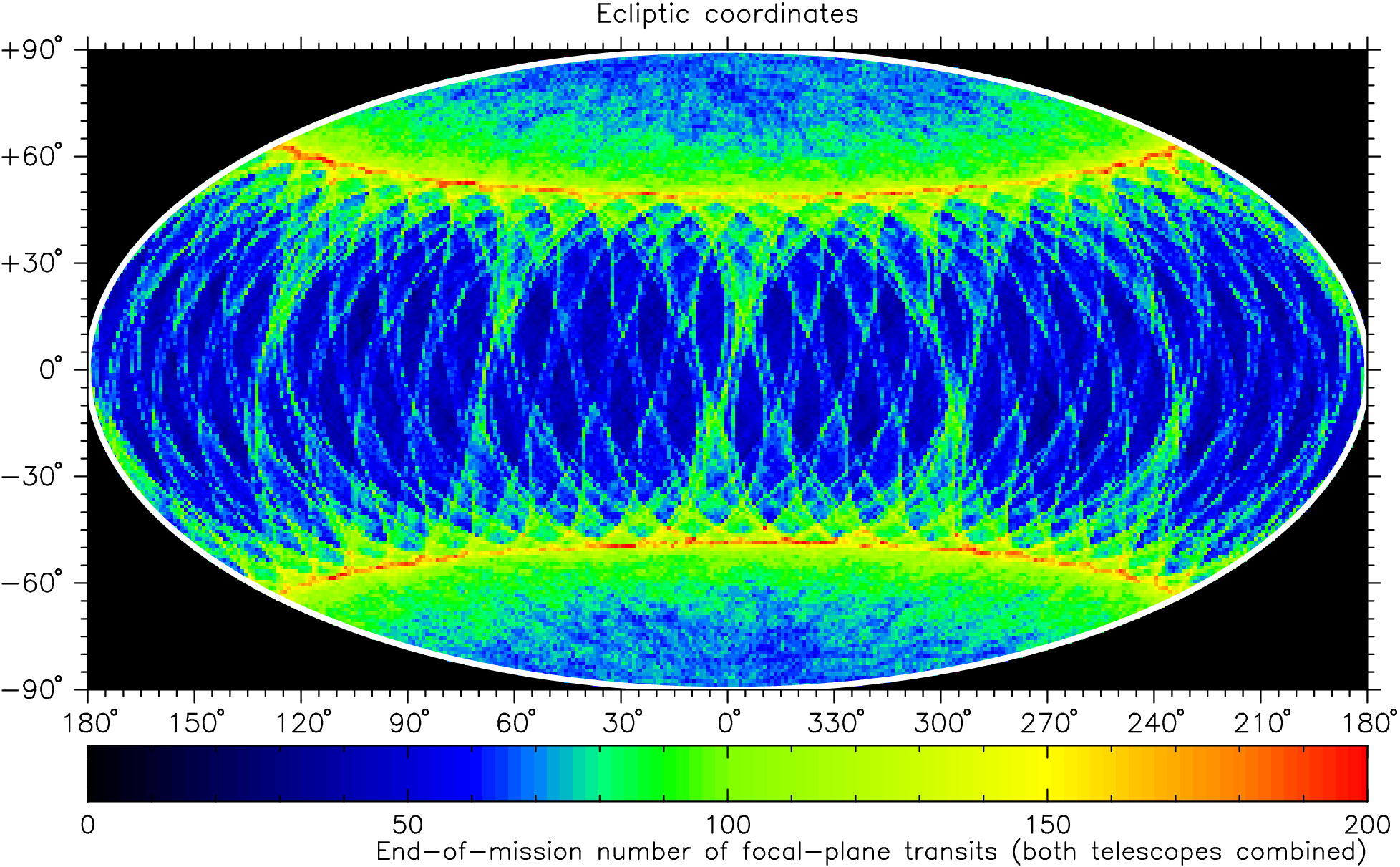 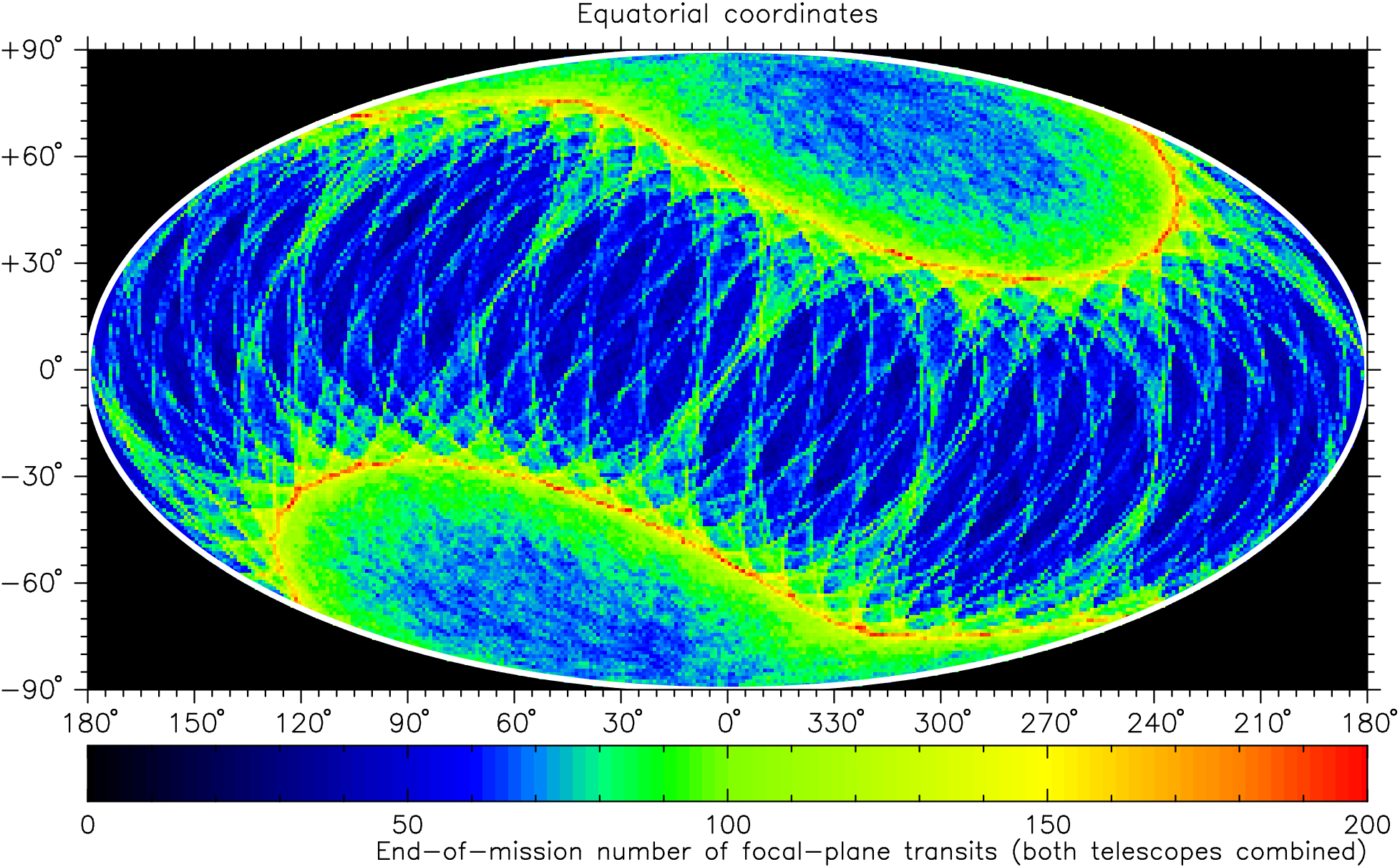