This site is under construction ! Please go to [Solar Orbiter](https://www.cosmos.esa.int/solar-orbiter) for the actual site
ESA uses cookies to track visits to our website only, no personal information is collected.
By continuing to use the site you are agreeing to our use of cookies. OK
Find out more about our cookie policy.

Further information can be found here.

STIX  provides imaging spectroscopy of solar thermal and non-thermal X-ray emission from ~4 to 150 keV. STIX will provide quantitative information on the timing, location, intensity, and spectra of accelerated electrons as well as of high temperature thermal plasmas, mostly associated with flares and/or microflares. STIX is based on a Fourier-transform imaging technique essentially identical to that used successfully by the Hard X-ray Telescope (HXT) on the Japanese Yohkoh mission, and very similar to that used for RHESSI. 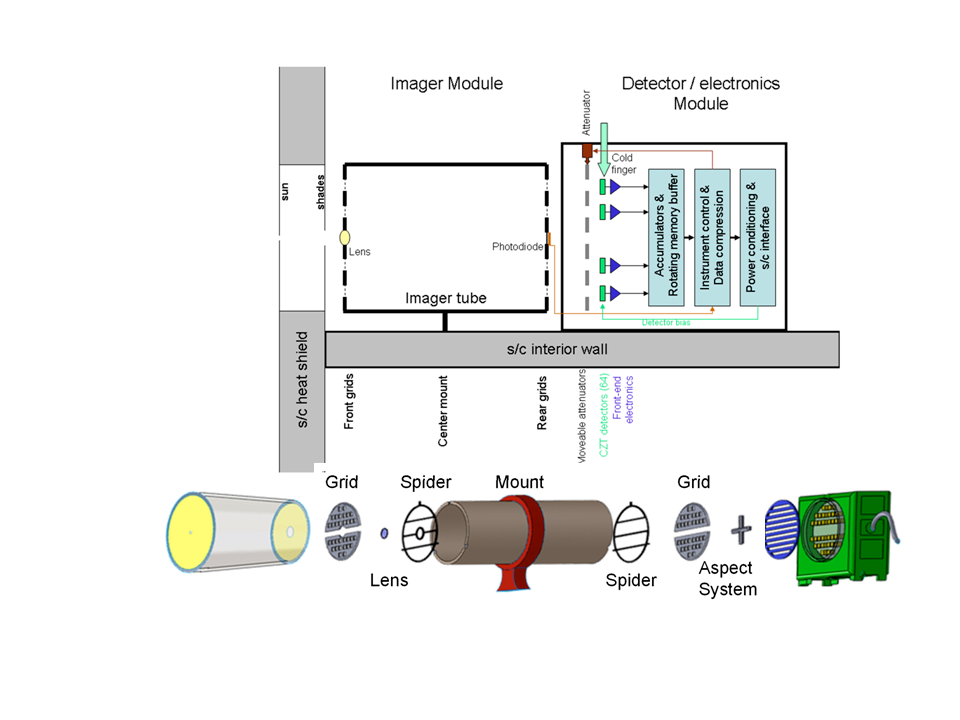 As shown in the figure, the STIX instrument comprises three mechanically decoupled modules:

Telemetered STIX data corresponds to the rates of individual detectors. Data selection, time and energy binning are done on board, so that a telemetry rate of 0.2 kbps can transmit an average of ~2000 images per hour for image reconstruction on the ground. A flare flag with source location can be made available on board in real time.