Coronae in the X-ray flashlight 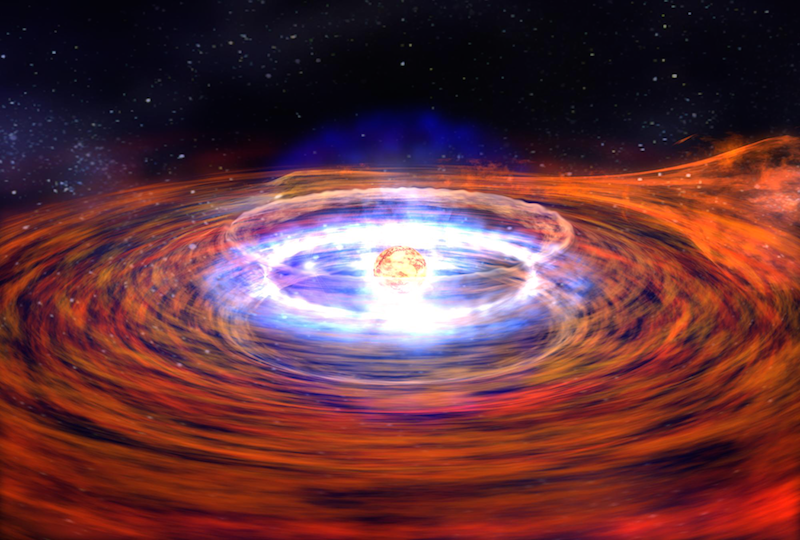 Although the theory of high-energy emission from X-ray binary systems is generally well developed, the nature of the X-ray emitting corona remains poorly understood. The concept of a corona, a hot gas flow radiating inefficiently, has been widely used to model spectral state transitions in X-ray binaries and the connection between disk and jets. The intrinsic properties of these coronae are difficult to obtain and quite different views are proposed in the literature.

Expanding on the methodology used in a recent series of papers, the team discusses the impact of type I X-ray bursts on the coronae in X-ray bursters  as a mechanism to explore corona properties in these systems. This project is expected to shed some further light also on the possible connections among the accretion disk, the corona and jets in other kinds of X-ray binaries.

The project will also lay the groundwork for observing opportunities of X-ray bursters with the first Chinese hard X-ray satellite, HXMT, which is to be launched in 2016. HXMT will provide the largest detection area yet at 20–250 keV, an energy band that is crucial for this line of research.