The Aula Ottagona is part the ancient Baths of Diocletian to the left of the main entrance of Santa Maria degli Angeli. It is a room covered with a dome, also called Aula Ottagona, "octagonal room". On the outside it looks like a square structure. It perhaps functioned as a cold water bath at the Baths of Diocletian. You can descend down a staircase opposite the entrance and attempt to understand the original function of the building. In the 16th century there was still a water basin here.The hall displays a few examples of 2nd-century BC sculptures that hail from various bathhouses across Rome. The metal dome netting inside the hall remains from when it was used as a planetarium between 1928 and 1980s.

Address: Via G. Romita 8 (between Via Cernaia and Via Parigi, just north of Piazza della Repubblica) 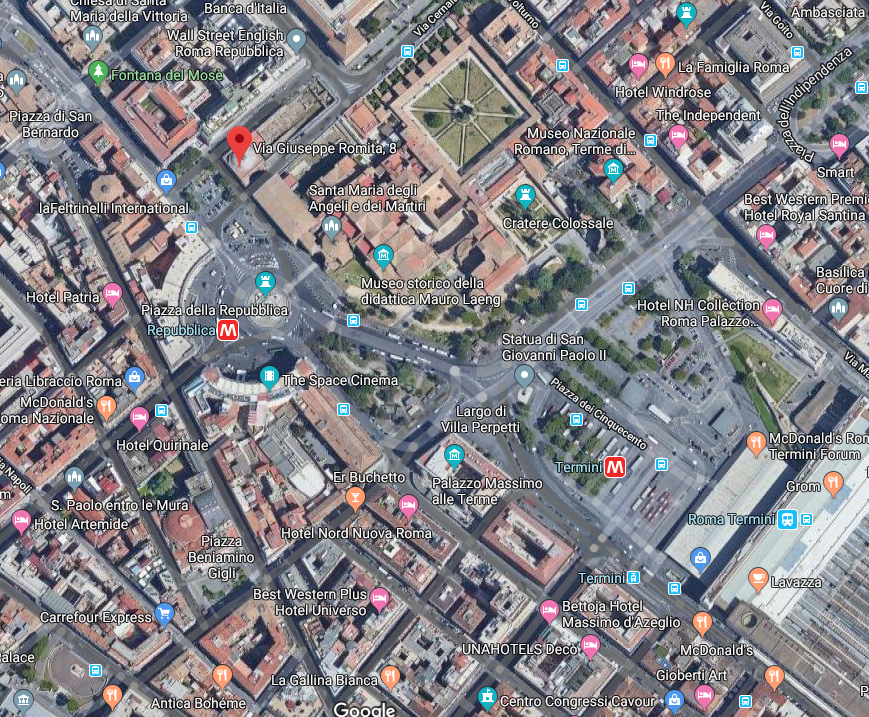