The main objective of the MDM is to explore the dust environment at Mercury's region of the solar system (0.31–0.47AU). It can detect impact momentum, crude direction and the number density of the dust with a field of view covering almost a half-sphere.

Science goals
Dust particles in the inner solar system are believed to have originated from asteroids and comets. One of the expected achievements is to determine the fluxes of low-eccentric Keplerian dust particles (which are decelerating and moving inward due to the Poynting–Robertson effect

) and beta-meteoroid particles. In-situ measurements of dust particles should clarify whether the size shift by dust–dust collision is ongoing in the Mercury region. High-velocity dust impact on the surface regolith of Mercury is considered as one of the source mechanisms for both space weathering (spectral darkening and reddening) and formation of the tenuous atmosphere. Dust particles from Mercury should be impact ejecta which are released from impacts by meteoroids of various sizes.

The MDM system is composed of four 40mm x 40mm (total area = 64 cm2) piezoelectric ceramic sensors made of lead zirconate titanate (PZT). PZT is a very simple device that can stand high temperatures (about +230ºC) and does not need any bias voltage or high voltage for operation. The sensor unit is attached to the outside of the side panel and the electronics unit is installed inside the spacecraft. 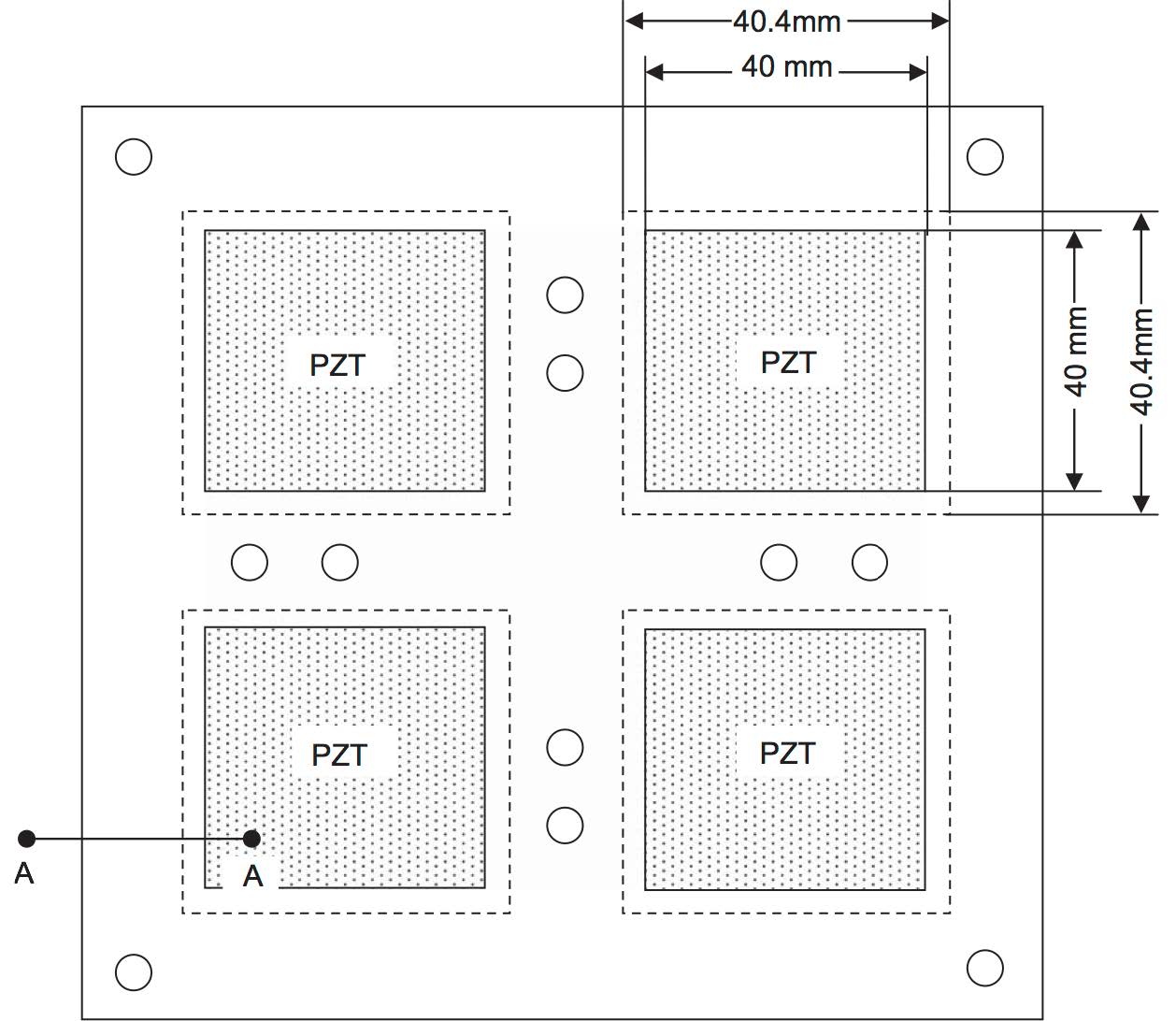 The four piezoelectric sensors of MDM in a carbon fibre reinforced plastic (CFRP) frame. Each sensor is 2mm thick (after Fig 3, Nogami et al., 2010)
100-200 impacts per Earth year are expected; each event can generate up to 1000 data points, and up to 30 events can be stored. The shape of the response depends mostly on velocity, varying from an oscillation (low velocity, Category I) to a single peak (high velocity, Category III) with an intermediate category in between. Linear relationships between the signal amplitude and particle momenta are not affected by temperature or incident angle. For more details see Nogami et al. (2010). 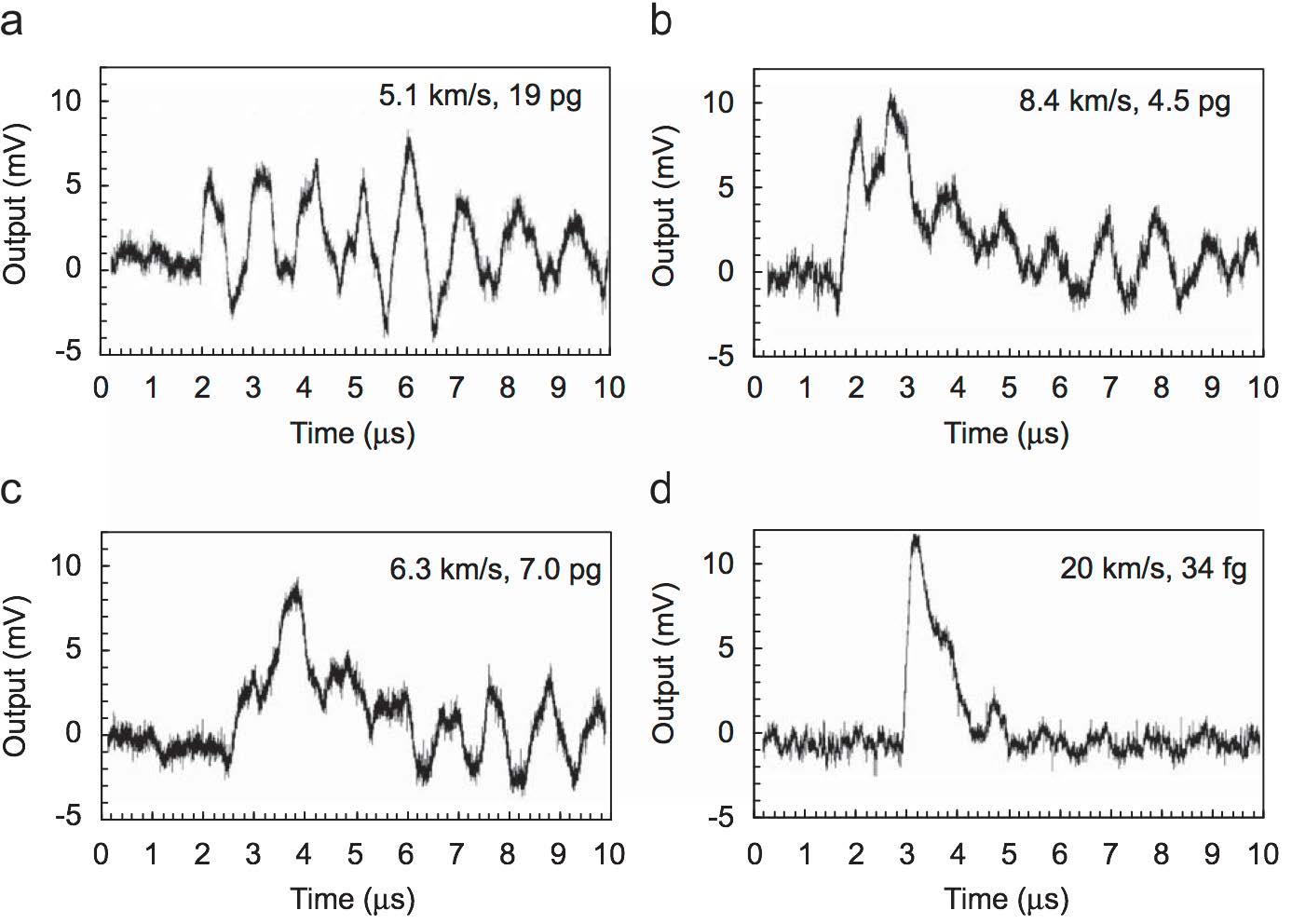