The final sensor, Energetic Neutrals Analyzer (ENA) will detect energetic neutrals created via charge-exchange and will provide us with remote information on how plasma and neutral gas interacts in the Hermean environment.

Science goals
The interaction between the solar wind and Mercury's magnetosphere is unique for many reasons. For example, due to the closeness of the sun and the weak intrinsic magnetic field of Mercury, its magnetosphere is severely compressed; the estimated distance between the subsolar magnetopause and the surface is less than half the planetary radius. This could mean that sometimes the solar wind can directly interact with the planetary surface. Even if this doesn't happen, the plasma at the cusp can always interact with the surface, since there is no strong mirror reflection due to the smallness of the mirror ratio. How this kind of direct interaction with the surface affects the rest of the magnetospheric processes is an intriguing question that can never be tested in other planetary magnetospheres.

MPPE on BepiColombo/MMO will measure plasma, high-energy particles, and energetic neutral atoms around Mercury. MPPE will also make simultaneous measurements of high-energy electrons and ions, which is quite important in understanding the charged particle acceleration mechanism in a small scale magnetosphere.

MPPE consists of seven sensors. The seven sensors are two electron energy spectrum analyzers (MEA1 and MEA2), an ion energy MSA, an ion energy spectrum analyzer (MIA), a highenergy particle instrument for electrons (HEP-ele), a highenergy particle instrument for ions (HEP-ion), and an ENA. Four low-energy sensors MEA1, MEA2, MIA, and MSA are installed on the diagonal four corners of the octagonal MMO spacecraft in order to minimize the interference of the spacecraft body in measuring low energy charged particles. High time resolution measurement is realized by installing two electron sensors (MEA1 and MEA2) and two ion sensors (MIA and MSA) 90º apart from each other. High-energy ion sensor (HEP-ion) has conical field of view while high-energy electron sensor (HEPele) and ENA has radial field of view. Since the thermal conditions around Mercury is so severe, all the MPPE sensors have their own thermal shield in order to minimize the thermal input from their entrance apertures. MPPE sensors are controlled by a common data processor MDP1 (Mission Data Processor 1). The data obtained by MPPE sensors are transmitted to MDP1. MDP1 is responsible for processing and formatting the telemetry data, calculating velocity moments, and reducing the quantity of the data by adding, selecting, or compressing the data. 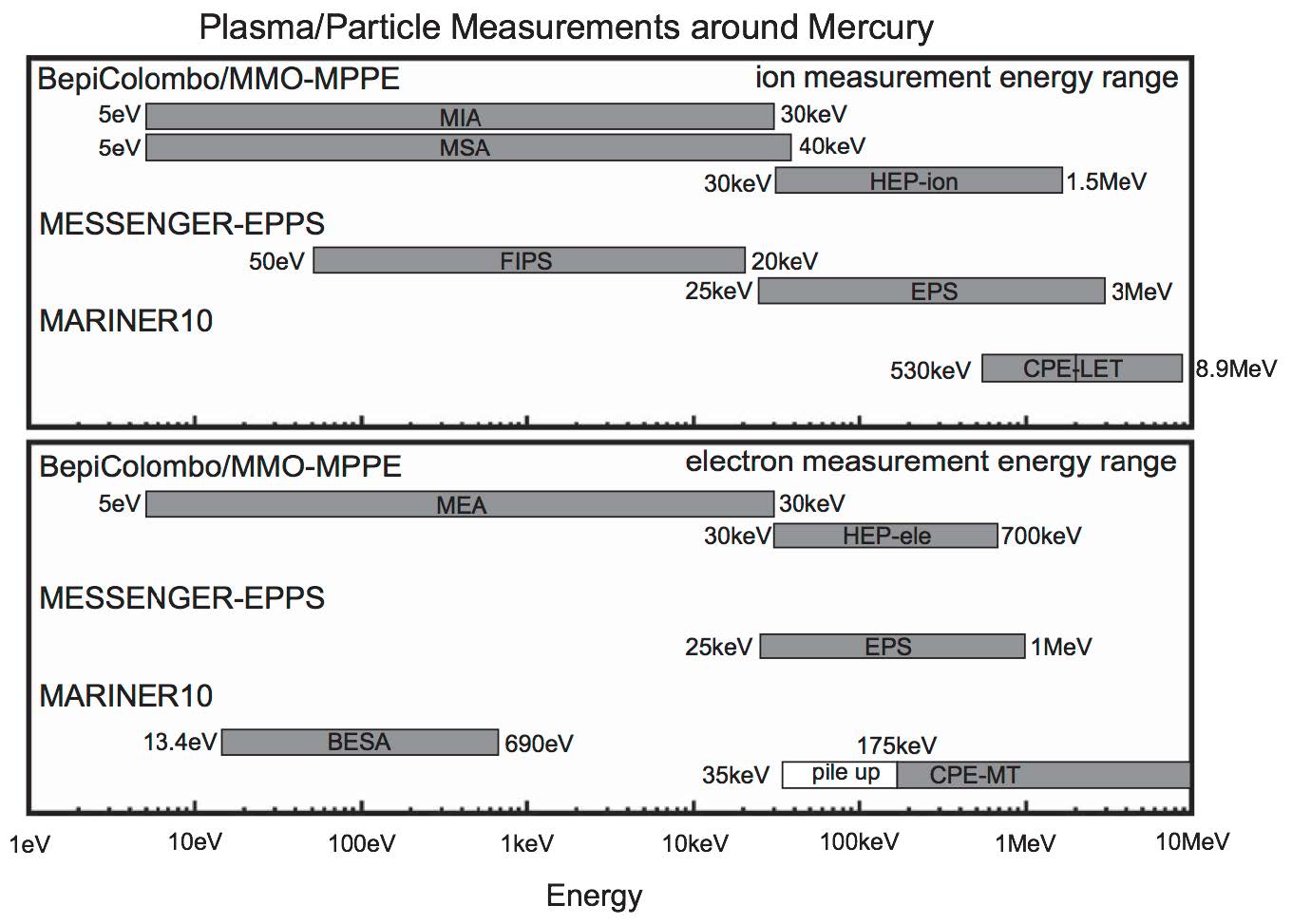