Pronounced ‘musashi', MSASI (Mercury Sodium Atmospheric Spectral Imager) is a spectrometer devoted to the measurement of a narrow sodium D2 emission line (589nm ± 0.028nm) against the bright surface of Mercury. A single high-resolution Fabry–Perot etalon is used in combination with an ultra-narrow band-pass filter. Full-disk images of the planet are obtained by means of a single-axis scanning mirror in combination with the spin.

The scientific objectives of MSASI include the

these are explained in further detail below.

Source processes considered likely are thermal desorption, photon-stimulated desorption, sputtering by impacting particles in the solar wind, and meteoroid vaporisation. The target of the MSASI instrument is to observe the north–south distribution and to measure the temporal variations of the release rate of sodium atoms. Through these capabilities, it will be possible to investigate the likely source processes.

Some researchers have seen significant spatial asymmetries: the average column density of sodium atoms in the morning region is larger than that in the afternoon by a factor of 3. Sodium atoms are implanted on Mercury's cold surface during the night. However, other workers have not observed this morning/afternoon asymmetry; this has not yet been resolved. 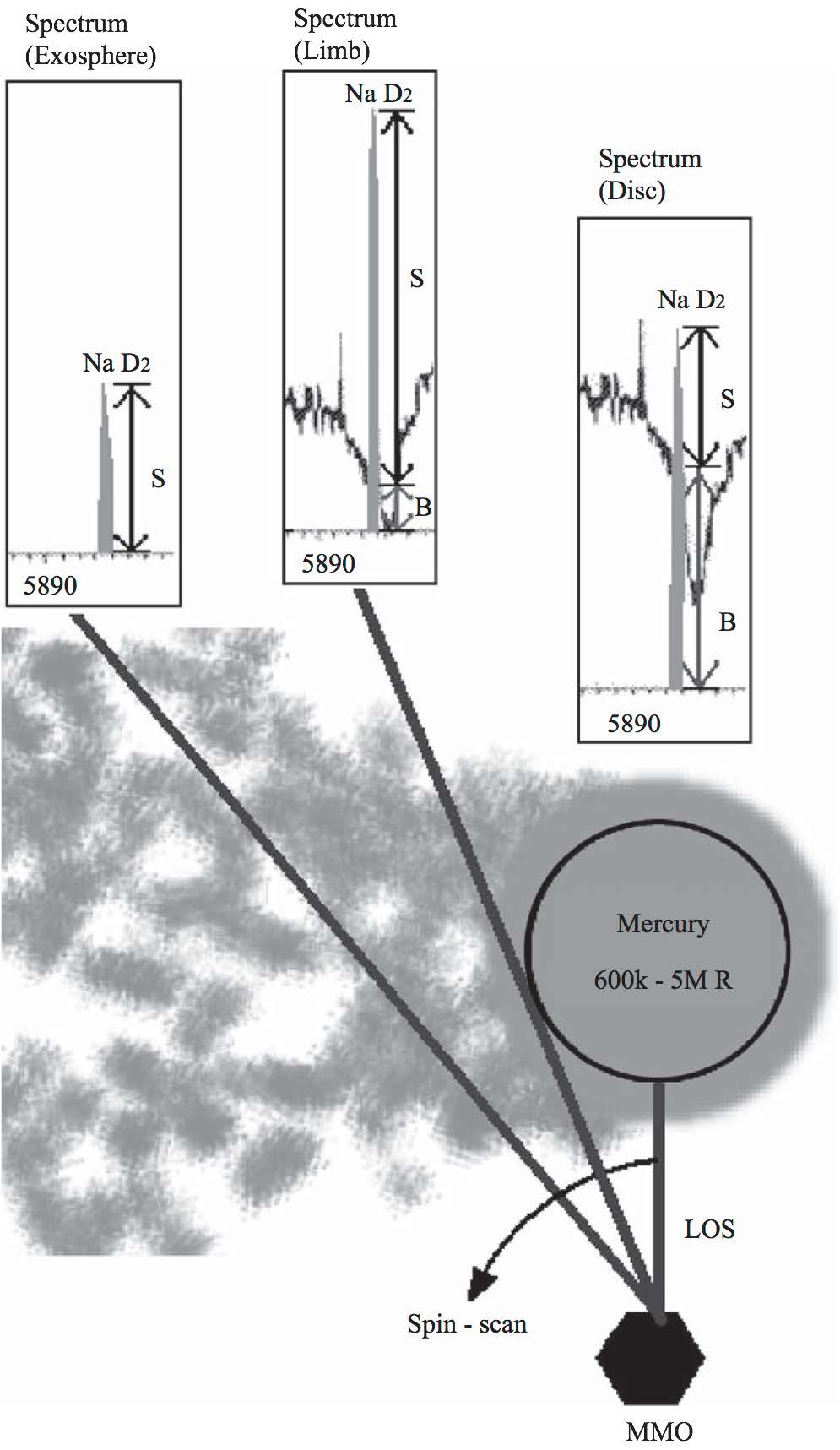 Enhancements have been found at particular locations on the surface. the spatial resolution of MSASI varies between 5km (periapsis) and 40km (apoapsis), which is anticipated to enable a clear differentiation between the effects of particle sputtering and a possible topographic effect.

A Fabry-Perot interferometer produces a circular fringe pattern on its focal plane. A part of this circular fringe (a circular arc oriented along the spin axis direction of the spacecraft) is used as a 1D image. Each 2ms, the instantaneous field of view shifts by 0.18º along the spin-scan direction. Hence, using a one degree-of freedom scanning mirror (15 mm x 25 mm) to alter the line-of-sight from 25º to 55º, plus the spin of the spacecraft, it can obtain full-disk images of the planet and the sodium tail. The radiation-tolerant CMOS device with an image intensifier is used as a photon detector. 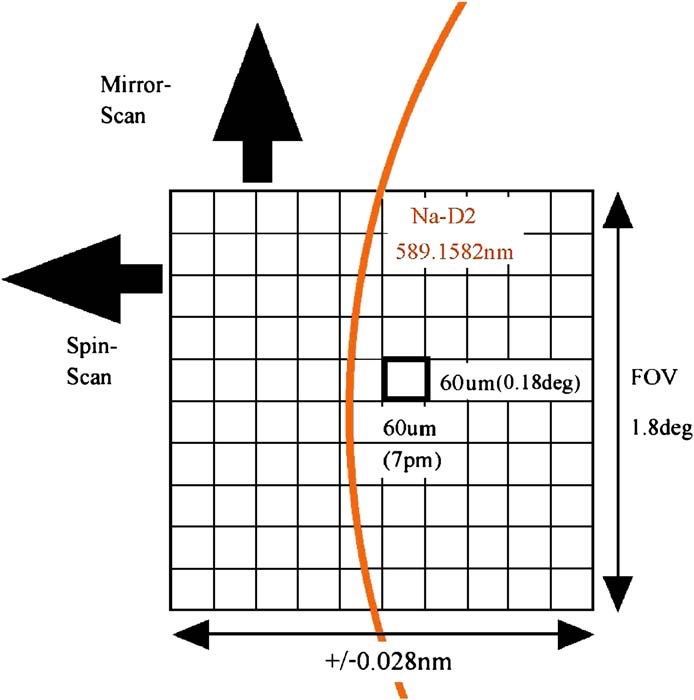