The Plasma Wave Investigation (PWI) consists of two sets of electric field sensors (MEFISTO and WPT) and two kinds of magnetic field sensors (LF-SC and DB-SC), which are connected to three receivers (EWO, SORBET and AM2P). The PWI will observe both waveforms and frequency spectra in the frequency range from DC to 10 MHz for the electric field and from 0.1 Hz to 640 kHz for the magnetic field.

The Plasma Wave Investigation (PWI) will allow us to study the activities of electric fields, plasma waves, and radio waves in the Hermean plasma environments through the first in-situ and remote-sensing observations. The global electric field measurement provides the information of plasma transport and acceleration in the magnetosphere. The plasma waves provide information on energy and momentum exchange processes governing collisionless plasmas. The radio waves can be used as the remote-sensing tools for magnetospheric activities such as Earth-like auroral kilometric radiation, etc. Solar radiation will also be used as a solar activity monitor in the heliocentric sector facing Mercury, by stereoscopic studies combined with similar measurements in Earth orbit. The PWI also has the capability to measure the electron density and temperature as a fundamental plasma diagnostics. Through collaboration with other insitu and remote-sensing measurement onboard the BepiColombo MMO and MPO, these will give important information on the structure, dynamics, and physical processes in the unique magnetosphere and exosphere of Mercury. 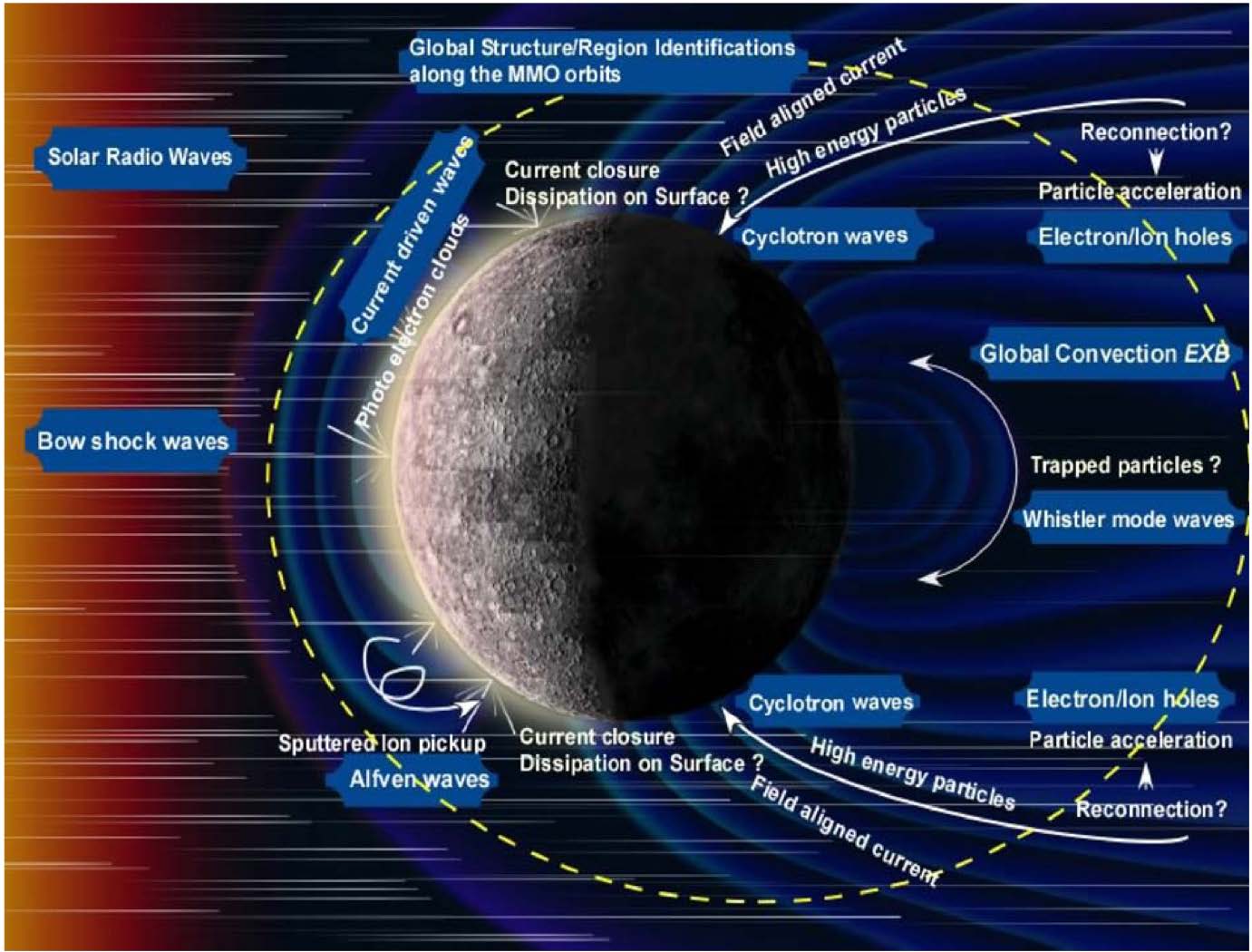 MEFISTO (Mercury Electric Field In-Situ Tool) and WPT (Wire-Probe anTenna) are the antennas illustrated below, which extend either side of the spacecraft to a total length of 32m each, allowing a two-dimension view of the electric field.

LF-SC (Low-Frequency Search Coils) and DB-SC (Dual-Band Search Coil) are magnetic field sensors, also illustrated below on the end of the mast labelled MAST-SC. LF-SC has two coils in two orientations, which observe magnetic waves in the frequency range 0.1 Hz to 20 kHz. DB-SC has two coils that are both in the third orientation – one detects low frequency fluctuations (0.1 Hz to 20 kHz) and the other detects high frequency fluctuations (10kHz up to 640 kHz). 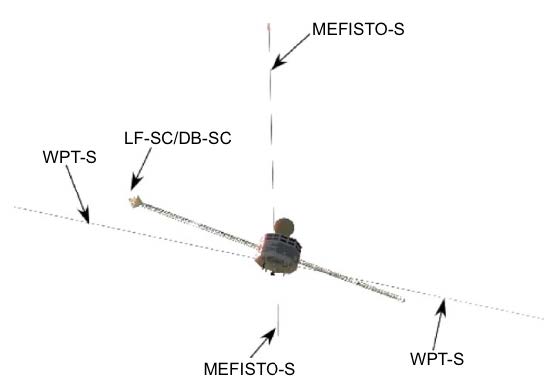 External view of the MMO spacecraft and PWI sensors (after Fig. 3, Kasaba et al.,
2010). The labelled mast is referred to as MAST-SC and the unlabelled mast is
termed MAST-MGF and holds the MGF dual-sensor instrument. 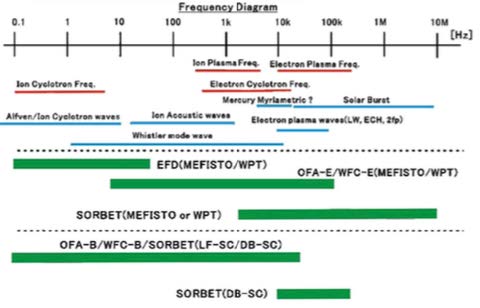