The GSPC was proposed by by the Space Science Department of ESA, the Mullard Space Science Laboratory of University College London, the University of Palermo and the University of Milan. The GSPC were perfectly throughout the mission. The energy resolution, DeltaE/E, was 4.5 (E/6 keV)-0.5 % FWHM, approximately a factor of two better than that of the ME. The peak effective area was around 100 cm2. The energy spectra were divided into 256 pulse height analysed channels. Several different gain modes were used, with the most commonly used, called Gain 1.0, giving an energy window of 2-32 keV while Gain 2.0, covered 2-16 keV. The gain of the GSPC varied by a few percent usually on timescales of days to months. In addition, shortly after it was turned-on, the gain took up to 10 minutes to stabalise. These variations can be removed using two background line features at 10.54 keV and 12.70 keV caued by fluorescence in the lead collimators. The standard OBC programme for the GSPC was HEBL4, which gave 256 channel spectra every 8 sec. 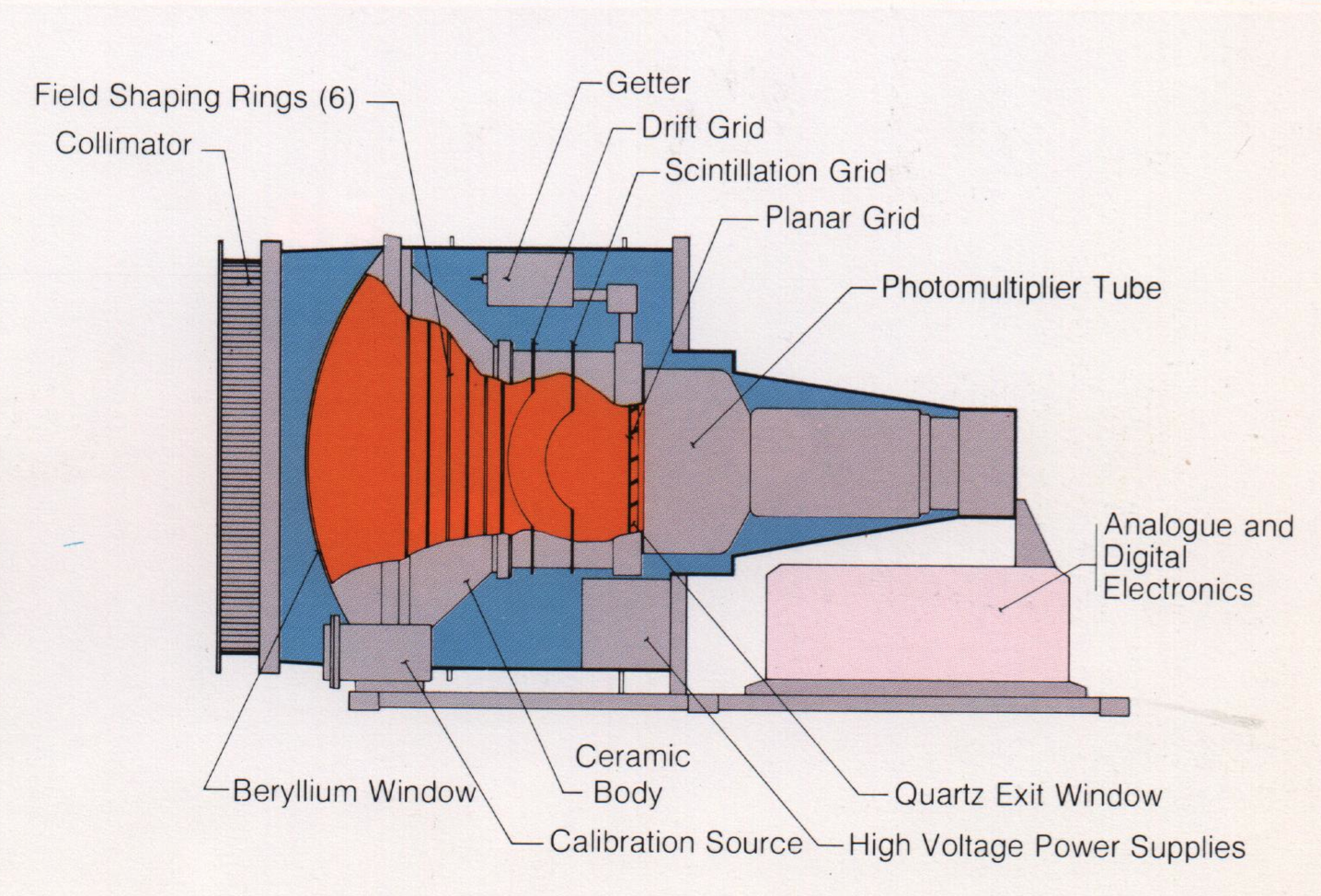