The ME was an array of eight proportional counters with a total geometric area of 1600 cm2 providing spectral and timing data between 1-50 keV. The instrument was proposed by the University of Leicester, the Max Planck Institute at Garching and the University of Tubingen. Each proportional counter consists of two layers; an argon chamber on top seperated by a 1.5 mm beryllium window from a xenon chamber. The entrance windows to the argon detectors were also made from beryllium. Each proportional counter used a multi-wire design to provide an energy resolution DeltaE/E of 21 (E/6 keV)-0.5 % FWHM for the argon chambers and 18 (E/22 keV)-0.5 % FWHM for the xenon. The output from each channel was divided into 128 channels in the energy range 1-20 keV (argon) and 5-50 keV (xenon). The lead-glass collimators restricted the FOVs to squares of 0.75 by 0.75 degress. To optimise the background subtraction each half of the detector array was alternatively offset to monitor the particle and diffuse backgrounds. Each pair of detectors (a detector quadrant) was pivited around the line joining the opposite corners of a quadrant. Alternatively, if all eight detectors were coaligned to maximise throughput, the background can be subracted using spectra obtained from nearby slews. The ME detector performed well, with only one detector out of the eight failing towards the end of operations (on 20 August 1985). 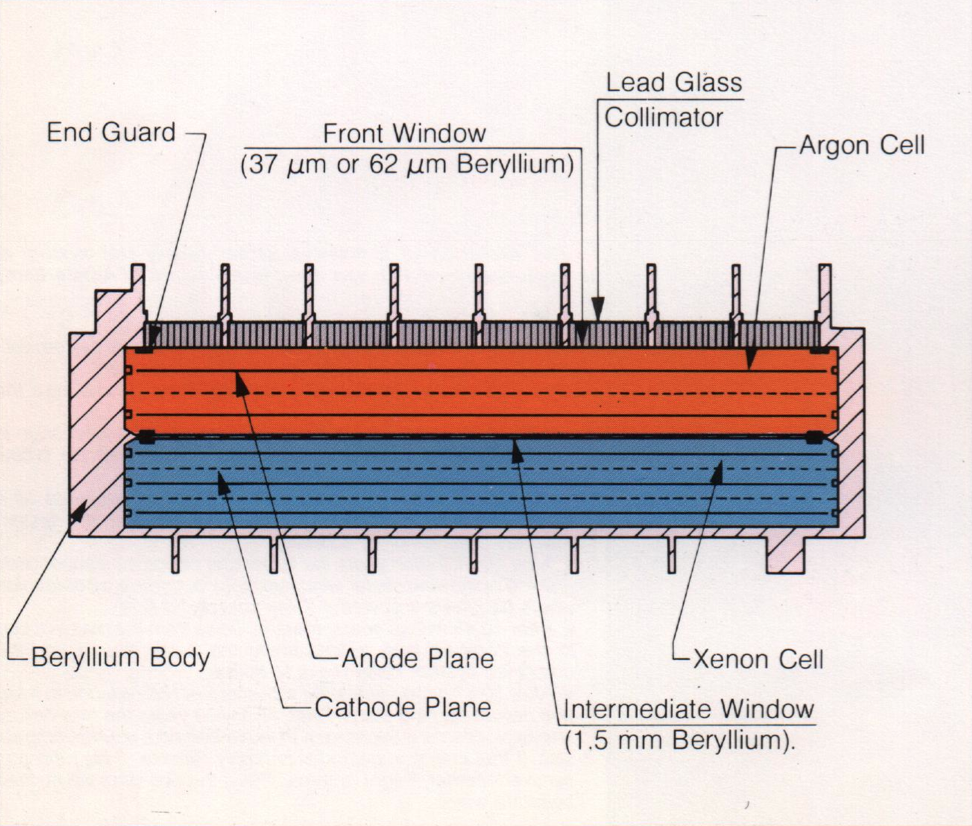 The high count rates given by the ME required OBC programmes to compress the data prior to being transmitted to the ground. Depending on the objectives of the observation, the OBC programmes traded time resolution for spectral resolution and bandwidth. Muliple OBC programmes could be run in parallel, depending on the telemetry and processing loads. The spectral intenstiy programmes (e.g., HER4 and HER5) gave spectra together with intensity profiles while the the timing programmes (e.g., HTR3 and HTR4) gave intensity profiles with no prior energy selection. The highest time resolution for a single selectable energy range was 0.25 msec.