The LGA/F can be seen mounted on the three support struts; it has hemisperical coverage and provided S-band downlink at those times in the early mission when the HGA was not pointed at the Earth. Currently, the LGA/F receives the S-band uplink; see the Radio Frequency Distribution Unit connectivity diagram to see the uplink path. 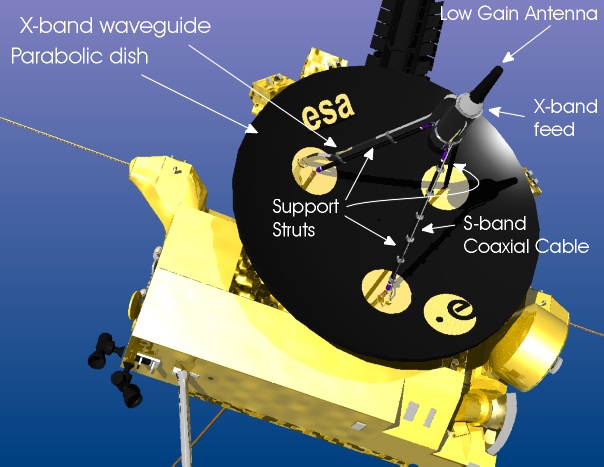 The LGA/R is similar to the Low Gain Antenna (Forward) but is mounted on the opposite side of the spacecraft protruding from the -X wing. It was used to provide S-band uplink and downlink during phases of the early mission when both the HGA and the LGA/F were pointed away from the Earth, after deployment from the Shuttle and before the initial Earth Acquisition Manoeuvres.

The LGA/R is no longer routinely used; however it could be used as a backup receive antenna in the highly unlikely event that uplink was not possible via HGA or LGA/F. A major depointing at exteme distances, or malfunction of the Radio Frequency Distribution Unit could conceivably cause this. 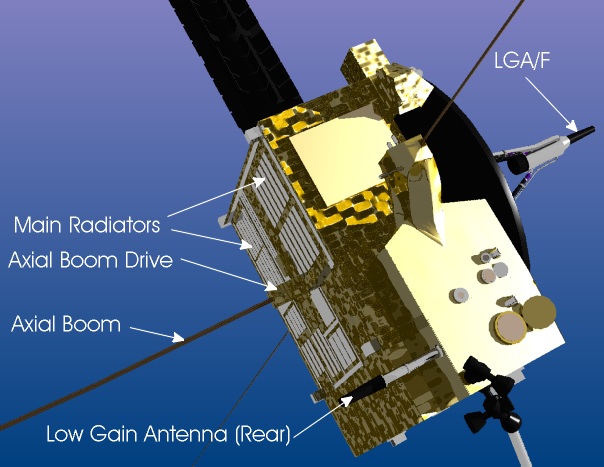