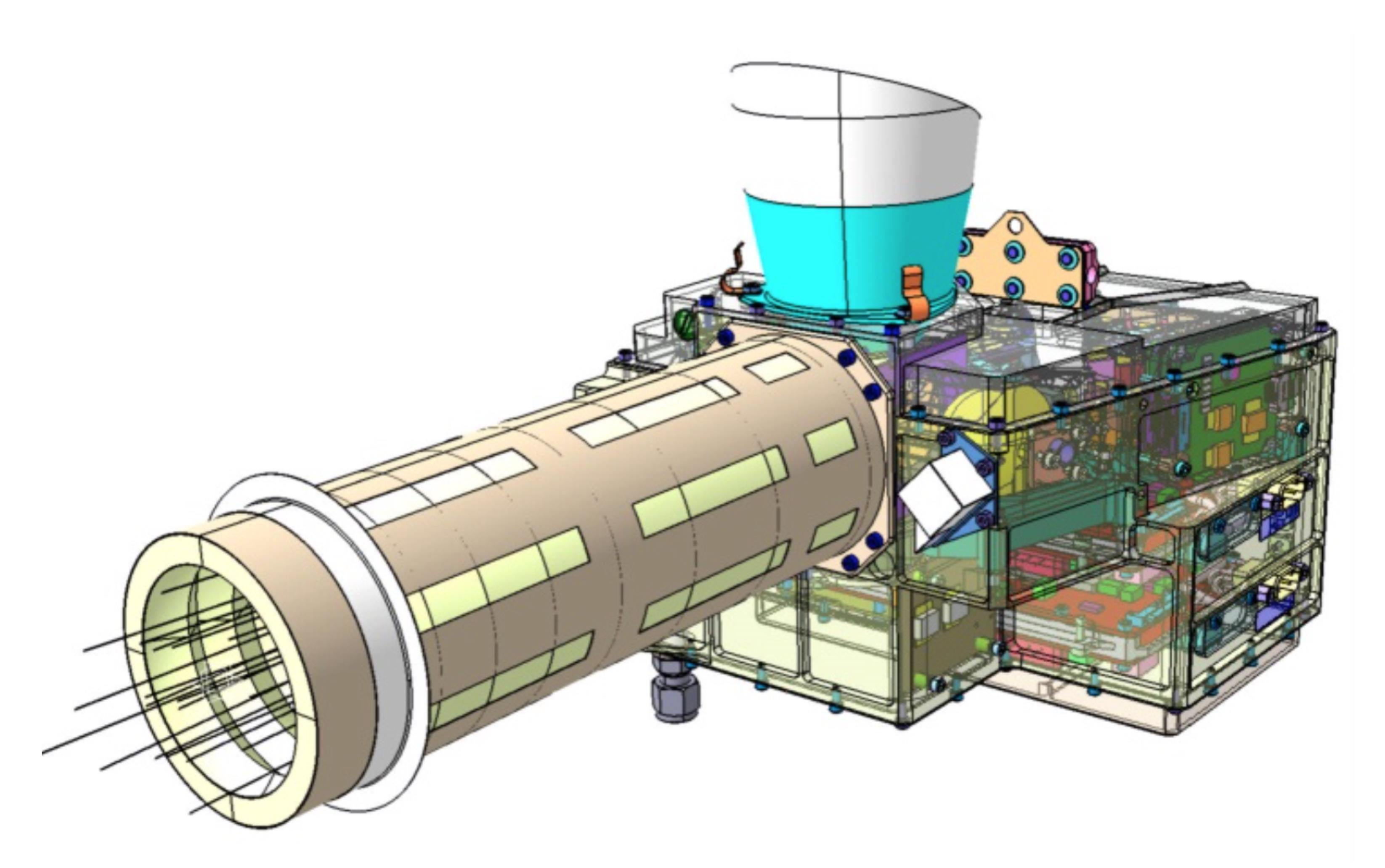 Among the terrestrial planets, Mercury plays a special role. It is the smallest and most dense planet. It has probably the oldest surface – which is heavily gardened by space weathering. It also shows large daily surface temperature variations. Understanding Mercury is crucial to developing a better understanding of the early processes in the inner solar system, of how our Earth formed and evolved, and of how it interacts with the Sun.

The goal of MERTIS is to provide detailed information about the mineralogical composition of Mercury's surface layer. It will do this by measuring the spectral emittance of different locations with high spectral resolution. Knowledge of mineralogical composition is crucial for choosing the best of several competing theories, and thus for selecting a valid model for origin and evolution of the planet. MERTIS has four main scientific objectives: the study of Mercury‘s surface composition, identification of rock-forming minerals, mapping of the surface mineralogy, and the study of surface temperature and thermal inertia.

On Mercury, the spectral radiance at day side shows that the thermal emission starts to dominate the radiance already at wavelengths larger than 1.2 µm (at 725 K) depending on the surface albedo. The range between 0.8 and 2.8 µm is a transition region characterized by the overlapping of the reflected solar radiation and the thermal emission. However, Mercury's thermal flux exceeds the flux reflected from its surface. This enables emittance spectroscopy in the thermal IR range where there is high potential for mineral identification because it is in this region where the major rock-forming minerals (e.g. feldspar) have their fundamental vibration bands.

The instrument's functional concept is based on the sequential illumination of four targets – the planet, open space, 300 K and 700 K black bodies as Mercury target references. MERTIS will cover a wavelength range from 7 to 14 µm. This will enable the detection of the main features in this spectral region, such as the Christiansen frequencies (emissivity maxima), the emissivity minima in the Reststrahlen region and the transparency features. In addition MERTIS will be able to measure thermo-physical properties of the surface like thermal inertia and internal heat flux.

MERTIS is an IR-imaging spectrometer. It will make use of the micro-bolometer technology where no cooling is required and which can be used in a hot environment like that at Mercury. The FOV will be 4 deg and the grating of the spectrometer combines diffractive and imaging tasks in one element. The spectrograph has a high spectral resolution of up to 90 nm which can be adapted depending on the actual surface properties to optimize the S/N ratio. MERTIS will globally map the planet with a spatial resolution of 500 m and a S/N of at least 100. For a typical dayside observation the S/N ratio can exceed 1000 even for a fine grained and partly glassy surface. It will map 5-10% of the surface with a spatial resolution of better than 500 m. The flexibility of the instrumental setup will allow the study of the composition of the radar bright polar deposits with a S/N ratio of >50 for an assumed surface temperature of 200 K. MERTIS will produce classification maps for the global distribution of surface types on Mercury. 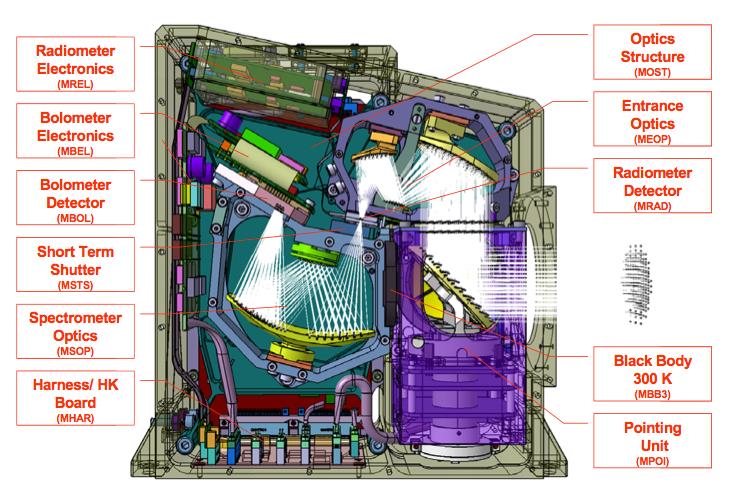 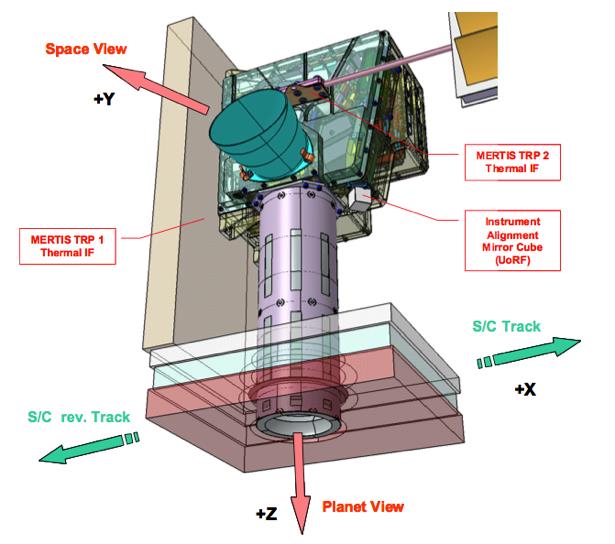