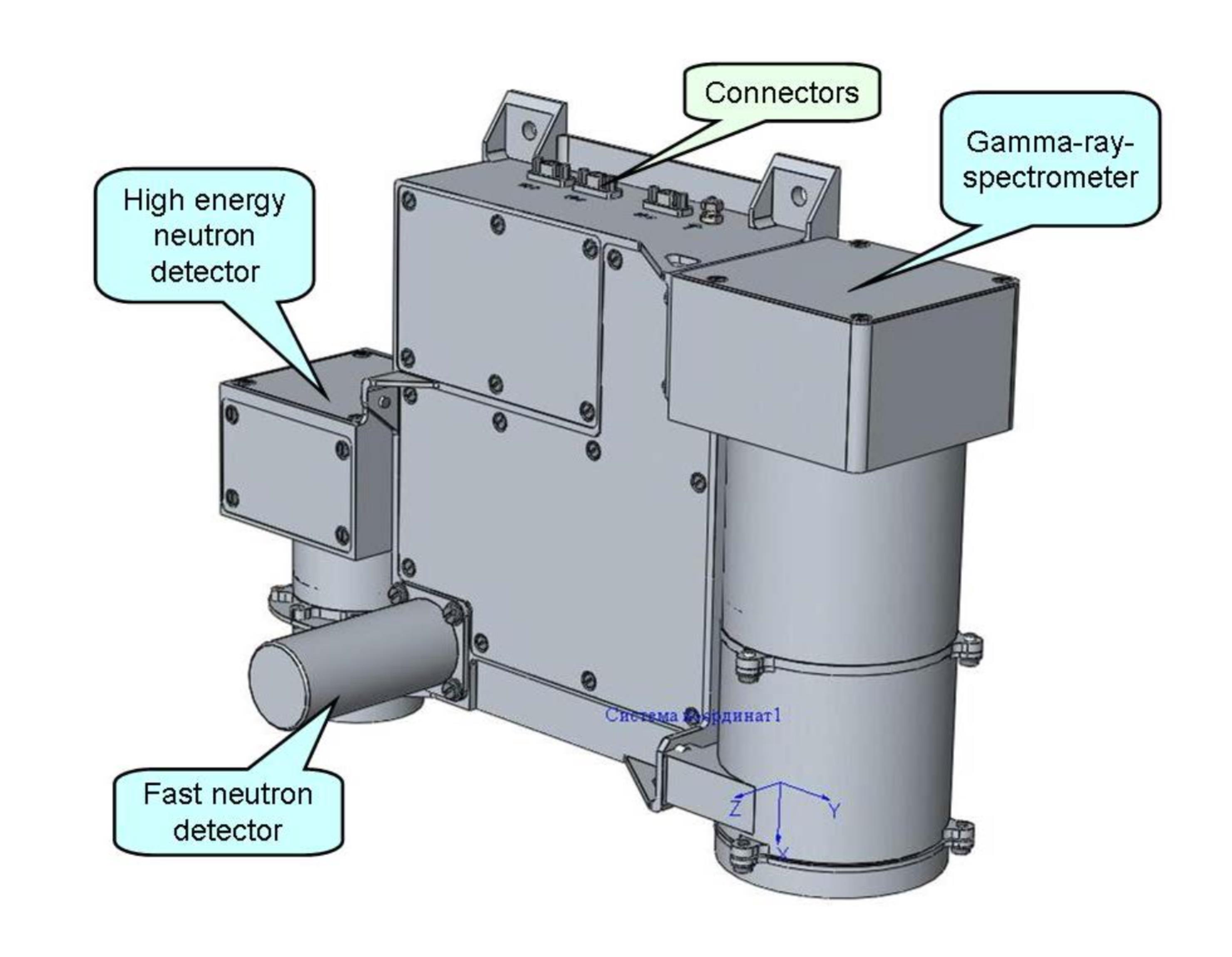 The main objective of the gamma and neutron spectrometer is to determine the elemental compositions of distinguishable regions over the entire surface of Mercury. The elemental composition will be determined by the measurements of nuclear lines of major soil-composing elements, of the leakage flux of neutrons and of the lines of natural radioactive elements with an accuracy about 10-30 % and with a surface resolution of about 400 km at the pericenter of the MPO orbit.

A secondary objective is to determine the regional distribution of volatile depositions on the polar areas of Mercury which are permanently shadowed from the Sun, and to provide a map of column density of these depositions with the accuracy of 0.1 g cm-2 g/cm2 and with a surface resolution of about 400 km.

Mercury lacks an atmosphere and has a weak magnetic field, therefore, cosmic rays propagate to and interact with its surface. Due to the cosmic ray bombardment, a large number of secondary neutrons are produced within a subsurface layer of 1 to 2 m thickness. These neutrons interact with nuclei of atoms of the subsurface material, producing emission of gamma ray lines. Each chemical element has a unique set of these lines, so that gamma-ray spectroscopy can identify the composition of the Mercury subsurface. The elementary composition of that region can be studied from observations of these induced nuclear gamma-ray lines and the neutron albedo. Lines of natural radioactive isotopes of K, Th and U are produced independent of the bombardment by galactic cosmic rays. The energy spectrum of leakage neutrons also depends on the composition of subsurface material.

MGNS is based on two separate segments with five individual detectors. MGRS is the mercury gamma ray spectrometer and uses a LaBr3 scintillator. MNS is the mercury neutron spectrometer and consists of three neutron sensors, SD1, SD2 and MD which have identical 3He proportional counters and analogue electronics. It is developed according to the heritage of the HEND instrument on the Mars Odyssey space craft. Only the MNS has an electrical interface with the spacecraft systems.

MGNS measures fluxes of gamma-rays and neutrons from the surface of Mercury, which are produced by Galactic Cosmic Rays or by natural radioactivity of specific elements.

MGNS will operate continuously in orbit of Mercury. The axis of the instrument detectors will be aligned to nadir. Science and housekeeping data will be written into the standard telemetry frames of MGNS. These frames have standard structure and contain instrument time and on-board time with accuracy higher than 1 ms. The duration of the data accumulation of a particular frame could vary from 10 seconds to several minutes, which allows the construction of a pixel-map of Mercury with the optimal surface resolution. Scientific analysis will be performed on the ground and will be based on the comparison of observational data with Monte Carlo numerical simulations of count rates of gamma-rays and neutrons for different models of composition of the surface of Mercury. 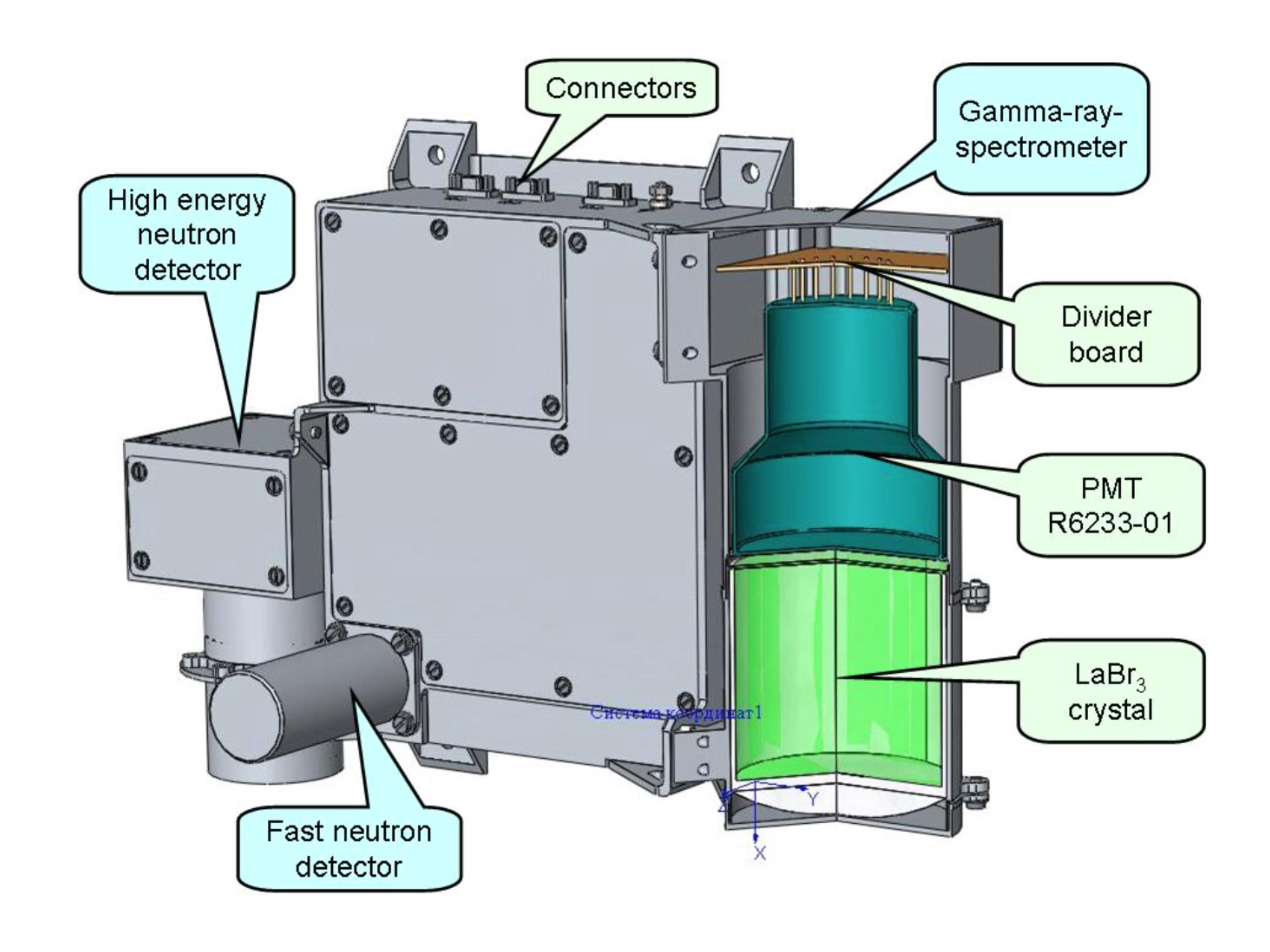 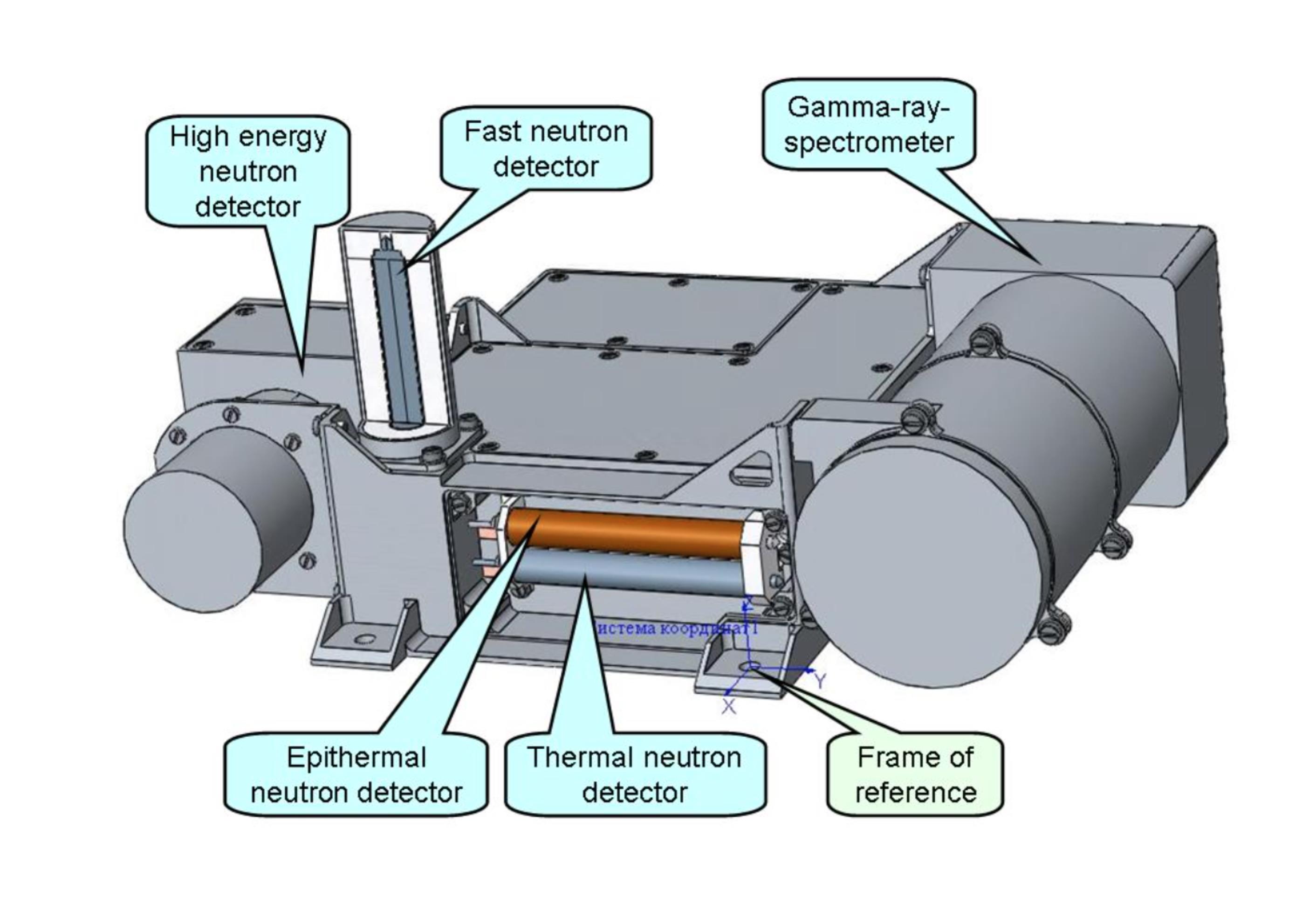