PHEBUS uses UV emission from Mercury's exosphere to characterise its composition, structure and dynamics, and surface-exosphere connections. PHEBUS is a FUV-EUV spectrometer working in the wavelength range from 55 to 330 nm and devoted to the characterisation of Mercury's exosphere composition and dynamics. Two gratings and two detectors are used according to a special, innovative, compact design. A one degree-of freedom scanning system allows probing, at the highest possible signal to noise ratio, selected regions and altitude ranges of interest.

The general scientific objectives of PHEBUS, oriented toward better understanding of the coupled surface-exosphere-magnetosphere system may be summarized as follows:

Additional scientific objectives, like the search for surface ice layers in permanently shadowed regions of high-latitude craters, and optionally the measurement of reflectance UV signatures of ferrous iron in the regolith, are also within the scope of instrument objectives.

All of these objectives can be completed by PHEBUS alone, but can be synergistically enhanced by measurements from other experiments of BepiColombo (MSASI, MPPE on MMO; MIXS, SERENA on MPO). Night side observations of the surface using the interplanetary H Ly-alpha glow are also planned, to investigate the surface ice layers in the high-latitude craters.  Additional science objectives relate to heliospheric and solar physics and include studies of the interaction of interstellar gas with the solar environment, solar coronal emission lines, stellar physics (hot UV stars) and UV observations of comets and small bodies in the inner heliosphere.

The instrument is composed of two Ultra-Violet spectrophotometers and one scanning mirror (one axis rotation). A movable mirror will take the light from the exosphere above the limb onto the entrance slits of the spectrometers with a minimum of reflections in order to maximize the UV count rate of MCP detectors.

PHEBUS receives the UV emission through a baffle, mounted through the radiator at an angle of 10º and can rotate by 360º in one plane. This allows one-degree of freedom in pointing, enabling scanning of selected regions and altitude ranges of interest. The slit (see figure) is parallel to the local horizon and perpendicular to the velocity vector of the spacecraft. Two sets of gratings and detectors can be used individually or together, depending on the SSMM storage/bandwidth available for PHEBUS. Different modes of observation consist of scanned or fixed pointing observations of different regions of interest, e.g. vertical scans, along-orbit scans, grazing observations at twilight, etc. 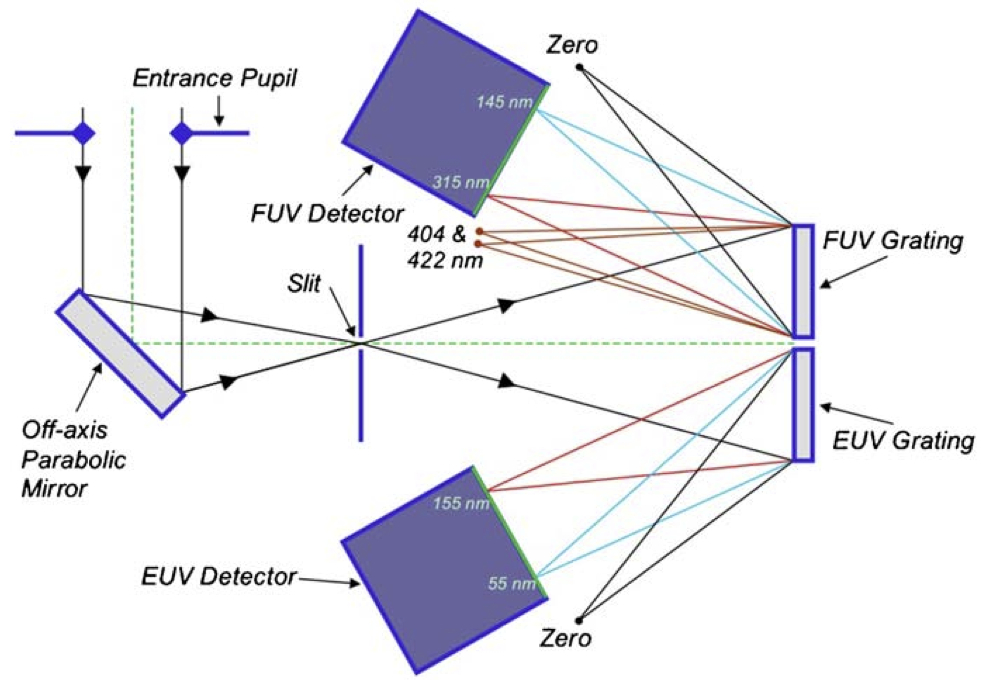 During the mission, the instrument will be regularly calibrated on well-chosen stars, in such a way as to quantitatively determine the Micro Channel Plate efficiency due to a continuous degradation of the detectors. This may require some off-pointing of the spacecraft as EUV stars are common but FUV stars are less readily available. 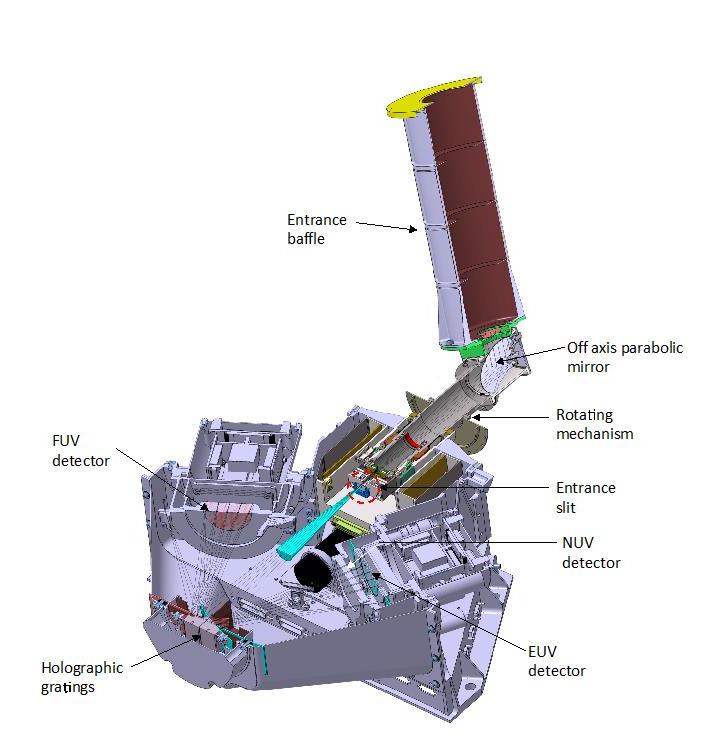 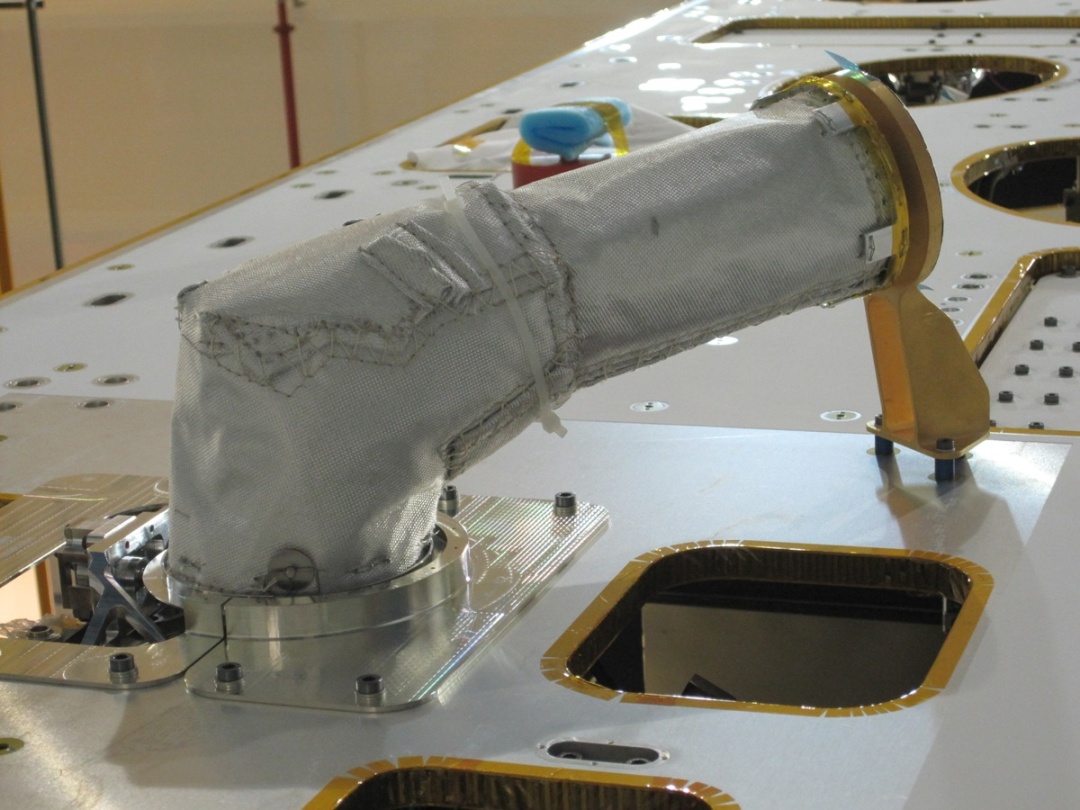 Mounted on the radiator and facing into the parking bracket.