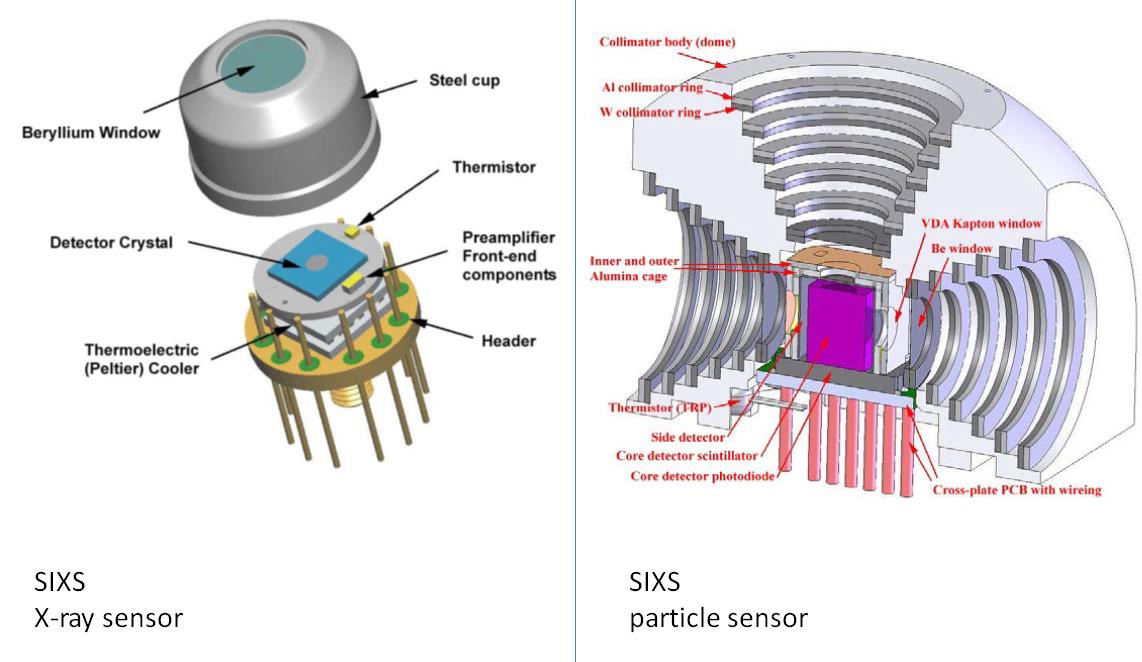 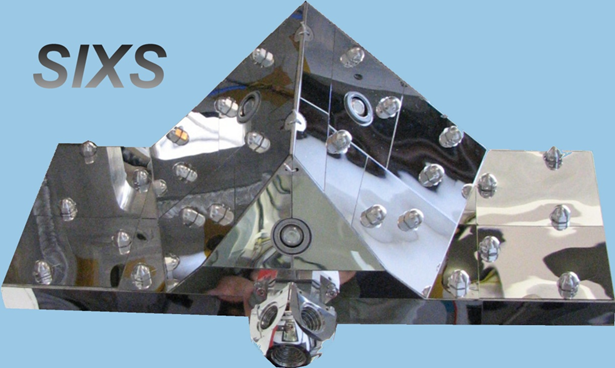 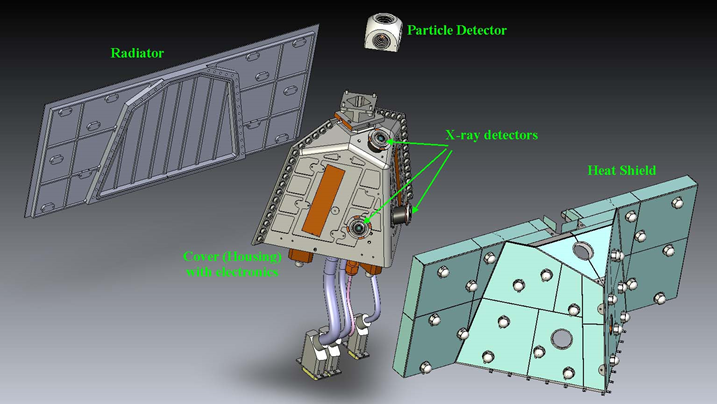 The surface of Mercury is bombarded with intensive solar X-rays and particle radiation, which make the Hermean surface glow in X-rays. Changes of the input radiation are due to solar activity and eruptive phenomena on the Sun. The radiation varies unpredictably with time scales from seconds to years and several orders of magnitude in intensity. The X-ray glow of Mercury provides a "Hermean signature" in the form of fluorescence. The primary task of SIXS is to make observations that are derivable to accurate physical estimates of solar X-ray, proton and electron irradiation at the surface of Mercury. The surface is simultaneously observed by the Mercury Imaging X-ray Spectrometer (MIXS), a closely linked instrument. Data provided by SIXS is mandatory for a valid fluorescence analysis of MIXS spectra. The solar X-ray monitor is also the single source of this necessary data in orbital phases of Mercury while the planet is behind the Sun.

SIXS is capable of performing measurements of X-ray spectra with time resolution down to 1 second in the energy range 1- 20 keV, and simultaneous proton and electron spectra in the energy range 0.33–30 MeV for protons and 50keV–3 MeV for electrons. Both X-ray and particle channels are capable of measuring count-rates up to 20000 cps with very small pile-up, and have a low background. Both channels have a total Field-Of-View of at least 180 degrees in diameter. The detectors can be operated in near room temperature, and the detector materials are highly radiation tolerant. The instrument has on-board radioactive sources (Fe55) for spectral calibration of the X-ray detectors.

Science data will be made available in PDS, FITS, and partly in ASCII formats. Scientific analysis of the data will be carried out primarily at the home (PI) institutes of the SIXS and MIXS instruments. Standard science analysis will include determination of the physical energy scale and spectral resolution of the X-ray data using background signal from the Fe55 source, and fitting of the X-ray spectra with publicly available astronomical X-ray spectrum analysis software. The X-ray standard analysis results will be further interpreted for purposes of fluorescence analysis of Hermean surface by MIXS, and also for independent studies of X-ray corona and flares of the Sun.