The CHEOPS payload comprises a single, wide-band photometer covering a wavelength range of 0.33 – 1.1 microns  (see overview of the CHEOPS Payload)  The bandpass of CHEOPS is given directly by the product of the optical transmission of the telescope/instrument and the quantum efficiency (QE) of the CHEOPS CCD, and is limited by the former at the short wavelength end   of the band and by the latter at the long-wavelength end.

Shown in Figure 1 is the CHEOPS band pass normalised to its peak value as a function of wavelength: overplotted are the equivalent curves for other exoplanet missions together with the spectral energy distributions (SED) of a Teff~5500K and Teff~4500K (left hand panel) dwarf star, and band passes of the BVRI filter set, together with GAIA (right hand panel). 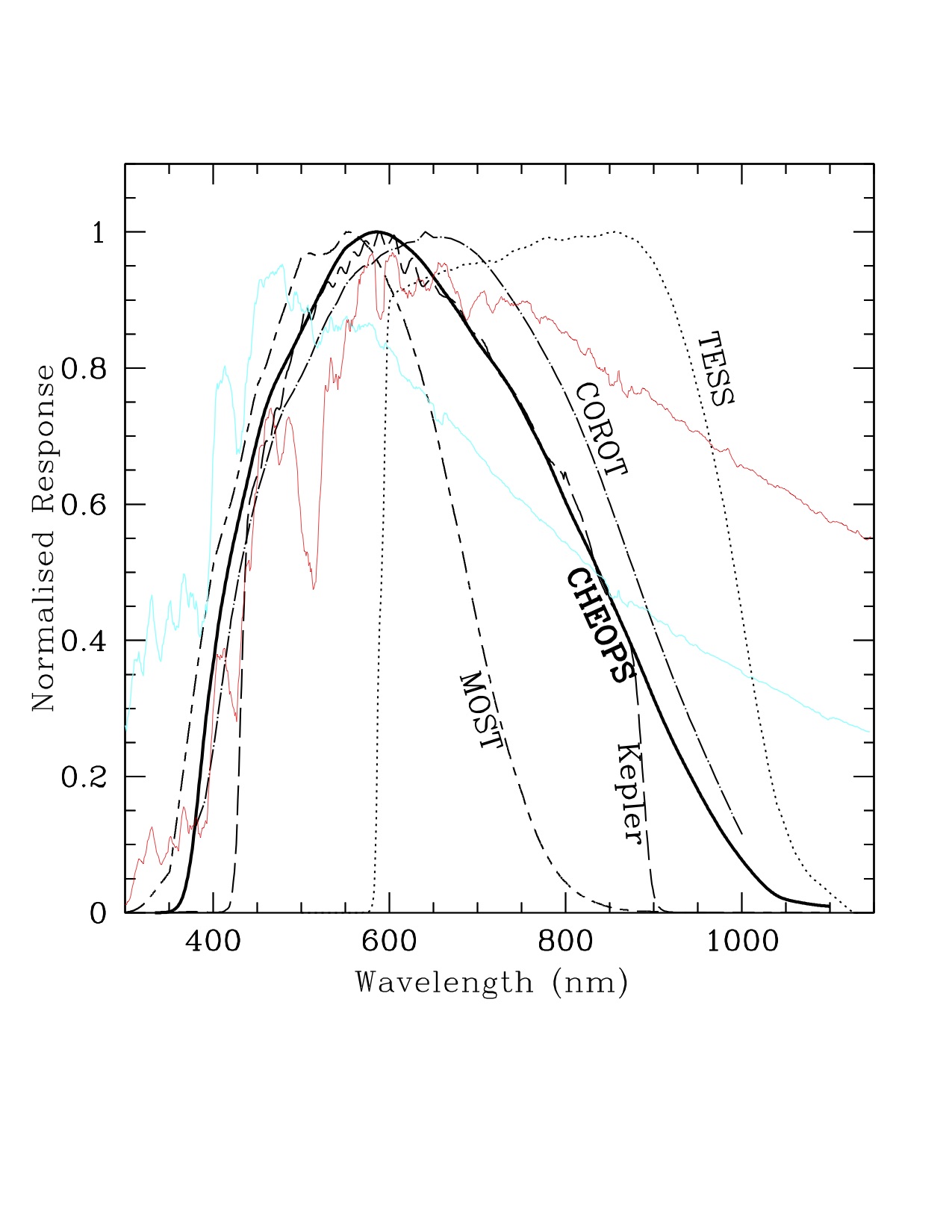 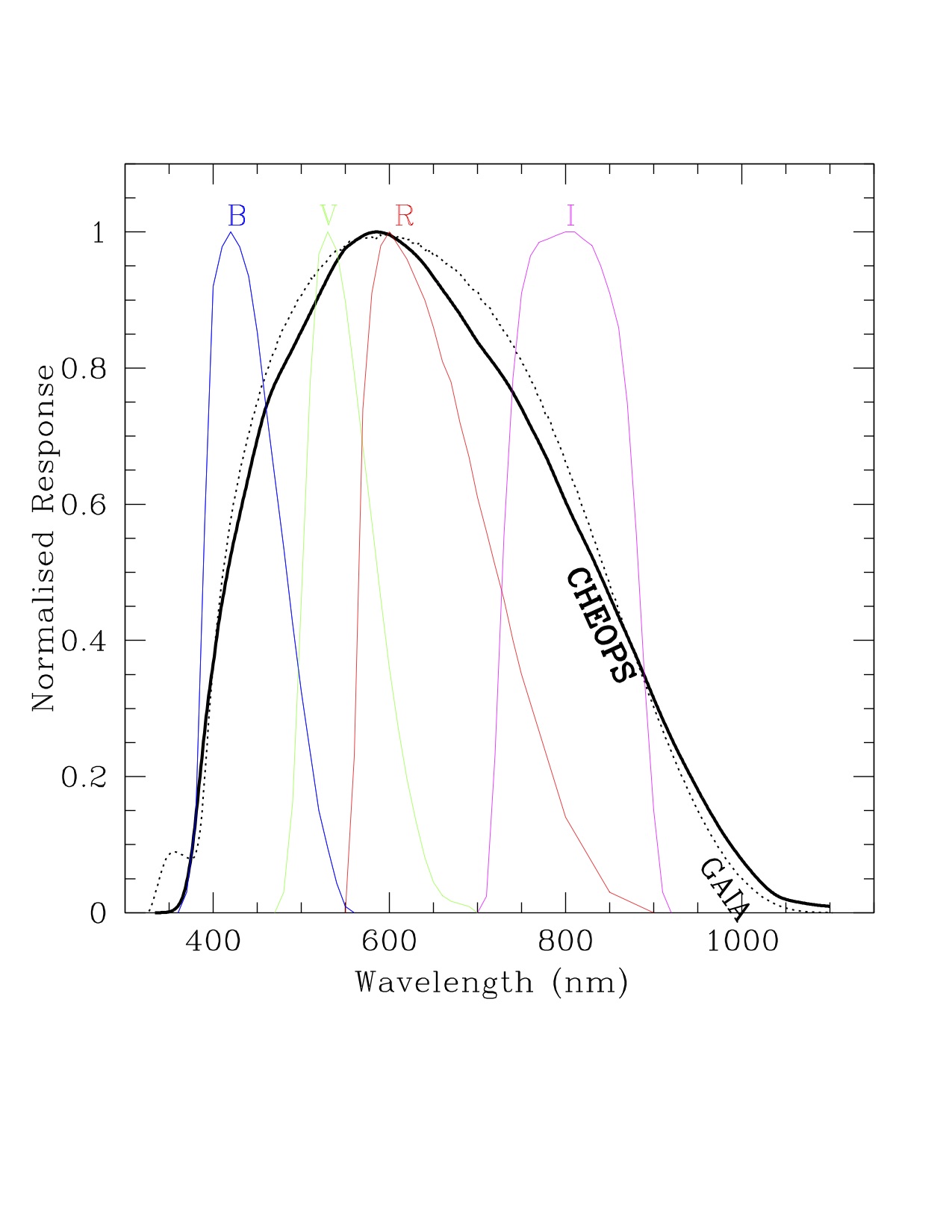 The numerical data required to recreate the CHEOPS bandpass can be found in the following file  (available in either csv or fits format), which includes the QE of the CCD (column 2), the optical throughput (transmission) of the telescope/instrument (column 3), as well as the band pass (product, in column 4), all as a function of wavelength (column 1). A short note which captures the information included in the file as well as how to calculate the band pass can be found at this link. We note that the optical throughput includes a wavelength-independent term which accounts for the central hole in the primary mirror together with obscuration by the secondary mirror supports - it should therefore be used in conjunction with the physical as opposed to the effective size of the mirror if being used to determine the sensitivity of CHEOPS.