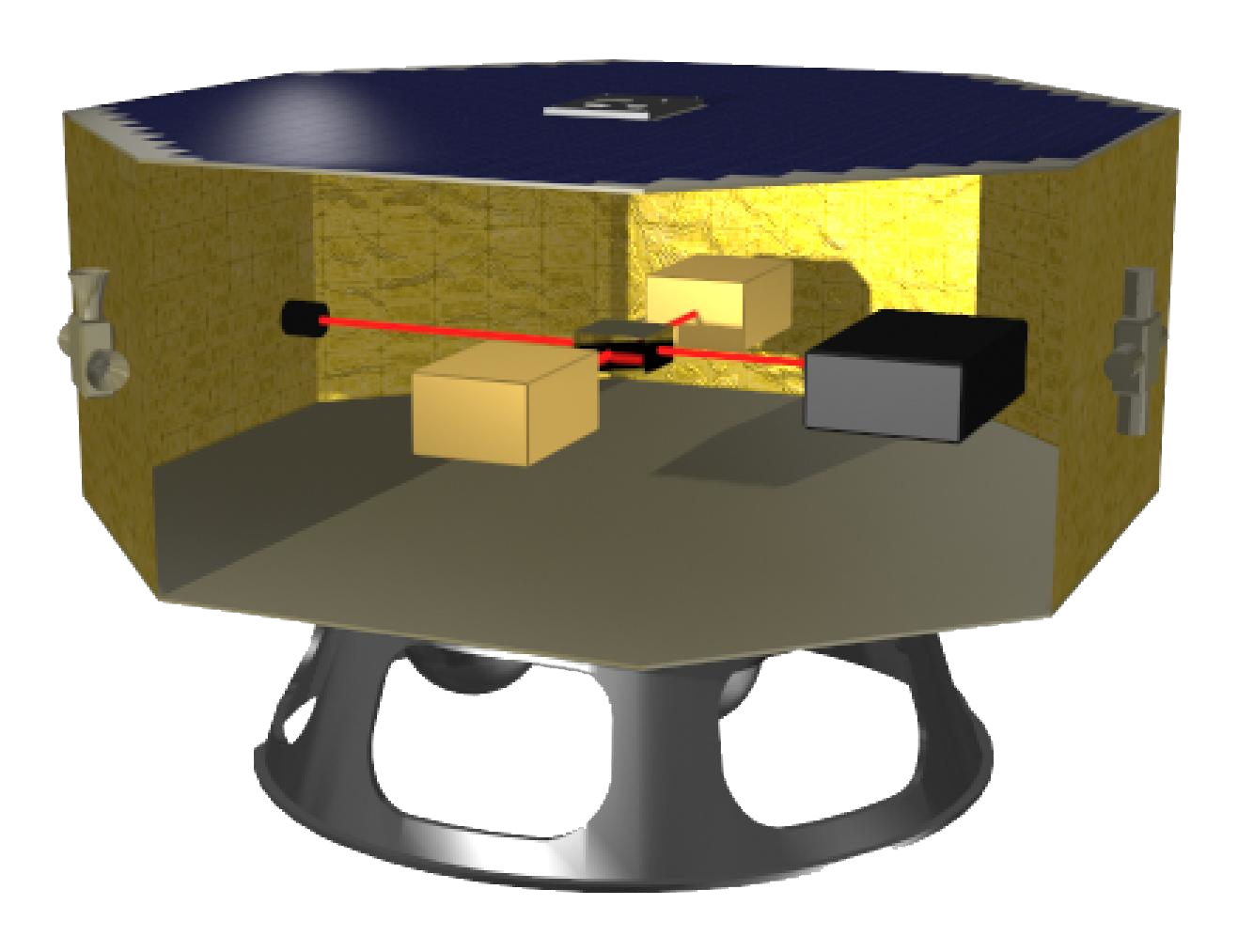 LISA Pathfinder was first proposed in 1998 as ELITE (European LIsa Technology Experiment). This mission consisted of a single spacecraft in geostationary orbit with a differential acceleration goal of 10−14ms−2/√Hz over a frequency range of 1-100mHz.

his original proposal was refined and proposed to ESA in 2000 in response to the SMART-2 announcement of opportunity. At the time, the proposal called for a joint LISA and Darwin pathfinder mission, consisting of two free-flying spacecraft, with three payloads (LISA Technology Package, Darwin Technology Package, and a NASA provided LISA Technology Package). The goal of the mission was to demonstrate drag-free control (for LISA) and formation flying (for Darwin). The mission was approved by the Science Programme Committee (SPC) in November 2000. 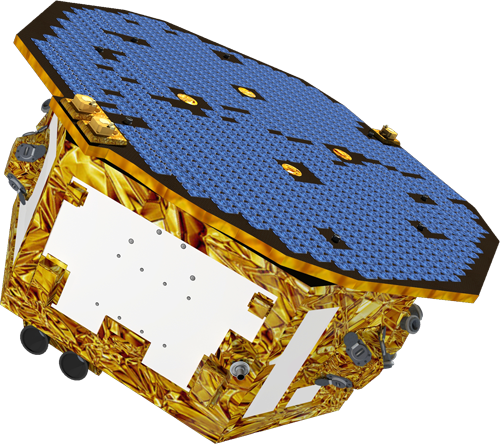 After an initial industrial study, the mission was descoped to a single spacecraft (the Darwin Pathfinder was cancelled) and renamed LISA Pathfinder (LPF). At that time, LPF carried two payloads, the European built LISA Technology Package (LTP), and the NASA provided Disturbance Reduction System (DRS). Both payloads consisted of two inertial sensors, a laser metrology system, micro-Newton thrusters and drag free control software. However, the DRS was descoped and now consists of micro-Newton thrusters and a dedicated processor running the drag-free and attitude control software, and will rely on the LTP for its inertial sensing.