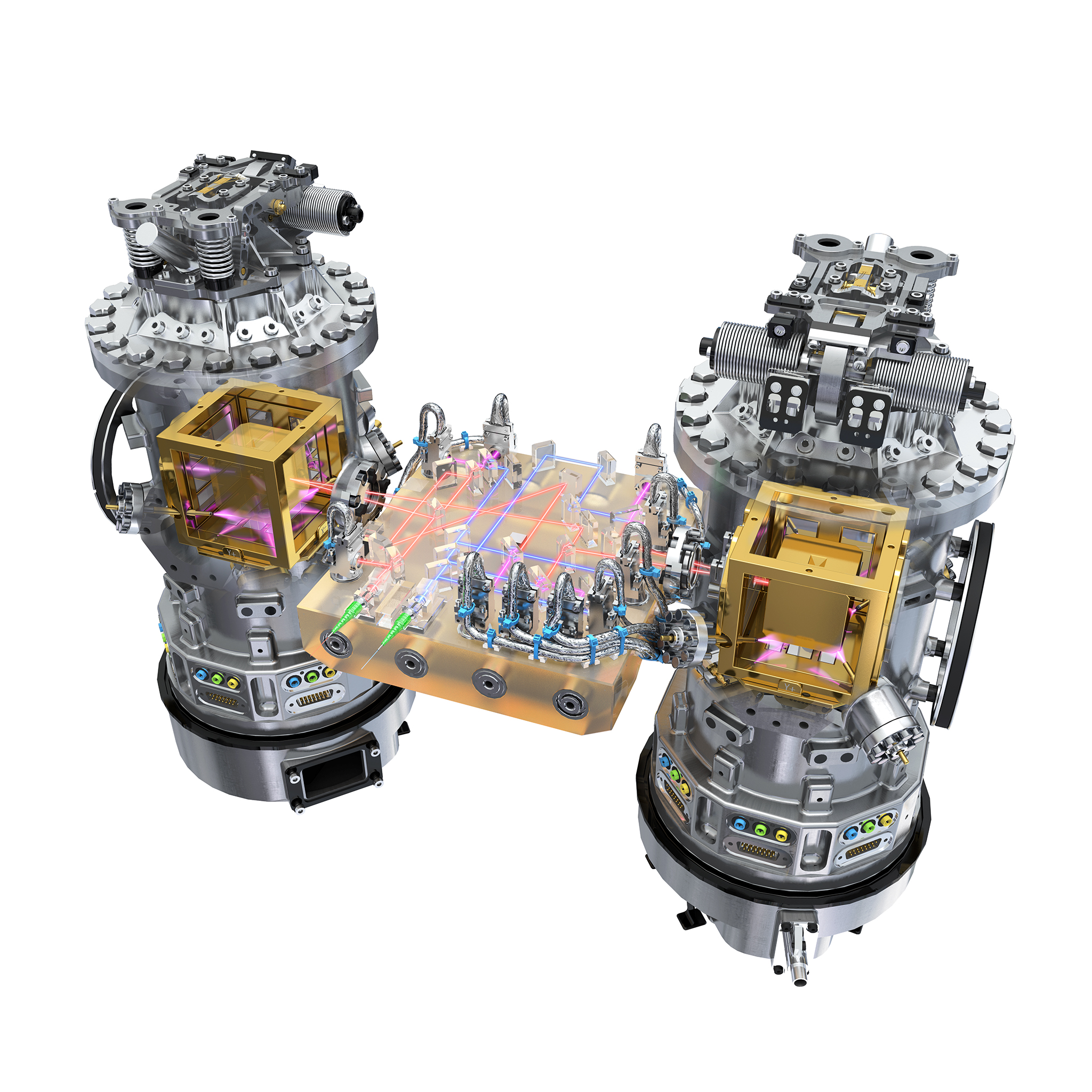 The LISA Technology Package is provided by a consortium of European National Space Agencies and ESA. The table below lists  the institutes/industries, and responsibilities, involved in the manufacture of the LTP. 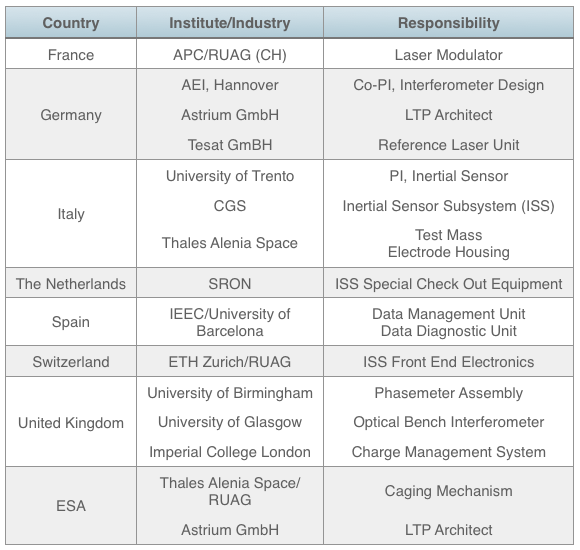 The main aim of LISA Pathfinder is to demonstrate the principle of geodesic motion to more than two orders of magnitude better than has been previously achieved. In order to meet this goal, all external forces acting on the test mass must be reduced to level below which the mission requirements can be met. The LTP has been designed to meet these stringent requirements. The main role of the LTP is to house the test masses and provide the position information of the test masses to the Drag-Free and Attitude Control System. However, due to the resolution required, coupled with the proximity of hardware to the test masses, the performance and environmental requirements levied on the LTP subsystems is extremely demanding.
The LTP consists of two major subsystems; the Inertial Sensor Subsystem, and the Optical Metrology Subsystem.