CILBO is a double-station camera setup in the Canary Islands (CILBO = Canary Island Long-Baseline Observatory). Image-intensified video cameras - one on Tenerife, one on La Palma, monitor the same volume of the atmosphere. They are located in automated roll-off roofs. From the obtained data, the meteoroid trajectory can be computed. An additional camera on Tenerife is equipped with an objective grating. For bright meteors (typically 0 mag or brighter), a spectrum is recorded which allows to constrain the chemical composition of the meteor. The system is completely automated and sends the obtained data after every observing night to a central ftp server. It has been in operation since the end of 2011 and scientific results are regularly produced.

In 2015, we have added two wider-angle cameras (LIC1 and LIC2) to the system, which enlarges the covered volume about four-fold. 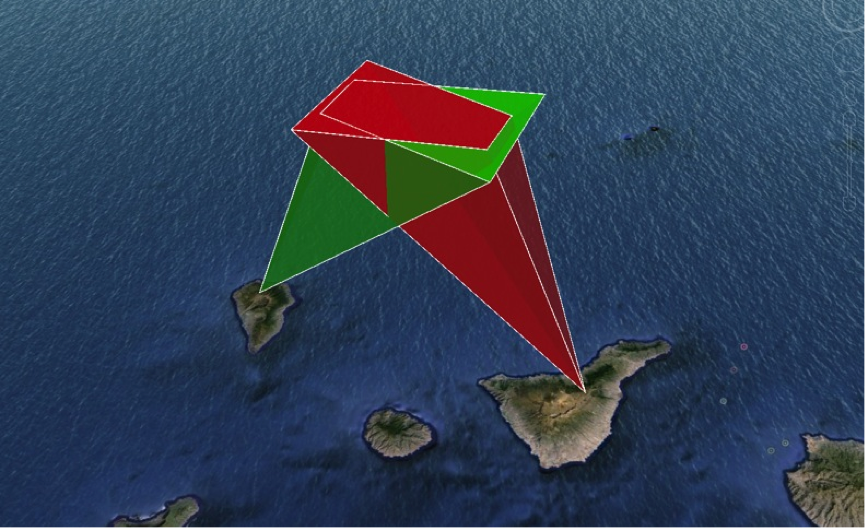 A detailed description of the setup can be found in this open access paper.