A set of cameras built by Benedikt Ernst in a summer project. They use a large-format XX1332 intensifier. We couple them with Zeiss Distagon lenses to get reasonable image quality over a 60 deg field-of-view. 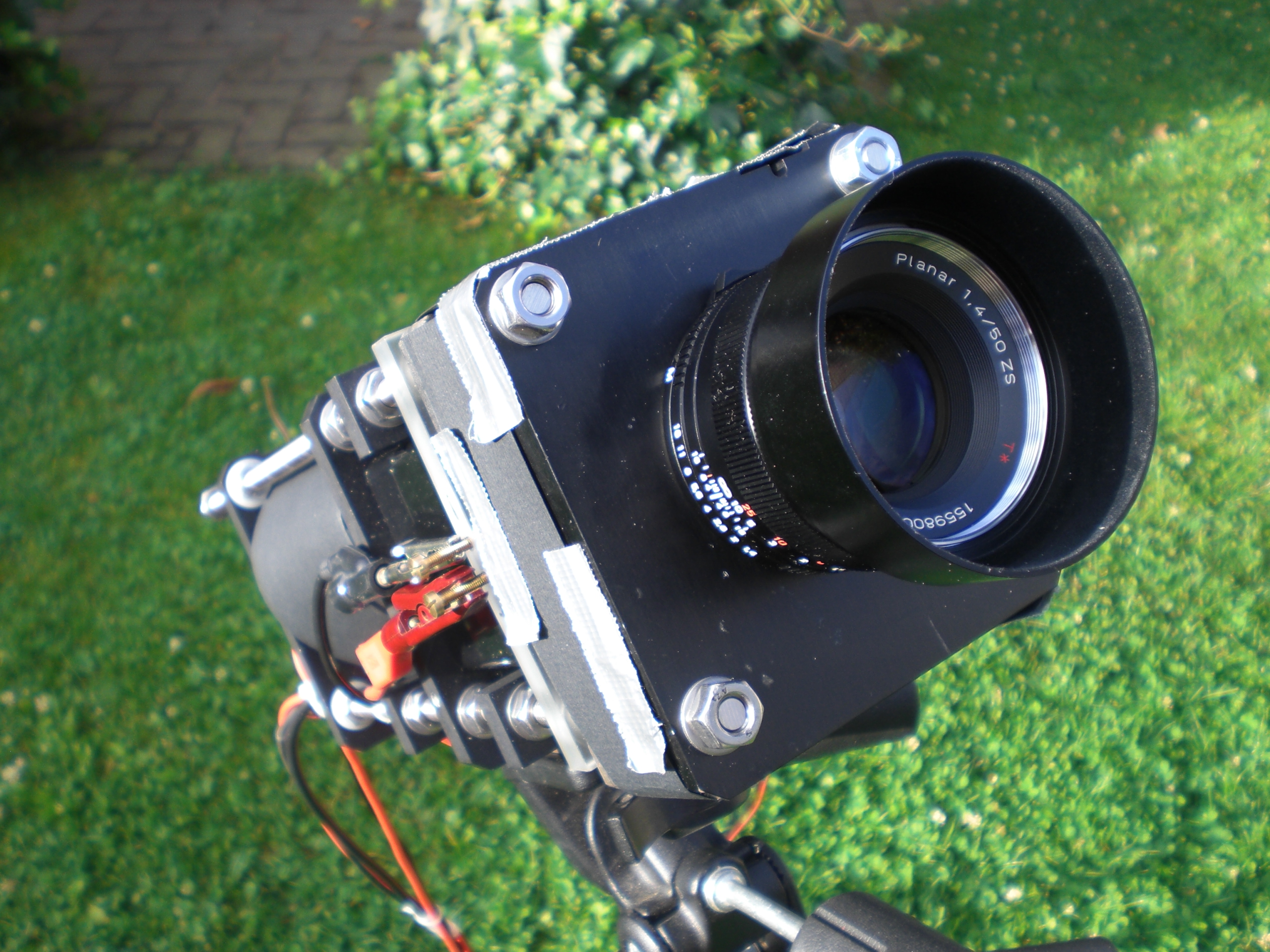 Photograph of one of the LICs.

The camera consists of the following elements:

2009 Sep: In summer 2009, we have put together new prototype cameras to find out how useful the large-format XX1332 image intensifiers are for our work. We use the well-established technique of aluminum plates connected by four threaded rods which allows very flexible adjustments for mounting the different elements. 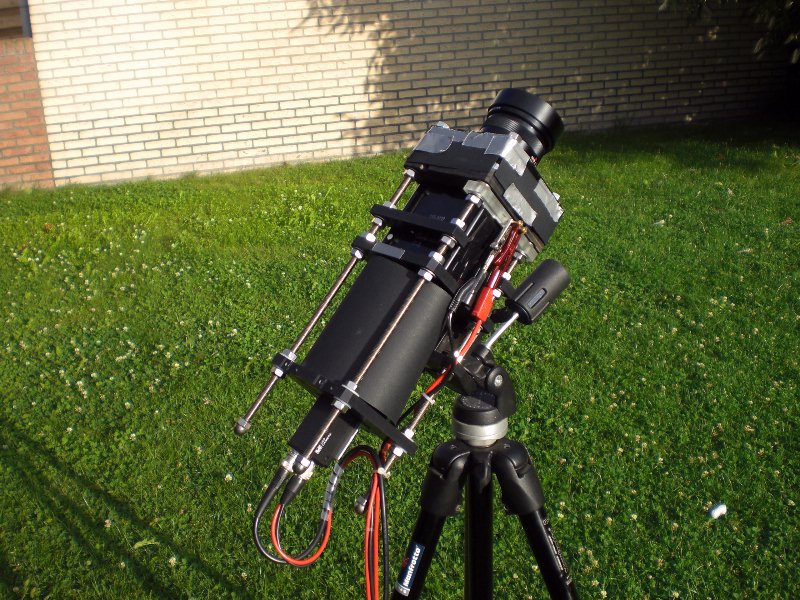 We first started by mounting the lens using M42 adapter rings - which resulted in strong vignetting and we really only used a field with 30 mm diameter instead of the full 50 mm. In the second iteration we did it better and put the lens directly on a plate with a M42 thread, using a dedicated separate plate for holding the intensifier.

The intensifier is operated using 6.5 V. The specification of the intensifier specifies a maximum force on the contacts, which led us to the conclusion that we should make the electrical contact by some spring-loaded system rather than soldering something to the contacts. In the very first prototype we used copper screws for the contact - surely not a very professional solution. The second camera uses a more professional way, using copper blades pressing in the contact. This works very well.

As usual, when you want to test a camera, the weather was bad... Still, we managed to record some first test images from the location of The Koschny Observatory, shown here. We had to stop down the lens to f/4, otherwise everything would have been overexposed. The images are high contrast and look good. For these tests, we used laboratory power supplies to provide the 12 V for the camera and the 6.5 V for the intensifier.

For the final systems of course we'll have to go to a more compact cable and fixed power supplies, and a proper cover, baffle, and lens heater. All to come... But at least now we know the proper distances between the elements. 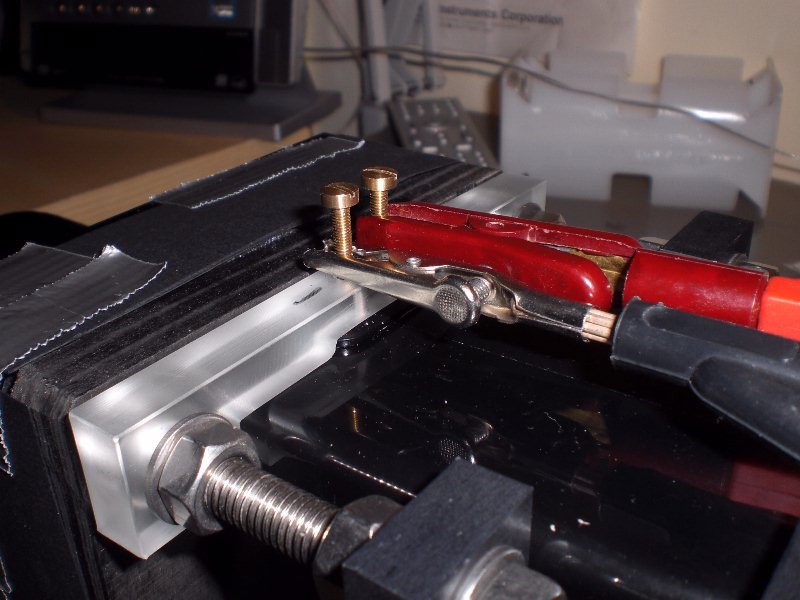 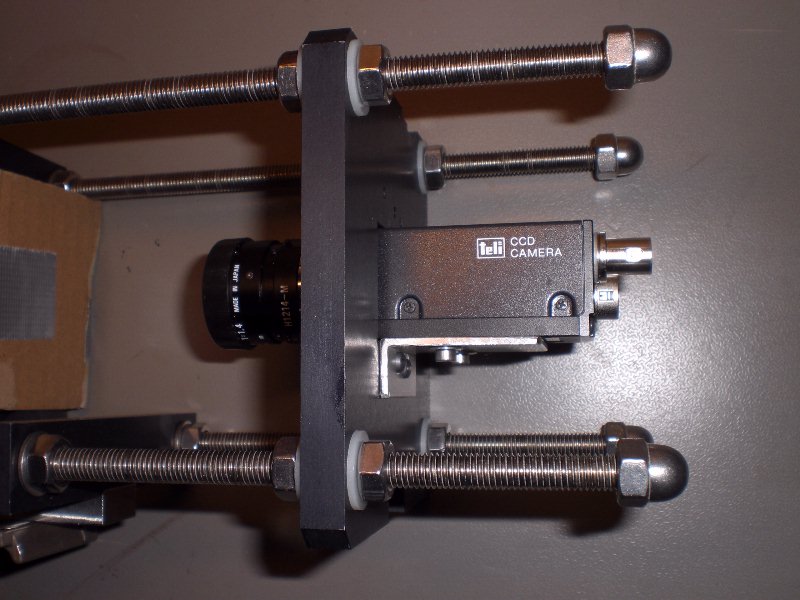 Some more details of the camera - to the right the angle which we used to mount the camera.

And here a view of the lens - we plan to use Zeiss Planar, 50 mm and Zeiss Distagon 35 mm lenses.