The launch of Bepi Colombo is happily occurred on October 20th 2018 from ESA launch facility in Kourou (French Guyana) by Ariane 5. Both spacecraft (MPO and MMO) now travelling packed in a composite with a propulsion element (Mercury Composite Spacecraft, also called MCS), the Mercury Transfer Module (MTM) and a sunshade cone (MOSIF) to protect the MMO instruments.

The MCS configuration, due to the MOSIF shielding, will allow cruise operations from the MMO only partially for those instruments that will be on the low edge of the shield.

On the contrary, observations by many instruments of the MPO will be allowed, i.e. the instruments pointing out of the +Z direction (that is the nadir direction when orbiting around Mercury).

The MCS nominal attitude will be defined by the +Y axis pointed to the Sun. This attitude is required to point the radiator (-Y) opposite to the Sun. 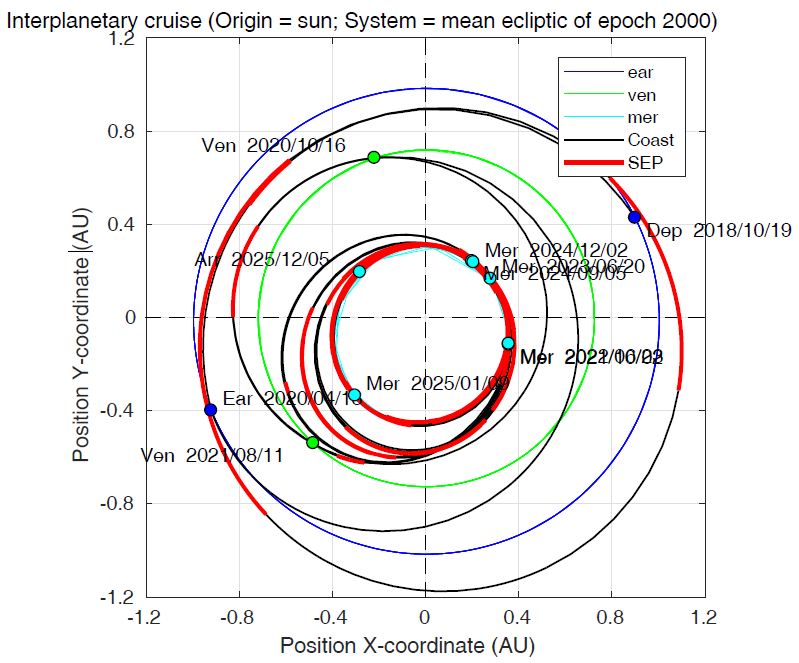 During the long cruise to Mercury, and before its arrival on December 5th 2025, BepiColombo will perform 9 flybys: