The diagram below sketches the organisation of the "science ground segment" of Planck; clicking on the different parts of the diagram will provide a more detailed view of the groups of people who have participated and are participating in different areas within the activities of the Collaboration. A brief description of the activities of each person are provided. Below the diagram, a short description of the structure is provided, and of its funding sources. Note: MOC = Mission Operations Centre; LFI = Low Frequency Instrument; HFI = High Frequency Instrument; PSO = Planck Science Office; DPC = Data Processing Centre; IDT = Instrument Development Team; IOT = Instrument Operations Team. 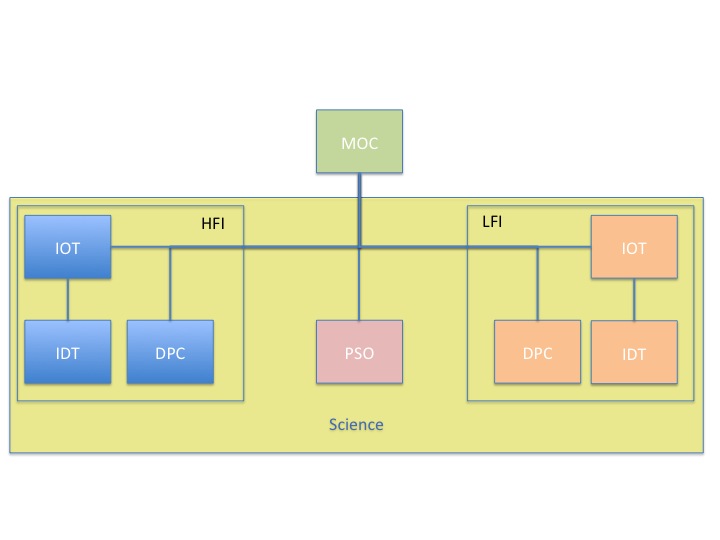 The Planck instruments, LFI and HFI were designed, built, tested and delivered to ESA by dedicated teams under the direction of the LFI and HFI Principal Investigators and Project Managers.

The ground operations of the Planck satellite are based on 4 geographically distributed centres:

The Planck Science Team (see membership) is a formal body set up by ESA at the inception of the project to represent the scientific interests of the mission, which has had a key advisory role vis-\`a-vis the development of the satellite, payload and ground segment. It is a recognised principle of the mission that the scientific exploitation of Planck during the proprietary period is a joint venture between the involved Consortia, and the Science Team is the body which has taken the role to organise, plan, coordinate, and oversee all the common activities in this respect. All members of the Planck Scientific Collaboration have agreed to abide by the policies set by the Science Team with regard to data access and publication of scientific results.

The scientific activities of the Planck Collaboration within the proprietary period are organised in "Projects", which consist of teams of people who are responsible to write papers on specific sceintific topics on behalf of the whole Collaboration. "Working groups" gather Projects in similar areas. A list of Planck Working Groups, projects and their associated teams can be consulted online. Coordinators of Working Groups and Leaders of Projects are nominated by the Planck Science Team. Papers by the Planck Collaboration are based on the scientific programme described in the Planck Bluebook; their authorship is extensive and ordered alphabetically. Individual members who have made important contributions to Planck over many years are referred to as "Planck Scientists" and have the right to co-author all these papers. Other members of the Planck Collaboration are referred to as "Planck Associates" and have the right to co-author papers to which they have contributed. Papers describing technical aspects or very specialized science topics, are prepared by ad-hoc teams and have non-alphabetic author order.

An internal reviewing process ensures that scientific papers submitted for publication by the Planck Collaboration are consistent with each other and of high scientific quality. This process is led by an internal Editorial Board which is led by Planck's Survey Scientists and consists of senior members of the Planck Collaboration. The Editorial Board makes recommendations to the Planck Science Team on the readiness for submission of all Planck papers. The Science Team makes the final decisions.

Planck is a project of the European Space Agency - ESA - with instruments provided by two scientific Consortia funded by ESA member states (in particular the lead countries: France and Italy) with contributions from NASA (USA), and telescope reflectors provided in a collaboration between ESA and a scientific Consortium led and funded by Denmark.

ESA has managed the project since its inception in 1993 and funded the development of the satellite, its launch, and its operations. More details on ESA's Mission Team and supporting Industrial Team are available in ESA's web pages.

The Planck LFI project (including instrument development and operation, data processing and scientific analysis) is developed by an international consortium led by Italy and involving Canada, Finland, Germany, Norway, Spain, Switzerland, UK, and USA. The Italian contribution is funded by the Italian Space Agency (ASI) and INAF. More details can be found in LFI's web pages.

The Planck HFI instrument and associated Data Processing Centre were designed, built, and are operated by an international consortium of laboratories, universities and institutes, with important contributions from industry, under the leadership of the PI institute, the Institut d'Astrophysique Spatiale at Orsay, France. The instrument and associated Data Processing Centre are funded in particular by CNES, CNRS, NASA, STFC, and ASI. More details can be found in HFI's web pages.

The reflectors of Planck's telescope were developed by a collaboration between ESA and a scientific Consortium (DK-Planck) led and funded by Denmark.

A pictorial overview of the major participating funding agencies and scientific institutes is provided below. 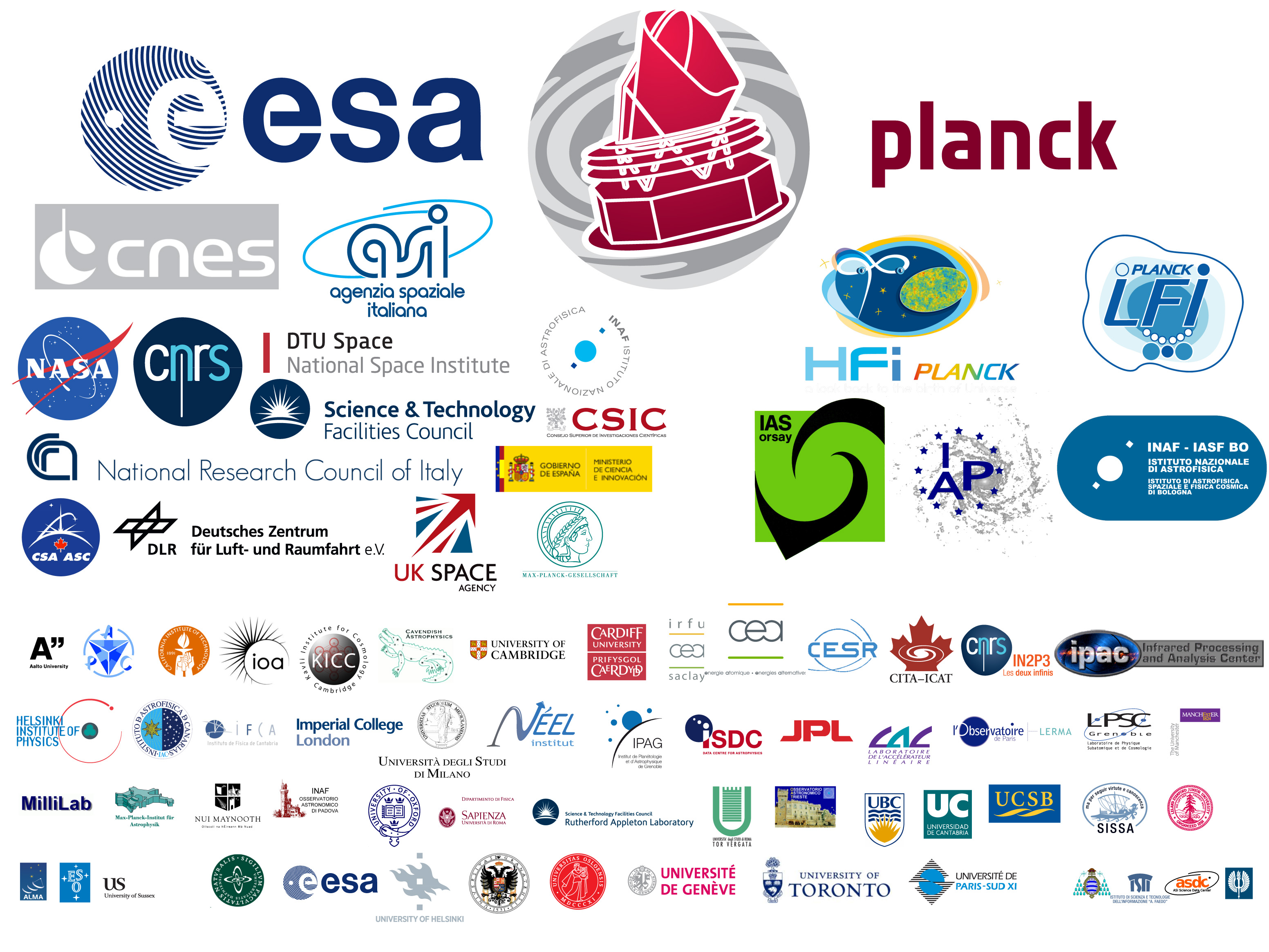