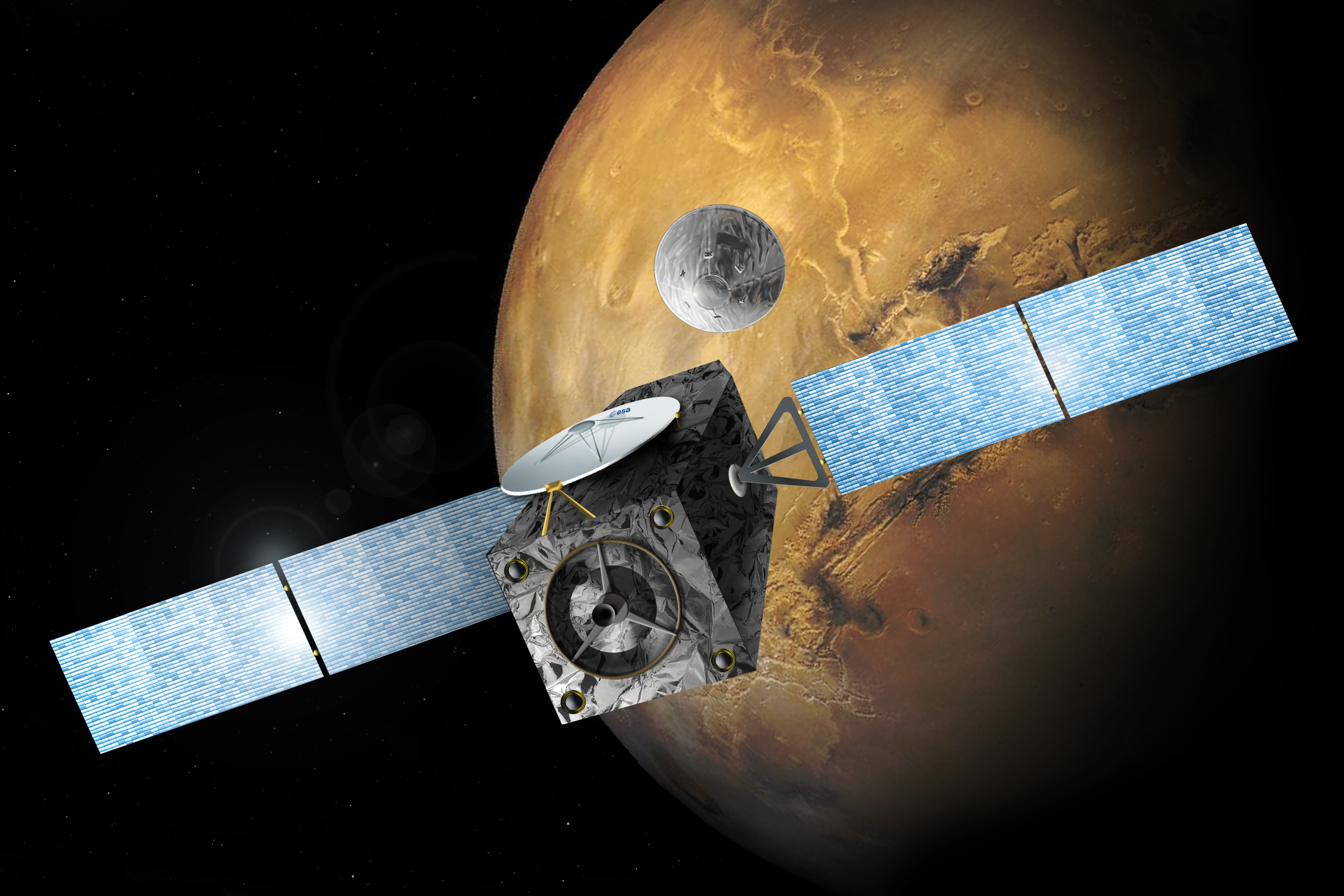 ExoMars 2016 is an ESA and Roscosmos mission to Mars launched on 14 March 2016. It is the first mission of the ExoMars programme and has the objective of searching for evidence of methane and other trace gases in the martian atmosphere which may be signatures of active biological or geological processes. The ExoMars 2016 Trace Gas Orbiter will also be used as a relay platform for the ExoMars RSP (Rover and Surface Platform) mission and other missions as required. The mission also has the objective of demonstrating landing technologies in preparation for the RSP mission.

ExoMars 2016 will arrive at Mars in October 2016. The lander Schiaparelli is due to touchdown on October 19th 2016. Following this the Trace Gas Orbiter will spend three months in an elliptical orbit of Mars before gradually aerobraking to its 400 Km circular science orbit. It is due to reach the science orbit in late 2017 after which it is planned to spend one Mars year in science operations.