Observations performed at the end of the Solar Aspect Angle (SAA) range (the so-called 'warm' attitude range, SAA in the 110° to 119°.2 interval) could present a degradation of the pointing performance due to thermoelastic effects. These would include a larger APE and a pointing drift. As a result of the definition of the spacecraft reference axes, these pointing drifts are expected to be mainly detected in the spacecraft Z-axis (see Sánchez-Portal et al. 2014

). One of the problems is that the thermoelastic-induced offsets do not respond immediately to the variations of SAA, but present some delay due to the heating-cooling times of the service module (SVM) and structures connecting it to the payload module (PLM).

Therefore, we should expect that the pointing offsets do not correlate directly with the SAA but with the temperature of the SVM. In order to test this hypothesis, we have performed a study on this effect by calculating the Z-axis offset for a set of pointing calibration observations (we chose these observations since the targets are true point sources with very accurate astrometry) as a function of the temperature in a passive component of SVM. Since the backup star tracker (STR2) was switched-off along the whole mission, but few operational days, the temperature sensors mounted in its structure (baseplate and baffles) measure a mostly passive element. In fact, the time variation of temperature recorded by these sensors respond to the variations of SAA, with clear and uniform delay ramps that were precisely what we wanted to find. When plotting the pointing offsets vs. temperature, we found that while for STR2 temperatures below -15° the median offset presents a certain scatter around zero, for higher temperatures the behaviour of the Z-axis offset diverges. We have derived a linear correlation between the STR2 temperature and the Z-axis that aims at correcting the effect of such a thermoelastic drift.

We have developed a script aimed at correcting the astrometry offset produced by the thermoelastic effect. This should be applied to improve the pointing for observations performed at the 'warm' attitude range (STR2 temperature >-15C). We have applied the script to a set of calibration observations as a test, and checked that the general pointing is improved. The left panel on plot below shows the linear correlation between the STR2 temperature and the Z-axis used to correct this effect. The right panel presents the Z offset distribution before (green) and after (purple) applying the correction, the latter showing an improvement of the Absolute Pointing Error (APE+) with respect to the original. 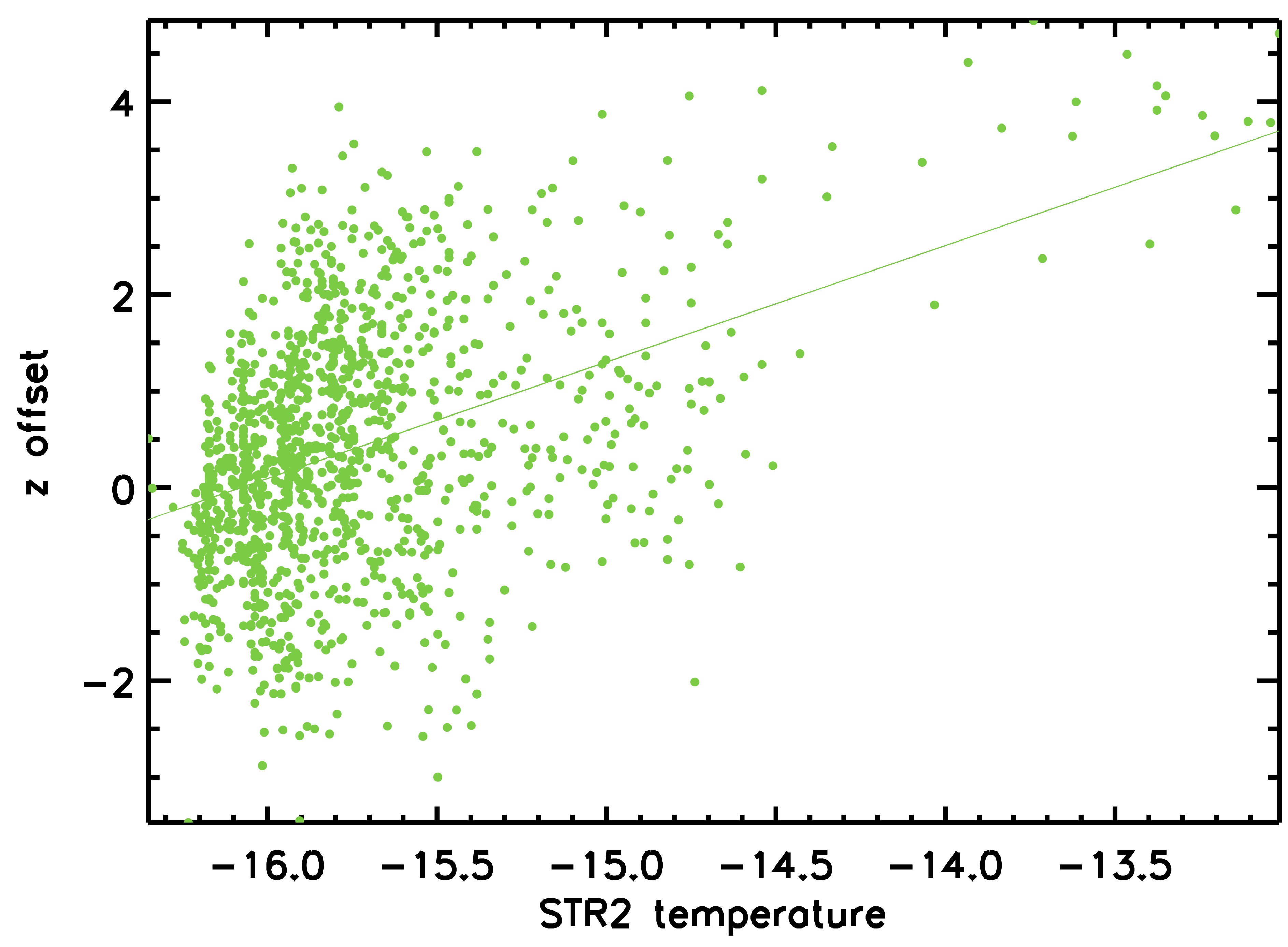 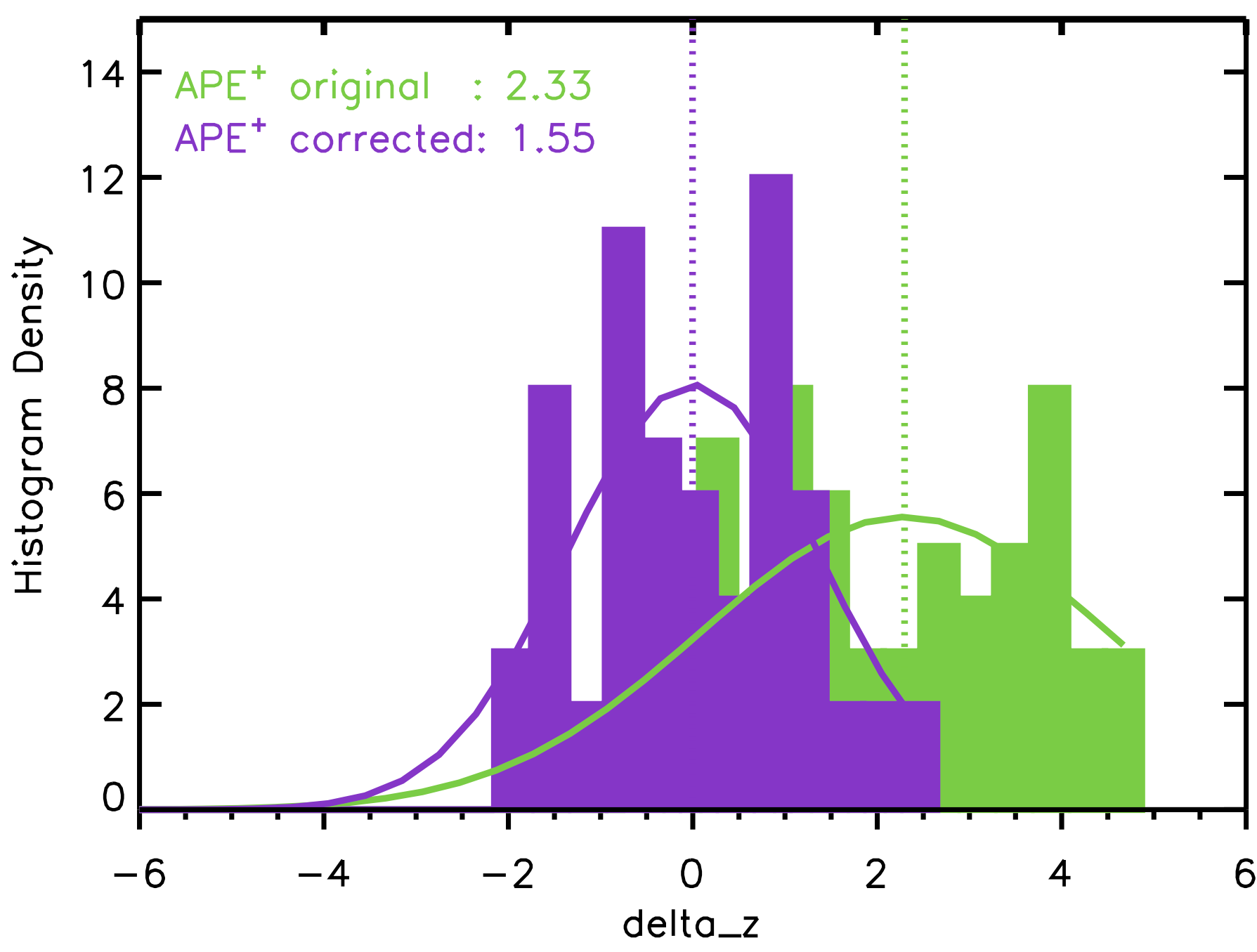 The script Astrometry Thermoelastic Drift Correction can be found in HIPE under the Scripts menu, in the General Useful scripts section. Any Herschel observation can be processed, although for observations performed in STR switch-over periods, an informative output message is only returned. The script inputs that should be provided by the user (lines 260-263) are the following:

The user can select between two possible outputs using the changeWCS input parameter: