The first version of the Herschel/SPIRE Point Source Catalogue (HSPSC or SPSC), containing more than 1,6 million entries spread between the three SPIRE bands, has been released on 7 February 2017.

The SPIRE instrument onboard Herschel mapped about 9% of the sky in sub-millimeter broad-band filters centred at 250, 350 and 500 microns (1199, 857, 600 GHz, respectively) with spatial resolutions of 17.9”, 24.2” and 35.4”, respectively. The SPSC was extracted from a total of 6878 Herschel/SPIRE observations, consisting of a serendipitous mix of programme science observations with sky coverage to various depths and calibration observations performed in standard configurations.

The SPSC photometry was obtained by a systematic and homogeneous source extraction procedure, followed by a rigorous quality check that emphasized reliability over completeness. Regions affected by strong Galactic emission, mostly in the Galactic Plane, were excluded, as they pushed the limits of the four source extraction methods that were used.   Aimed primarily at point sources, the SPSC also contains a significant number of slightly extended sources. Due to the relatively large spatial extent of the SPIRE beams, a number of point or extended sources in the SPSC can actually be composites of multiple sources seen at shorter wavelengths.  Users are encouraged to trace back catalogue entries to the originally contributing detections in SPIRE observations via the cross identification table available for download, which provides links between the individual catalogue entries (SPSCIDs) and the relevant observation identifiers (OBSIDs) in the Herschel Science Archive.

For further details on catalogue construction, detailed content, and validation, please see the SPIRE Point Source Catalogue Explanatory Supplement. Users should pay particular attention to the Cautionary Notes in this document before using the contents of the SPSC for their research. 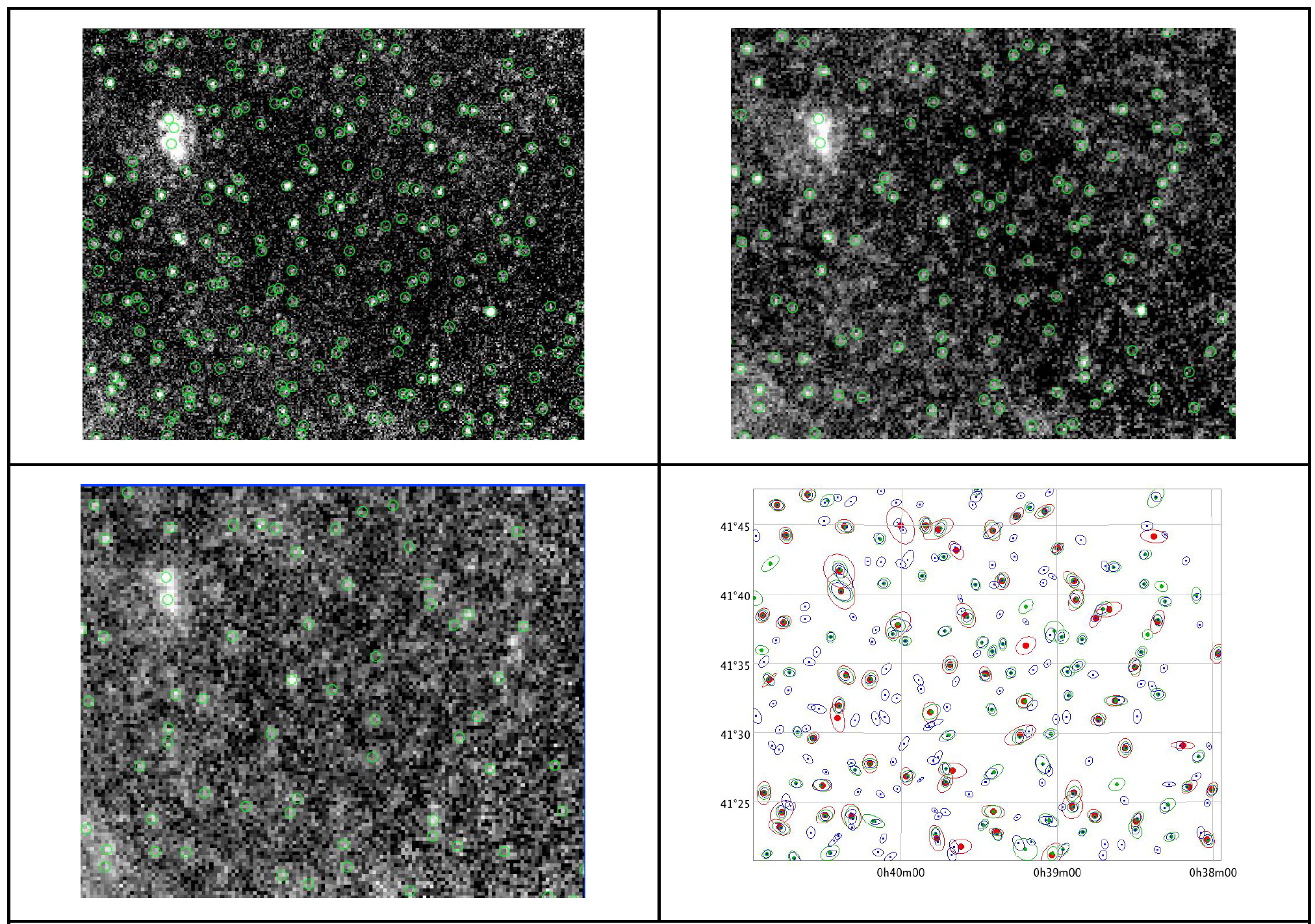