The ESAC Radio Telescope is composed by the ESAC VIL-1 S-Band Antenna connected to an AGILENT Power Meter. The observation plan is defined by means of the ESA's ESTRACK Operational Station Utilization Plan (OSUP) and the observations are performed manually in transit mode. The procedure consists in pointing the antenna to a fix position in the sky, until the passage of the source in front of the antenna's main beam. 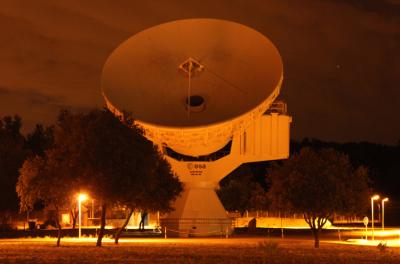 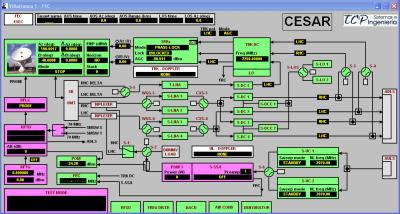 At the moment, several RADIO sources are being systematically surveyed to define a list of calibration sources. This will lead to a S-band detectable catalogue of objects, whose emission are produced by different physic mechanisms for the CESAR education purposes, and to prepare a first selection for the CESAR education purposes of objects with detectable S-band emission produced by different physical mechanisms. The following images show the signal received from two sources of different nature and radio emission mechanisms observed in transit mode.

The first one is the crab nebula (M1) (https://en.wikipedia.org/wiki/Crab_Nebula), which represents a remnant of a supernovae (SN) explosion. The Crab Nebula is the supernova remnant of the bright SN1054 supernova that was independently recorded by Chinese and Japanese astronomers in 1054 AD. In its centre, there is a pulsar, which is the neutron star created after the SN explosion that emits a very directional jet pulsating at a high frequency, due to its very fast rotation. Its signal was received on the 2012-04-20. 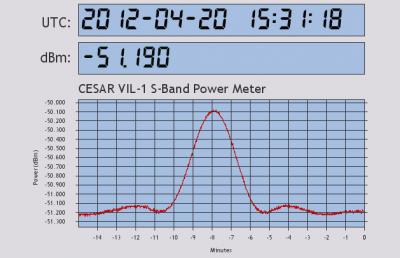 The S-band transmitter and S-band receiver (S/S) Cassegrain antenna is fitted with a shaped 15m parabolic main reflector and a shaped hyperbolic sub-reflector in an elevation over azimuth mount. 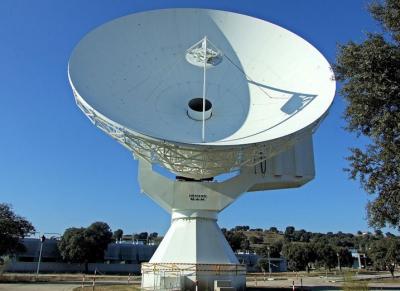 The half-power beam width (HPBM) is 36' which is slightly bigger that the angular size of the Moon (30.5'). Auto-tracking of the S-band is only available for satellite tracking (by a two-channel monopulse tracking system) but not for celestial bodies.

The observation will be performed through the transit method. The transit method is based on the power records integrated in the whole S-band whilst the celestial body transits. The power received is measured with a Power Meter directly connected to the downlink channel.

The antenna pointing is performed by the Antenna Control Unit (ACU), which affects both axes using drive amplifiers, motors and gear-boxes. Optical position encoders deliver the azimuth and elevation positions to the ACU.
The figure of merit used to characterize the antenna sensibility is the Y-factor. The Y-Factor is the ratio of Hot and Cold noise powers (in watts) and is defined as

A test campaign was performed collecting measurements from thirteen different sources. The results are shown in the following table, where the sources with "ND" in the Y-Factor are those whose power was not increased in more than 0.1dB, when the antenna was pointing to them.