The general instructions and the material for the are provided on the Space Science Experience Home. In this experience, we explore the Solar Mass ejecctions.

As other stars, the Sun it is a ball of hot (millions of Celsius degrees) gas (91% Hydrogen and 9% Helium) held gravitational forces. The Sun is in an equilibrium of being pulled together by its own gravitational force, and expand by the energy release at the thermonuclear reactions in its core.

The Sun and other stars shine because of this thermonuclear energy produced in the core. On the contrary, the planets are bright just by reflection of sunlight.

As with most stars, the Sun has magnetic fields where its plasma from the convective zone circulates in loops that rear up from the surface. Sometimes these loops break, creating "flares" and a shower of charged particles leaves and travel through the Solar System. 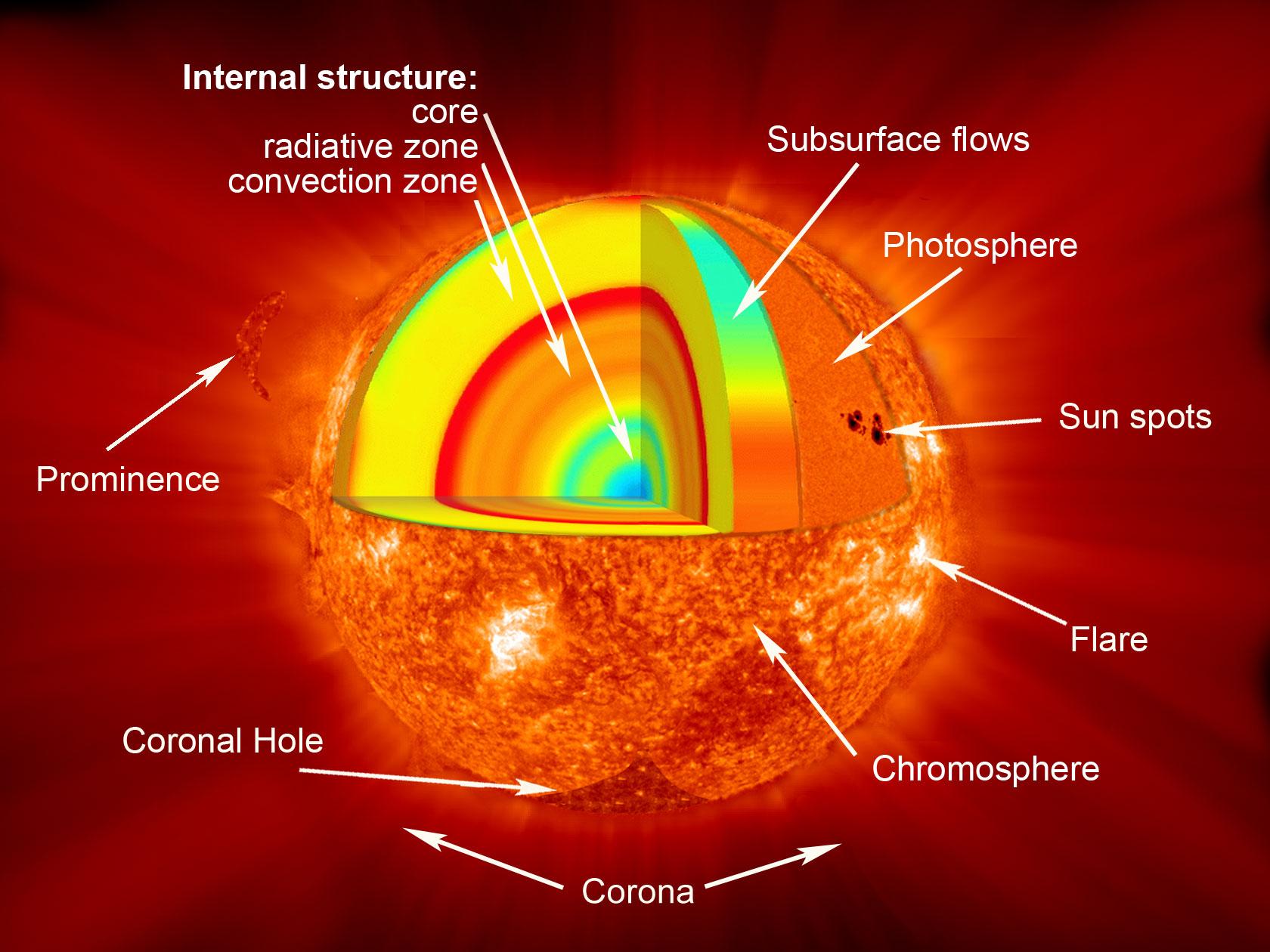 We are very lucky that the Earth is shielded by the Van Allen Belts . These protect us from these solar storms what is not the case for the other Solar System planets. Maybe this is one of the reasons why we have not found life on other planets yet. 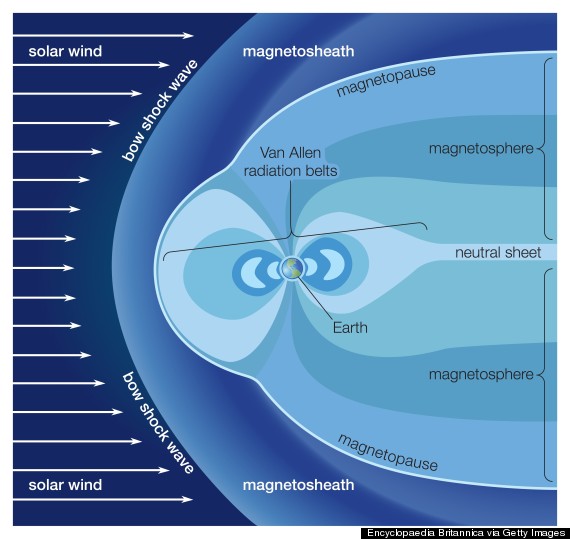 The Van Allen radiation belts within Earth's magnetosphere. Pressure from the solar wind is responsible for the asymmetry. Credits: Encyclopaedia Britannica

Some of the ionized particles from the solar storms are caught by our magnetic fields. Close to the N-S poles, where the magnetic poles are, these particles ionize the atmosphere in such a way that wonderful Auroras are seen, such as in this very nice picture. 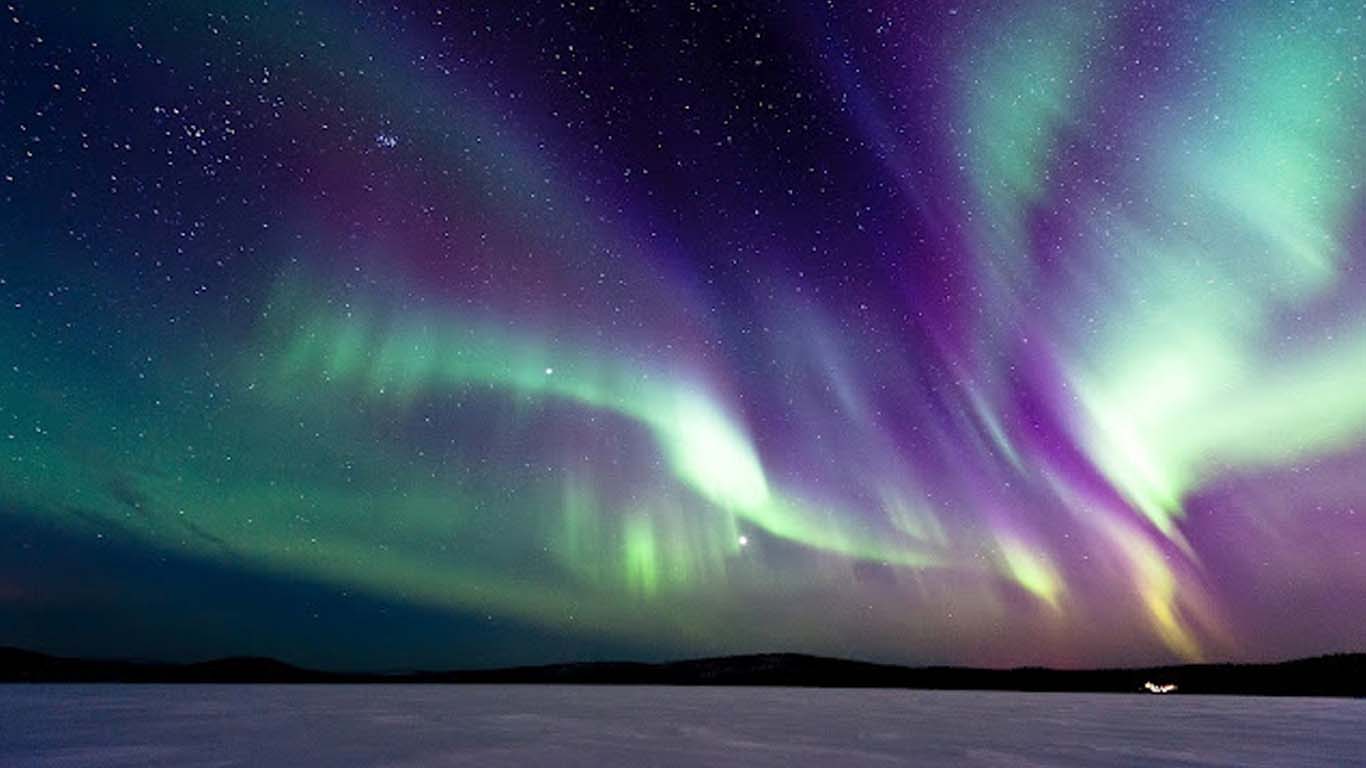 Our Sun has been studied not only from solar telescopes on Earth but also from satellites sent to space. Since 1995 a joint NASA & ESA mission called the SOHO have been studying the Sun.

In a new mission, Solar Orbiter, is currently under development at ESAC. It will be launched in 2018 to study the Sun and its effects on Earth. Are you ready to learn more about our Sun? 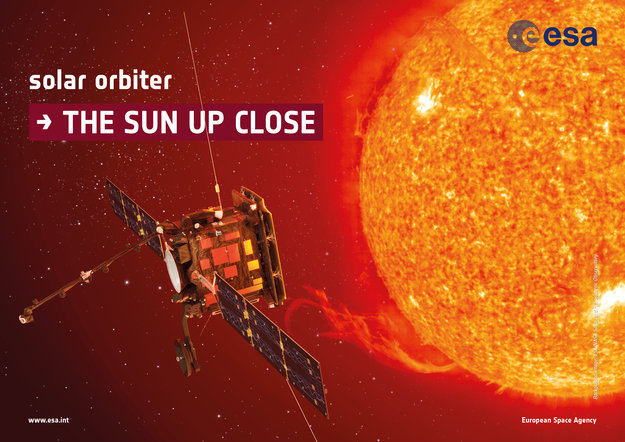