28 November 2018 The abstract submission deadline for the 12th INTEGRAL Conference and 1st AHEAD Gamma-ray workshop is postponed to 5 December 2018. We invite all interested to register to the conference as soon as possible to permit an optimal organization. We hope to welcome many of you in Geneva next February.

19 November 2018 From Space in images. On 10 November 2015 was set for measuring the cosmic X-ray background using the Earth to occult the X-ray and gamma-ray sky. On that day, however, a phenomenon on Earth disturbed the observations: intense auroras dancing around the North Pole. See also ESA's news item from 2016.

14 November 2018 During their recent meeting, the Science Programme Committee (SPC) approved the confirmation of science operations until 31 December 2020, as well the indicative extension of science operations for INTEGRAL until 31 December 2022, subject to a mid-term review in 2020. INTEGRAL is proven to be of great value to pursue investigations that were not foreseen at the time of its launch; this is exemplified by the role of INTEGRAL in the prompt observation and follow-up of gravitational wave detections, paving the way for the future of multi-messenger astronomy. See the full story on the SPC decision. This is excellent news for INTEGRAL and the science community. We thank you for your continuing support.

It is important to note that OSA 11.0 for IBIS is currently limited to data starting from 2015-12-26 (start of revolution 1626). For earlier data, the user should use OSA 10.2 with the limitations described in the user manual.

For any question you may have, we invite you to contact the INTEGRAL Helpdesk.

We wish you success in your analyis of INTEGRAL data.

17 October 2018 Sixteen years ago, on 17 October 2002 at 6:41 CEST, INTEGRAL was launched from Baikonur. Ever since it has continued to observe the gamma-ray and X-ray sky, remaining in excellent health, ready to go on for years to come.

It will be hosted by the Campus Biotech, in Geneva (Switzerland). This conference will discuss recent developments in high-energy astronomy, with particular emphasis on its role in multi-messenger astronomy. Beyond the present generation of gamma-ray instruments, the choral of multi-messenger astronomies will require a voice in the MeV band. One of the aims of the workshop is therefore to review the status and development of future instruments and to discuss perspectives in observational gamma-ray astronomy. For more information consult the conference web-page https://www.astro.unige.ch/integral2019/ 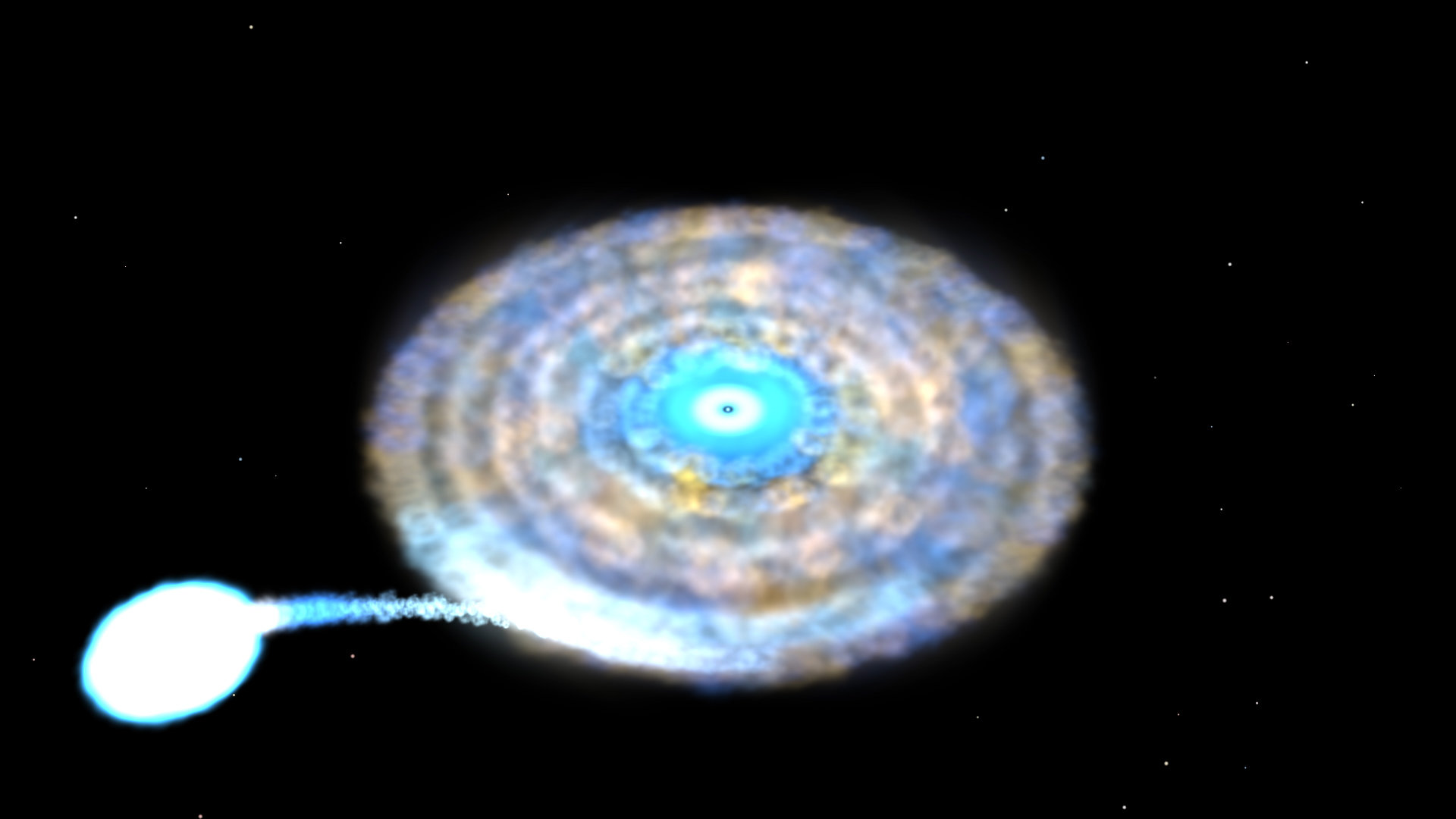 14 September 2018 Using NuSTAR and NICER, an international team of astronomers has found a new accreting millisecond X-ray pulsar. The newly discovered object, designated IGR J17591−2342, is the latest addition to a still short list of known accreting millisecond X-ray pulsars. The finding is reported in a paper by Andrea Sanna et al., published August 30 on the arXiv pre-print server (arXiv:1808.10195). [From Phys.org]

27 June 2018 The INTEGRAL AO-16 General Programme, as recommended by the Time Allocation Committee (TAC) and approved by ESA's Director of Science (Prof. Günther Hasinger), has been released and the observers have been informed.

INTEGRAL has lost another great Mission Scientist on 19 June 2018 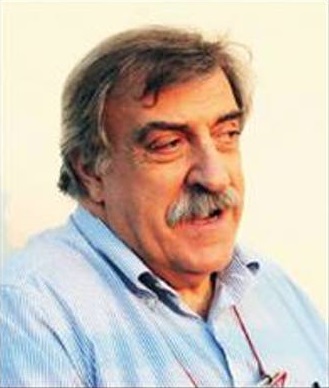 26 June 2018 Giorgio Palumbo was born in 1939 in Turin, where he graduated in Physics. After obtaining a PhD at the University of Calgary (Canada), he was first researcher of the National Research Council, then became associate professor, and subsequently an ordinary professor, at the Department of Astronomy of the University of Bologna. He was director of the Department from 2006 to 2009.

He was certainly one of the main protagonists of high-energy astrophysics in the international scene. In his research, presented in over 300 articles on Physics and Astrophysics, he dealt with cosmic radiation, cosmic rays, supernovae, galaxies and groups of galaxies, active galactic nuclei, astrochemistry. He devoted a lot of his efforts to teaching (with numerous dozens of undergraduates and doctoral students) and to the dissemination of astronomy through conferences, writings and columns on the monthly and television programs of RAI Educational.

Selected on 31 May 1995 by the European Space Agency (ESA) as INTEGRAL Mission Scientist, he was one of the drivers of the scientific success of the mission, and to which he made a fundamental contribution for almost 20 years. In 2014 he resigned for family reasons.

In the early 2000s he was a member of the ESA Astronomy Working Group. He subsequently obtained numerous posts in advisory committees.

He collaborated for a long time with the Italian Space Agency, ASI, and in particular from 1997 to 2002 as coordinator of the activity connected to the Science of the Universe.

"We learn about the death of Giorgio Palumbo, a scientist and man of great culture, and an authoritative reference in our community" says Nichi D'Amico, president of INAF. "I had the privilege and the pleasure of knowing him during the years spent in Bologna and I want to remind everyone of one of his jokes. With his sly and affable air, he told me that it was enough for him to see how a young person moves, how s/he walks, to perceive their talent. It was true: Giorgio was a great breeder of talents and we owe him the growth of entire lines of research, authoritative and prestigious. To the family, friends and colleagues, a warm embrace".

See also a dedicated web page at INAF (in Italian).

26 April 2018 On 20 March a new bright transient optical source, near the Galactic plane, was found at V<10 by the All Sky Automated Survey for SuperNovae (ASAS-SN; ATel #11454). These observations showed an outburst amplitude of more than 7 mag. About a day later it was already brighter than 6 mag (see, e.g., AAVSO Alert Notice 626). Earlier spectroscopy (ATel #11456) had not ruled out a Galactic nova, but the transient might also be a large outburst of a young stellar object. Recently, Fermi/LAT and AGILE detected prolonged gamma-ray emission above ~100 MeV (ATels #11546, #11553). If the source is indeed a classical nova, one may expect nucleosynthesis line emission from the decay of 7Be at 478 keV. If this is the case, it makes ASASSN-18fv a very interesting target for INTEGRAL. This could finally give positive results regarding nucleosynthesis lines in novae, one of the objectives of INTEGRAL, and also help to understand the origin of the 7Be in the Galaxy (stellar component).

In view of the very recent detection with Fermi and AGILE and the potential of detecting 7Be line emission, ISOC received a ToO trigger to observe ASASSN-18fv as soon as possible. Although a TAC-approved ToO proposal on a new classical nova exists (PI: Hernanz), the nature of the source is still not 100% clear and the distance was not known yet at the time of the trigger. In consultation with the TAC and IUG it was, therefore, decided to start an out-of-TAC observation as soon as possible after the ToO trigger was received, i.e., from 23 April. The source continues to be very bright one month after discovery (V~6.8 mag; see, e.g., light curve at AAVSO), and it was, therefore, observed with the OMC in Fast monitoring mode. This is one of the few observations using this observing mode. There is a GAIA counterpart of the pre-nova source (G~19.4 mag). At the day of GAIA DR2, 25 April, it was reported that the distance is at least 1.6 kpc (most likely 6.6 kpc). Observations continue under the out-of-TAC proposal and remain publicly available, until further notice.

We will keep monitoring the recently discovered new black-hole X-ray binary transient MAXI J1820+070, aka ASASSN-18ey. The source became bright (up to 4 Crab in X-rays); this triggered an accepted INTEGRAL ToO proposal (PI: Belloni). Because the source is still bright, INTEGRAL keeps monitoring the source every Revolution, under an unsolicited, out-of-TAC program, until further notice. As a service to the community, especially meant to help multi-wavelength data comparisons, the ISDC is providing ready-to-use scientific data products of all available observations of the source in the form of light curves in 1 energy band for JEM-X1 (3–25 keV) and 2 energy bands for IBIS/ISGRI (25–60 and 60–200 keV). See ATel #11490.

18 April 2018 The deadline for the submission of proposals for AO-16 open time observations was on 13 April 2018, and all proposals are in the ISOC database. Below are some preliminary statistics on the proposals that have been received.

Total number of proposals
The total number of proposals received is 62. The total observing time requested is about 112 Msec (for all types of observation, i.e., fixed time, normal time, and ToO). Here, 10% of the requested total ToO time has been taken into account. Given that up to about 21 Msec of observing time (for new observing proposals) will be available for the AO-16 observing programme (12 months duration starting on 1 January 2019), this corresponds to an oversubscription in time by a factor of 5.3.

The non-ToO proposals are requesting data rights for 422 sources in total. 23 proposals requested coordinated time with NuSTAR, Swift and/or XMM-Newton.

End of May, the Time Allocation Committee will peer review all proposals and recommend the AO-16 observing programme to ESA.

26 March 2018 Last week, ESA's Science Programme Committee (SPC) approved indicative extension for the operation of INTEGRAL by another year, i.e., until 31 December 2020. The decision will be subject to confirmation towards the end of 2018.

5 March 2018 INTEGRAL has witnessed a rare event: the moment that winds emitted by a swollen red giant star revived its slow-spinning companion, the core of a dead star, bringing it back to life in a flash of X-rays. The results have been published in Astronomy and Astrophysics. For more detail, please read the ESA Press Release.

5 March 2018 Today, the Director of Science (Prof. Guenther Hasinger) has released the 16th Announcement of Opportunity (AO-16) for observing proposals with INTEGRAL.

This announcement solicits proposals for observations to be carried out from January 2019 for a period of 12 months. Proposers from all over the world are welcome to participate. All proposals will be subject to an independent peer review by the INTEGRAL Time Allocation Committee (TAC). The deadline for proposal submission is Friday 13 April 2018, 14:00 CEST.

More information can be found on the AO-16 page.

11 January 2018 ISOC wishes you a healthy and successful 2018. The AO-15 cycle of observations started on January 1st and will last 12 months, see the INTEGRAL target lists and sky maps for details as well as the Long-Term Plan.

ISOC is preparing the next call for proposals requesting INTEGRAL observing time. The AO-16 release will be already on 5 March, with a deadline on 13 April 2018. The AO-16 cycle of observations is foreseen to begin on 1 January 2019 and has the usual duration of 12 months.