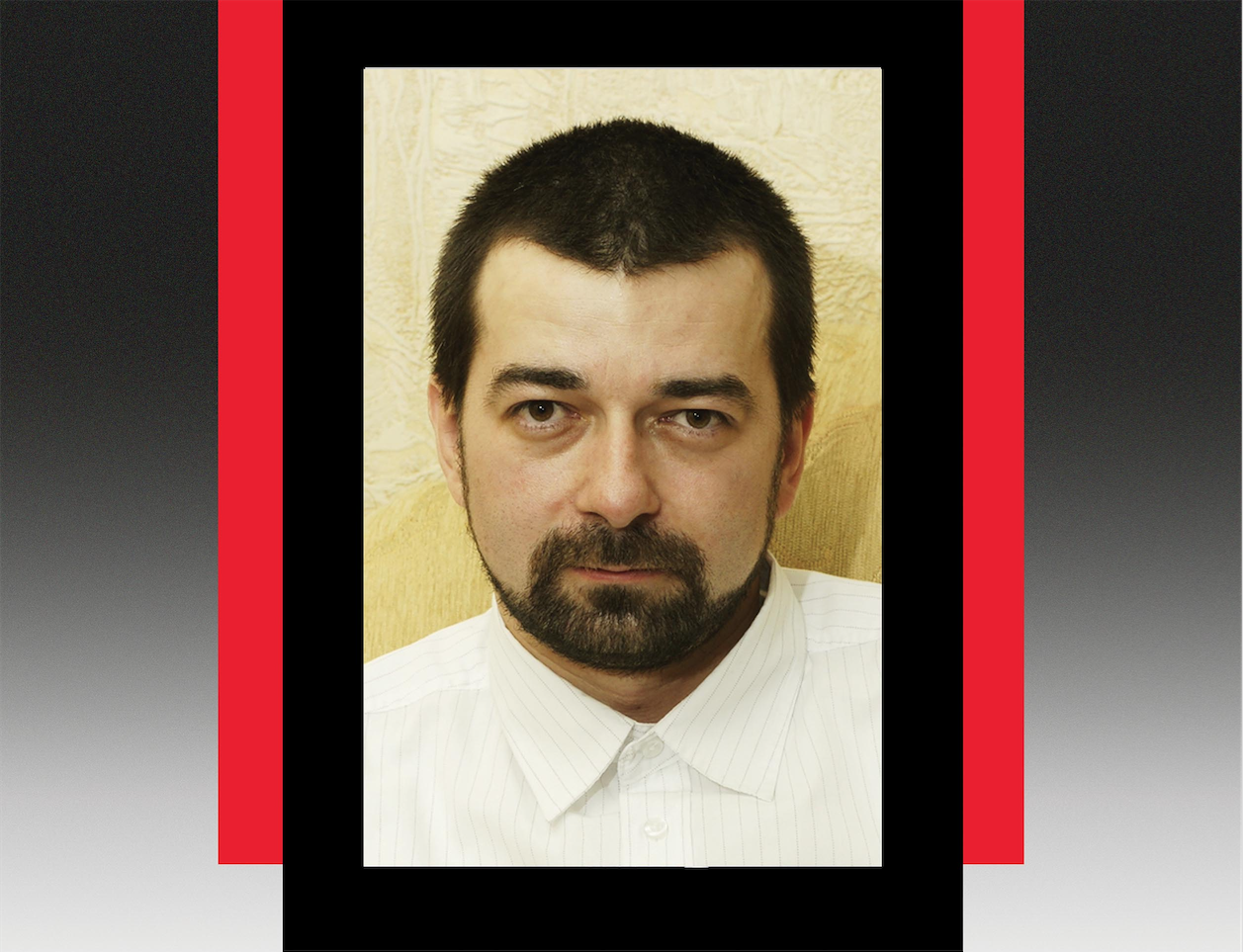 28 November 2016 After a long illness, Mikhail G. Revnivtsev passed away on 23 November. He was the Head of the Laboratory of Experimental Astrophysics Space Research Institute, a renowned scientist in the field of X-ray astronomy and high-energy astrophysics. He was also a very pleasant colleague and good friend for many of us. Mike served in the INTEGRAL Time Allocation Committee and was a member of the INTEGRAL User's Group from 2011 to 2015. His contributions were paramount to the mission. He will be missed.

22 November 2016 Good news! ESA's Science Programme Committee (SPC) has confirmed two-year mission extensions for nine scientific missions in which ESA is participating, including INTEGRAL. This secures its operations until the end of 2018.

17 October 2016 Fourteen years ago, on 17 October 2002 at 6:41 CEST, the INTEGRAL observatory was launched from Baikonur. Ever since it has continued to observe the gamma-ray and X-ray sky, remaining in excellent health, ready to go on for years to come.

15 July 2016 We are pleased to announce the first version of ESASky. This new web portal offers access to the publicly available data for ESA astronomy missions. ESASky allows you to visualise imaging data on the celestial sphere, and by linking to each mission's science archive, retrieve any of these data. It uses Aladin lite, developed by the Centre de Donné astronomiques de Strasbourg. High-level, science-ready, public imaging data products and source catalogues are currently available for the missions INTEGRAL, XMM-Newton, Suzaku, HST, ISO, Herschel and Planck. More details can be found on the ESASky help page, and in this short video demonstration.

28 June 2016 The INTEGRAL AO-14 General Programme, as recommended by the Time Allocation Committee (TAC) and approved by ESA's Director of Science (Prof. Alvaro Giméz), has been released and the observers have been informed.

23 June 2016 The INTEGRAL 2016 Conference is organized by SRON Netherlands Institute for Space Research and the Astronomical Institute "Anton Pannekoek" of the University of Amsterdam, and will take place on October 10-14, 2016, in Amsterdam, The Netherlands. The focus of the meeting is on the astrophysics of highly energetic phenomena that are observed with INTEGRAL, taking into account advanced modelling and observational constraints from all wavelengths and other cosmic messengers. The INTEGRAL 2016 conference is open for registration and abstract submission, see: www.sron.nl/integral2016-registration. The deadline for abstracts is July 1.

JEM-X2 without Science data for a week

06 June 2016 On 27 May (10:36Z), JEM-X2 started to lose science data on the highspeed line connecting front-end and data processing electronics. The problem was resolved on 3 June (06:29Z) after a reset of the instrument. This covers the time from science window 39 in revolution 1683 to science window 14 in revolution 1686. JEM-X1 and all other instruments operated normally.

14 April 2016 The deadline for the submission of proposals for AO-14 open time observations was on 8 April 2016, and all proposals are in the ISOC database. Below are some preliminary statistics on the proposals that have been received.

Total number of proposals
The total number of proposals received is 57. The total observing time requested is about 115 Msec (for all types of observation, i.e., fixed time, normal time, and ToO). Here, 10% of the requested total ToO time has been taken into account. Given that up to about 21 Msec of observing time (for new observing proposals) will be available for the AO-14 observing programme (12 months duration starting on 1 January 2017), this corresponds to an oversubscription in time by a factor of 5.5.

The non-ToO proposals are requesting data rights for 359 sources in total. 12 proposals requested coordinated time with NuSTAR, Swift and/or XMM-Newton.

In mid May, the Time Allocation Committee will peer review all proposals and recommend the AO-14 observing programme to ESA.

30 March 2016 Following the discovery of gravitational waves from the merging of two black holes, INTEGRAL has revealed no simultaneous gamma rays, just as models predict. See the ESA press release.

INTEGRAL instruments shut off over Easter

29 March 2016 On Saturday 26 February a Single Event Upset on one of the Payload Module Power Distribution Units resulted in all instruments being suddenly switched off. The Flight Control Team at ESOC has been working hard and the instruments are being activated again one after the other.

1 March 2016 A team lead by the Max-Planck-Institut füraterrestrische Physik (MPE) in Garching, Germany, together with the Astrophysics division/laboratory AIM of CEA-Irfu report the discovery of intense bursts of photons at energy around 511 keV from V404 Cyg, which is interpreted as the signature of the annihilation of an electron with its anti-particle, the positron. Their findings were published yesterday in Nature. See also the Press releases by MPE and SAp.

29 February 2016 Today, the Director of Science (Prof. Alvaro Giménez Cañete) has released the 14th Announcement of Opportunity for observing proposals with INTEGRAL.

This announcement solicits proposals for observations to be carried out from January 2017 for a period of 12 months. Proposers from all over the world are welcome to participate. All proposals will be subject to an independent peer review by the INTEGRAL Time Allocation Committee (TAC). The deadline for proposal submission is Friday 8 April 2016, 14:00 CEST.

More information can be found on the AO-14 page.

26 January 2016 Normally busy with observing high-energy black holes, supernovas and neutron stars, INTEGRAL recently had the chance to look back at our own planet's aurora.

13 January 2016 Last year, the Russian Advisory Committee (RAC) for INTEGRAL agreed with proposed changes to the data rights policy with regard to Russian Federation proposals in AO-13. Data or science rights to the targets or science in the field of view (FOV) of the instruments proposed by the PIs from the Russian Federation and accepted by the TAC will be allocated to these PIs with the usual 1-year proprietary period. However, the rest of the field will be made public to the community at-large through the consolidated data programme, i.e., having a policy similar to that for non-Russian Federation proposals. Russian PIs still have exceptional access to the near-real time data of their observations. This policy change is in effect from January 1. Note that the guaranteed return to the Russian Federation science community from the open time programme stays 25%.

12 January 2016 In order to fix the PICsIT histogram malfunction (see news from 18 December), the IBIS instrument will be fully deactivated and restarted in Revolution 1633, which is dedicated to the study of diffuse emission with SPI. The procedure is set to start on 14 January 6:30Z and to be finished around 19:00Z on 15 January.

11 January 2016 ISOC wishes you a healthy and successful 2016. The AO-13 cycle of observations started on January 1st and will last 12 months, see the INTEGRAL target lists and sky maps for details as well as the Long-Term Plan.

ISOC is preparing the next call for proposals requesting INTEGRAL observing time. The AO-14 release will be on 29 February, with a deadline on 8 April 2016. The AO-14 cycle of observations is foreseen to begin on 1 January 2017 and has the usual duration of 12 months.