Do they go boom?

As soon as the scientific data gathered by Gaia has been received on Earth, a software pipeline kicks in to see if there are objects out there going wild. Are they suddenly brightening, or dimming peculiarly? If so, alerts are posted on the Gaia Photometric Science Alerts website to allow astronomers across the world to follow up on such unexpected dimming or brightening of stars and other sources. With Gaia's third data release, a complete table of science alerts is made available from the Gaia Archive.

The table of science alerts covers the period during which data has been gathered for Gaia's data release 3: the 34 months between 25 July 2014 and 28 May 2017. In the sky map below, the alerts that have been raised in this period are shown in galactic coordinates, with colour-coding to highlight the different types of events caught. A total of 2612 science alerts triggered in the period underlying Gaia DR3 are shown in the figure. Gaia turns out to be quite successful at detecting transients and is in the top 5 for reporting transients. 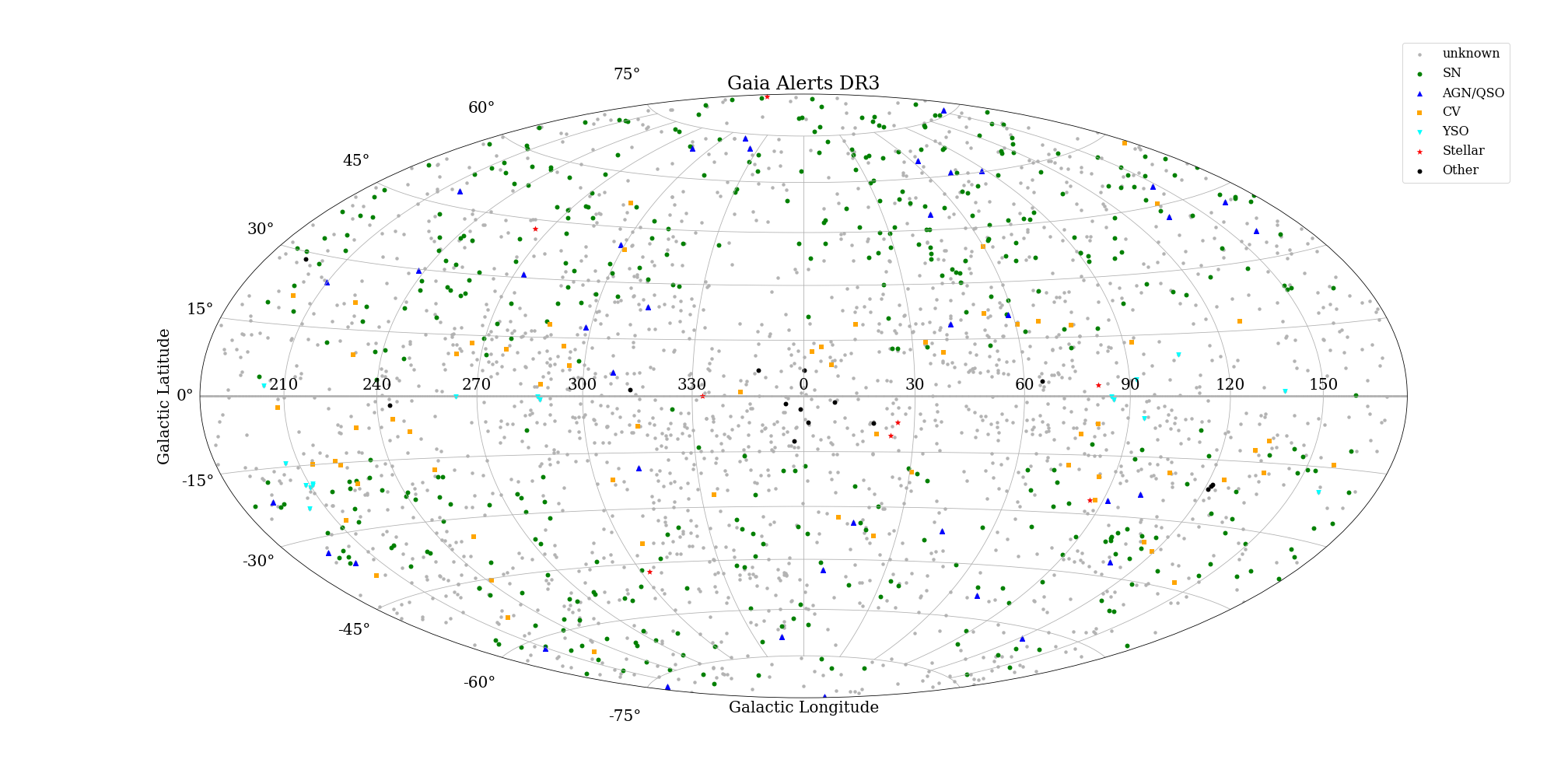 Gaia sends an alert also when a regular star gets brighter - this could be a signature of a gravitational microlensing event when a foreground object bends the space-time and magnifies the light of the background star. Such events can be caused either by regular stars, but also by dark objects, like neutron stars or even black holes! Microlensing events were also searched in the Gaia DR3 data from 2014 until 2017 and 363 events were found (Wyrzykowski et al. 2022). The next Gaia Data Release 4 will provide complementary information on the change in position caused by lensing, a very subtle effect detectable only by Gaia in hundreds of microlensing events. Such a full picture of microlensing events will yield black holes and other dark lens discoveries!