How did you produce the data for this star? - Gaia

How did DPAC produce the data for this star?

Insight in the pipelines, calibrations and organisation of Gaia DPAC

With each data release, a full description is given of the path the data made after coming down from the spacecraft as raw data until it reaches the archive as scientific data products for distribution. These descriptions are largely provided in the data release documentation and are complemented with a set of release papers describing specific processing steps or validation activities. The release papers consist of an overview paper summarising the release, a list of processing papers produced by the various coordination units and a set of performance verification papers to demonstrate the quality of the data without going into too much detail. 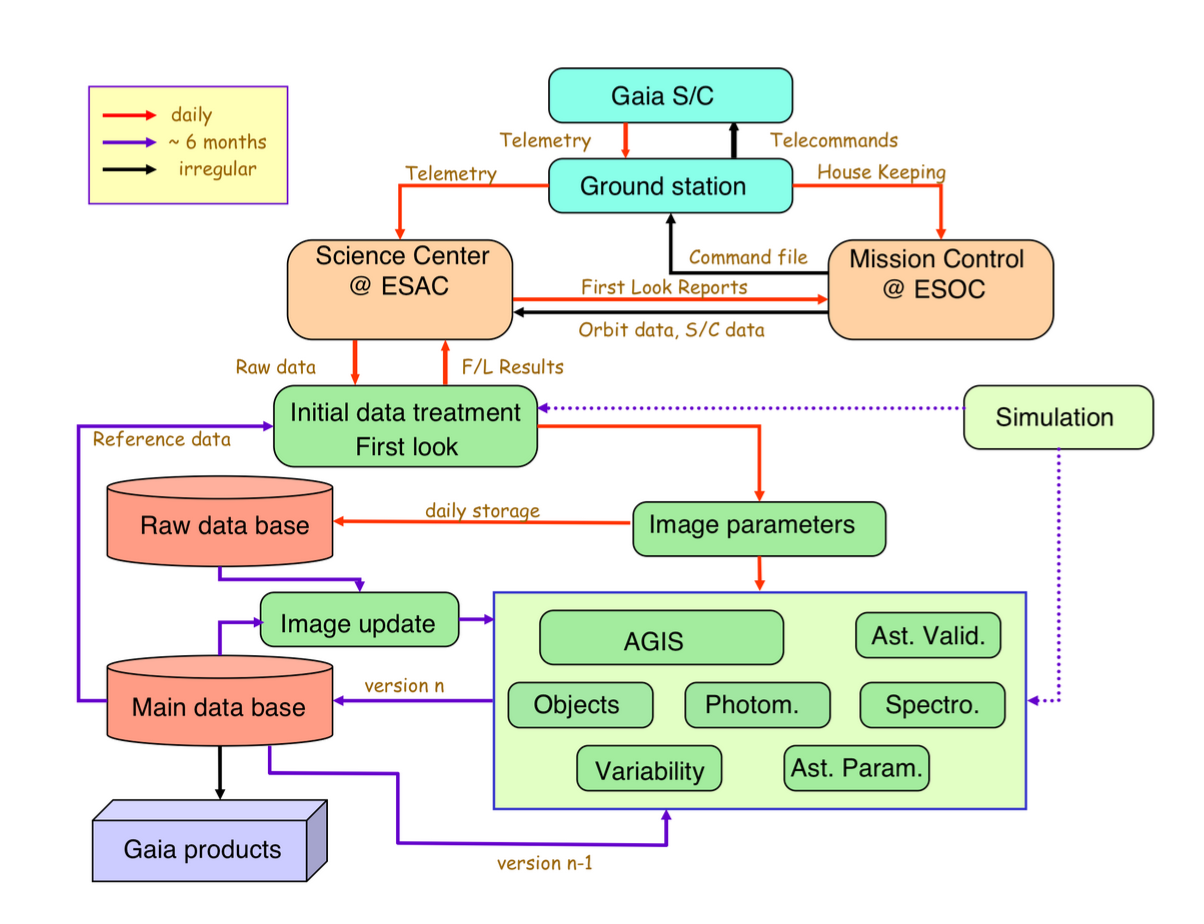 Overview of the data flow in the Gaia science ground segment, taken from the data release documentation.

There are 6 Gaia data processing centres: at the Institute of Astronomy in Cambridge (United Kingdom), at the University of Geneva in Switzerland, at the Barcelona Supercomputing Centre in Spain, at the University of Torino in Italy, at the Centre National d'Etudes Spatiales in Toulouse (France) and at the European Space Astronomy Centre in Madrid, Spain. Each data processing centre is responsible for a specific part of the processing and collaborates with the rest of the Gaia consortium to ensure the best scientific data products are obtained. 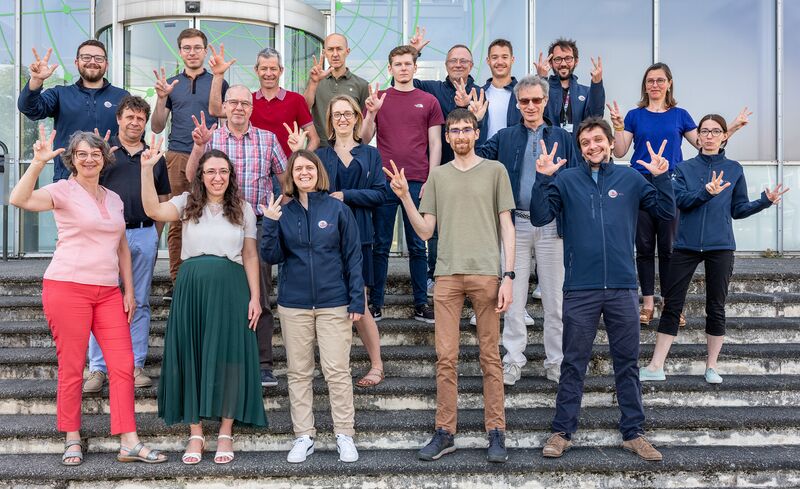 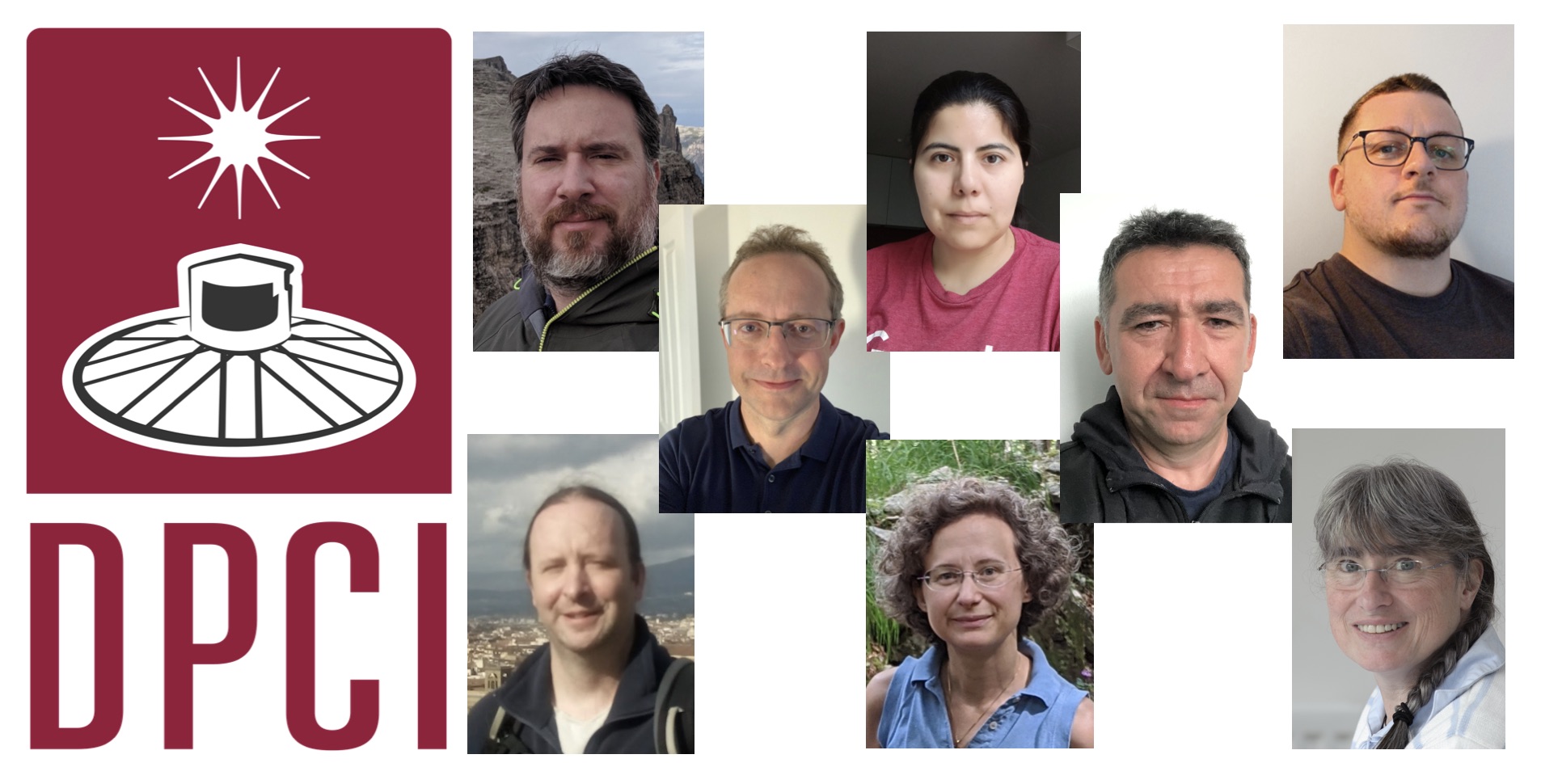 Located at the Institute of Astronomy (University of Cambridge, UK), DPCI is responsible for the integration and operations of several pipelines developed in coordination with CU5: PhotPipe, producing the photometric (magnitudes and fluxes in the G, GBP and GRP bands) and spectro-photometric (the BP and RP low-resolution spectra) data, AlertPipe, mining daily the acquired data to find and classify objects that have photometrically changed and SEAPipe, stacking multiple observations of all sources to detect faint and near-by sources thus effectively increasing the Gaia resolution and removing biases due to these previously undetected companions. In the past years, DPCI has embraced advanced techniques to ensure performance, robustness and reliability of these software systems and their products.

Below a video is provided that was produced for Gaia's Early Data Release 3 in December 2020. The discussed content is still relevant for Gaia's full data release 3 and give an insight in the work performed at the data processing centre in Barcelona, Spain.

The Gaia Consortium started its activities in 2006, to prepare the processing such that, when the Gaia spacecraft was launched in 2013 and became operational in July 2014, the data could immediately go through its initial data treatment and flow down through the different processing pipelines. 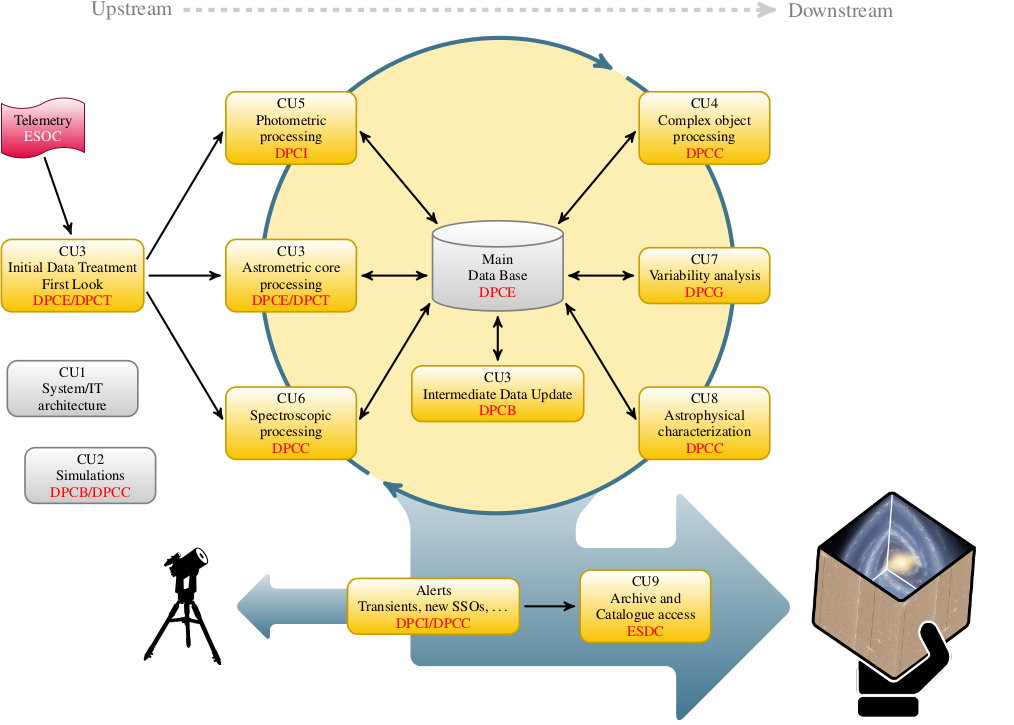 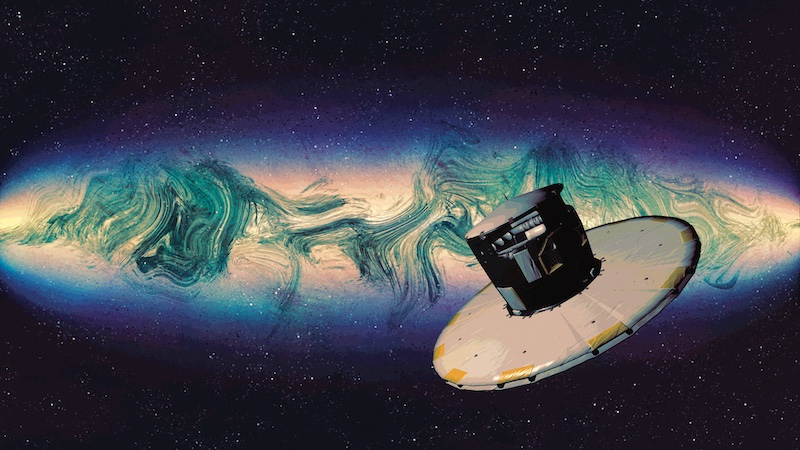 © CNES 2022 Screenshot of the video above providing an overview of the ground segment of the Gaia data processing done at CNES. Credit :Burgain Claire, Debeir Clément - SapiensSapiens ​​​​​​.