How far away are the stars? - Gaia

How far away are the stars? 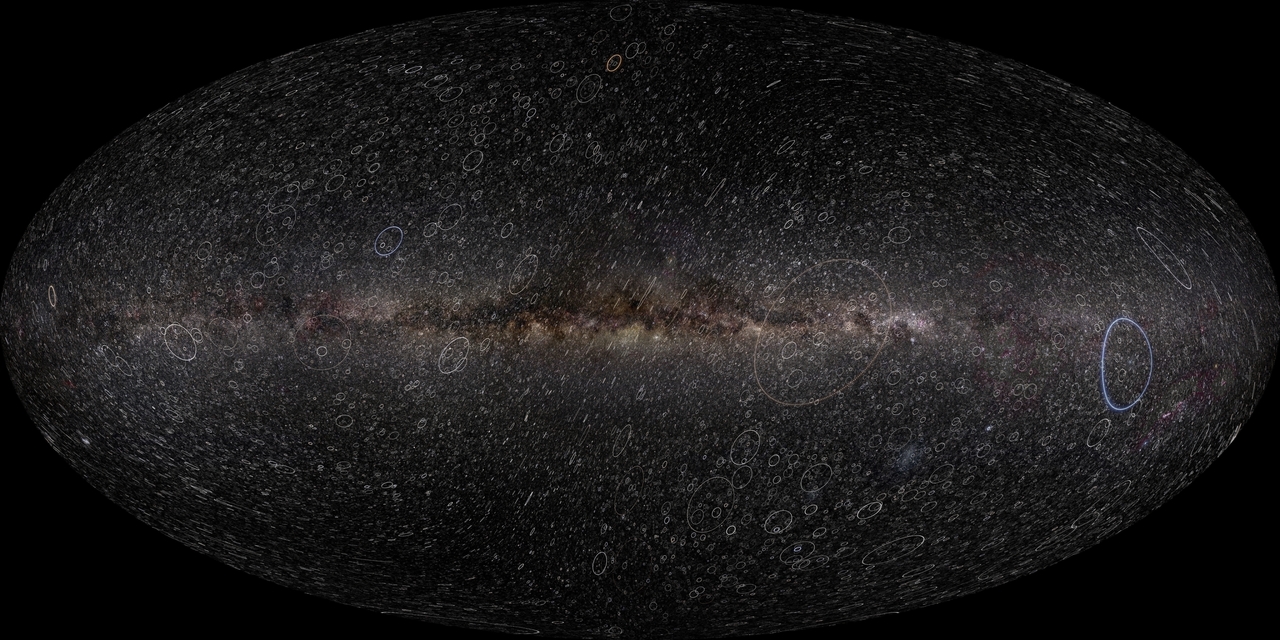 How does one know that an object in everyday life is far away or quite close? If one looks at the object, the view from one eye is at a slightly different angle than the view from the other eye. This can be demonstrated by holding your thumb in front of you with stretched arms and then looking at it first with one eye, and then with the other eye. Between these observations, your thumb will have moved horizontally with respect to the background. The amount (angle) your thumb has moved with respect to the background gives a direct measurement how far away your thumb is from your eyes, under the assumption that the separation between your eyes is known (typically some 7 cm). The further away you hold your thumb, the less it moves with respect to the background, and this relationship is linear. The same is applicable to all other objects in everyday life that you observe with both eyes. Your brain will automatically combine what you see with each of your eyes individually such that a 3D world emerges.

The same concept is used by Gaia to measure the distance to stars and other objects in the sky to make a 3D map of the Milky Way. Gaia is in orbit around the Lagrange point L2, and travels together with the Earth around the Sun in one year. Given Gaia's distance from the Earth (about 1.5 million km in the anti-Sun direction) and, more importantly, Earth's large distance to the Sun (about 150 million km, the astronomical unit), Gaia's "eyes" can be thought of to be separated by more than 300 million kilometers. This enormous baseline makes Gaia extremely sensitive and allows it to measure, with observations of the same star collected during a few years, the apparent shift from stars that are very far away. This is referred to as a direct (trigonometric) parallax measurement. 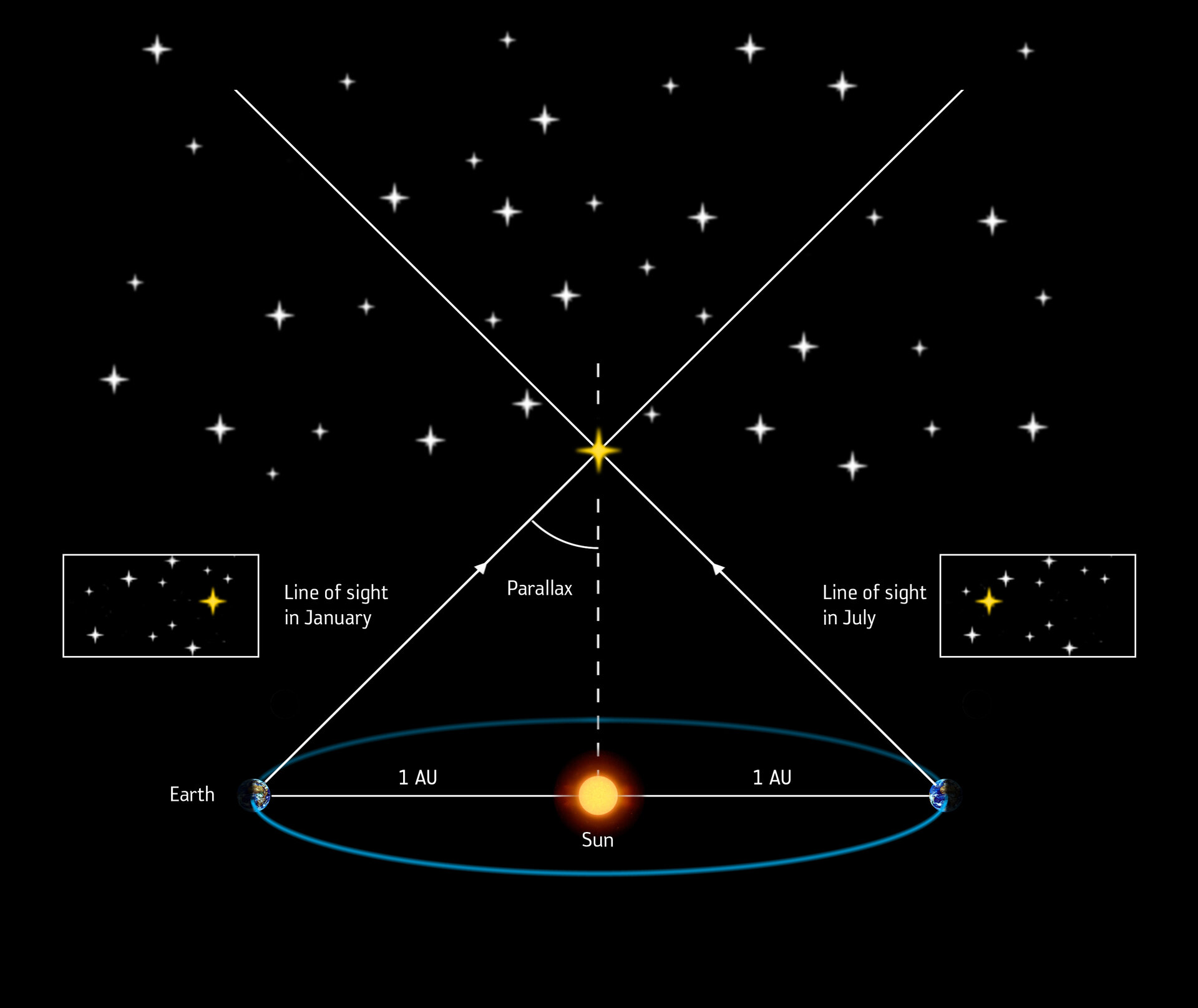 Gaia's parallax measurements of the stars were already published in December 2020 with the Gaia Early Data Release 3 (Gaia EDR3) to allow the scientific community to start exploring this data product while the Gaia DPAC consortium was still processing other data products that were scheduled for the full Gaia DR3. For user convenience, the Gaia EDR3 parallaxes (and astrometry) are copied into the full Gaia Data Release 3 which is published today.