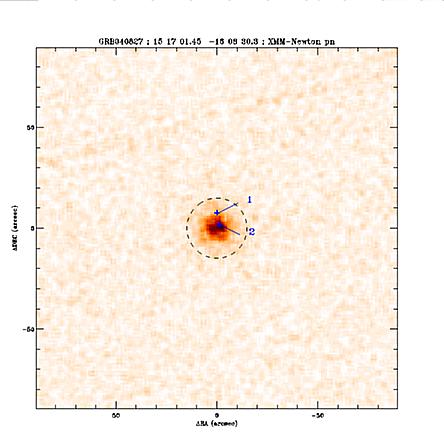 PN light curve between 0.2 and 7 keV (background subtracted). After ~30ksec the count rate of the source decreased by a factor ~2. 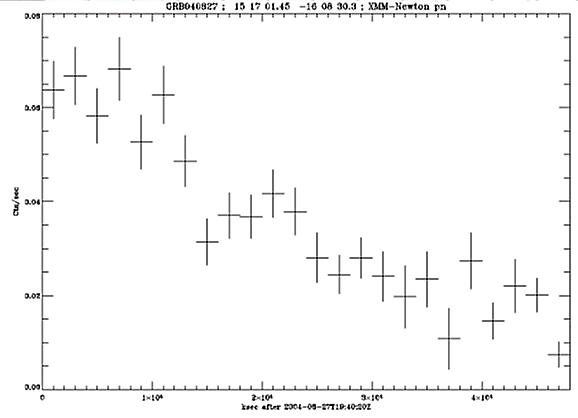 A single absorbed power law may not be enough to fully describe the X-ray spectrum of GRB040827; some structure seems to be present in the residuals of the fit to such a simple model.