Path of Jupiter in the Sky as seen by XMM-Newton (left). The blue circle flags a field source occulted by the planet at the beginning of the observation. The rotation is identified by the Northern auroral spots appearing and disappearing. The right panel shows the same image, but referred to the center of Jovian disk. 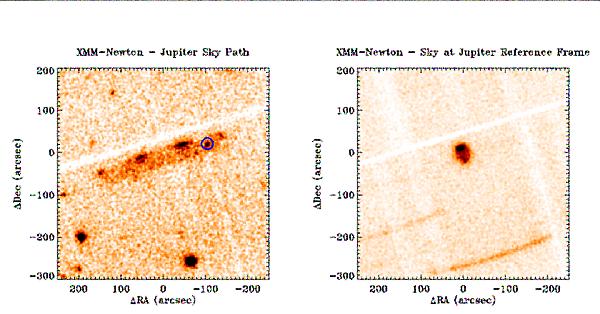 Enhanced view of the Jupiter disk in two differente energy bands. The images are built up as the average over the complete observation (Click on the image to see an animation of the observation). 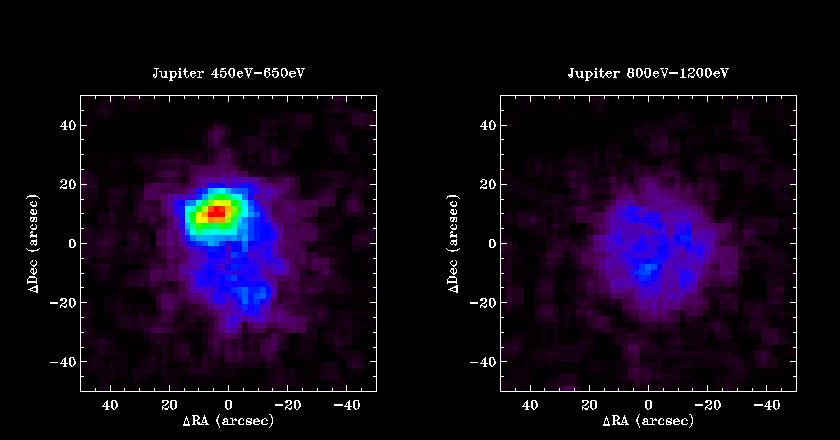 The fact that the North Aurora is the main source of oxygen line emission is also suggested by the light curves corresponding to the same energy bands: 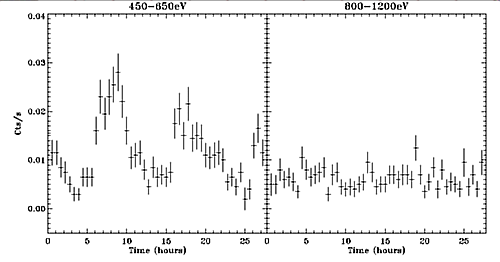