After the event on 11 December 2012, another peripheral CCD, namely MOS1 CCD3, is significantly damaged.

No impact on the other X-ray instruments has been observed.

Scientific observations are continuing normally with XMM-Newton, including MOS1, but now without data from CCD3, or from CCD6 as a result of the 2005 event.

Scientific impact of the MOS1-CCD3 loss

The science impact of the loss of MOS1 CCD3 is small:

CCD3 is one out of the six original peripheral CCDs of MOS1. It covers, to a first order approximation, slightly less than 1/7 (or 14%) of the geometrical area of MOS1. MOS1, in turn, only contains some 22% of the total effective area of the EPIC instrument with MOS1, MOS2 and pn, operating simultaneously. Therefore, the impact of the loss of CCD3 is zero for on-axis point sources and extended sources with radius smaller than 5.5 arcmin. For sources falling in CCD3 or for the extended emission of on-axis sources at distances larger than 5.5 arcmin, there is a 22% decrease in effective area (or 12% decrease in signal-to-noise ratio) over 14% of the field.

The combined impact of the two events from March 2005 and December 2012, which affected MOS1 CCD6 and CCD3, respectively, remains zero for on-axis point sources and a 12% reduction of the signal-to-noise in about 28% of the off-axis field of view for point-like or extended emission at radial distances larger than 5.5 arcmin.

Please refer to this report for more details.

Scientific impact on the other MOS1 CCDs

The analysis carried out indicate that the impact on the other MOS1 CCDs is very small. Please refer to this report for more details. 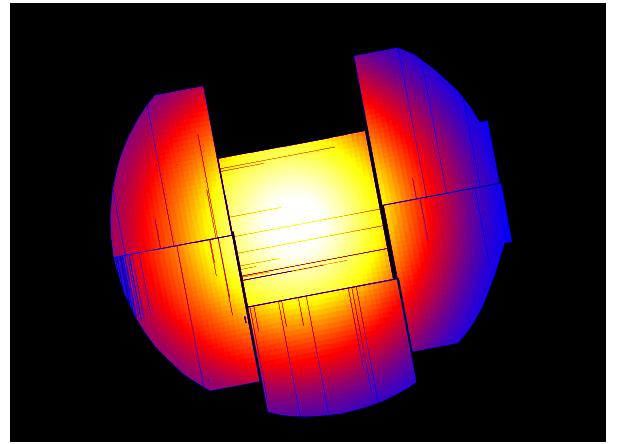 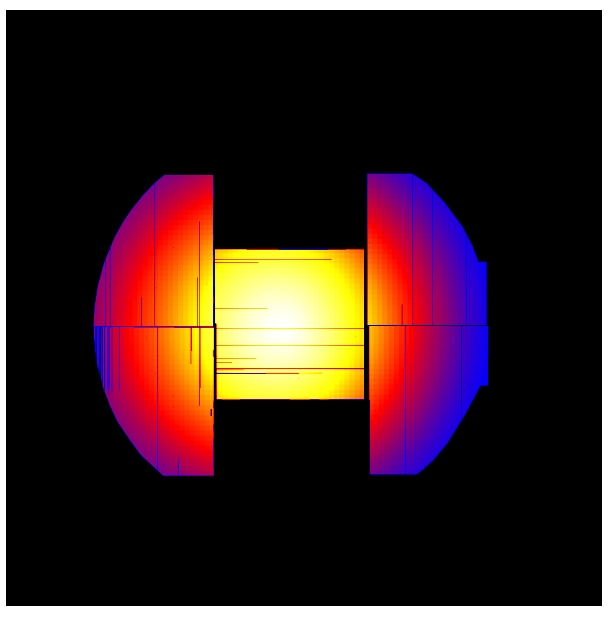 Exposure map corresponding to exposures after the loss of MOS1 CCD3.