Preliminary analysis of the ToO data shows the presence of an X-ray source (pn) as well as UV source (OM UVW1,UVM2, UVW2) at the SN2004dj location within the XMM-Newton astrometric accuracy (2-3arcsec).

The average count rate during the pn exposure was 0.012 counts/sec, which roughly corresponds to a flux of ~2x10-14erg/cm2/s.

Figure 1: Left panel: A colour coded image of NGC2403 where the red channel contains the DSS image, and the green and blue channels contain, respectively, the data from the UVW1 and UVW2 filters during the ToO observation. Right panel: The X-ray sources found in the pn map are added as saturated blue regions. (In all images North is up and East to the left.) 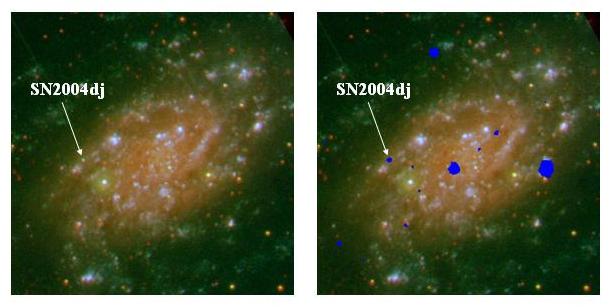 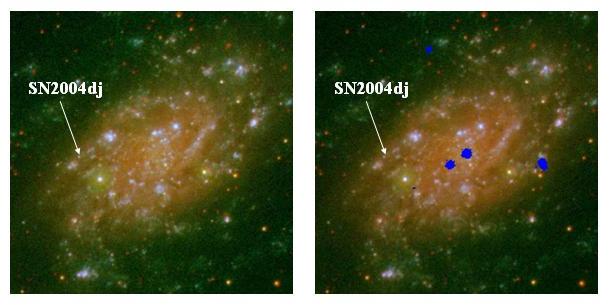