The XTE position of XTE J1720-318 and its reported uncertainty are marked by the circle.
Due to the extremely high brightness of the source, the mirror support construction of the XMM-Newton X-ray mirrors is reflected in the X-ray image as a number of radially oriented 'spokes'. 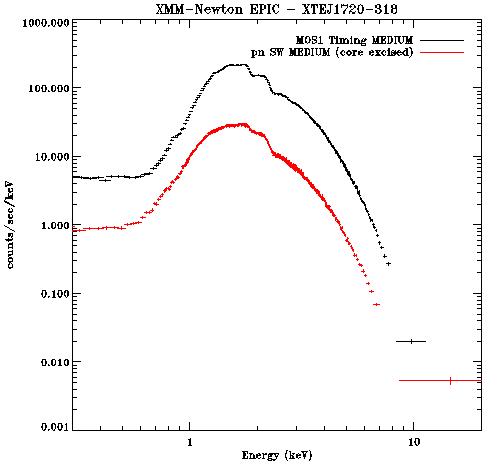