Probing the Physics of a Neutron Star 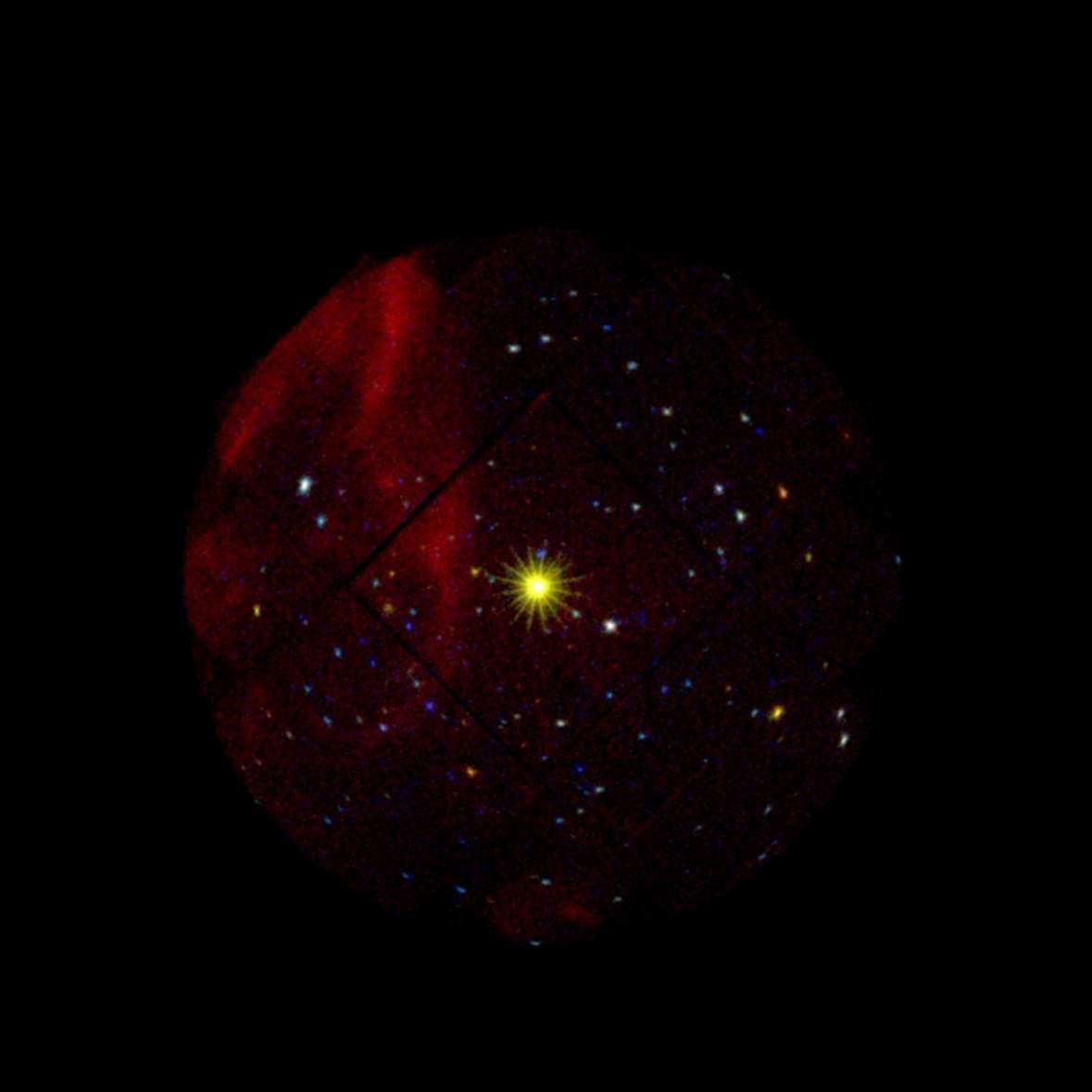 The neutron star 1E1207.4-5209 is seen as the bright yellow object in the centre of this image, which was taken with the European Photon Imaging Camera (EPIC) aboard ESA's X-ray observatory, XMM-Newton.
There are an estimated 100,000,000 neutron stars in the Galaxy. To date, only 1400 have been discovered via their radio emission and, of those, around 50 are known to emit X-rays.
1E 1207.4-5209 is the first isolated neutron star to show cyclotron absorption lines in its X-ray spectrum.
The data shown in the figure represent the longest observation performed so far on a galactic source by XMM-Newton. 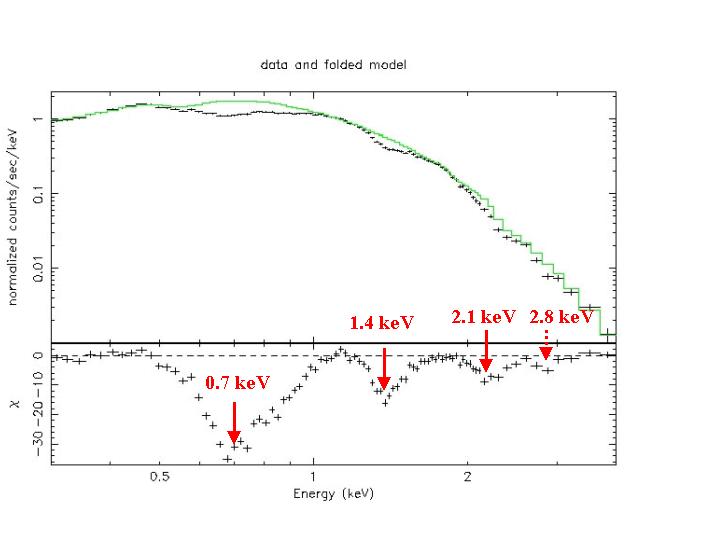 This figure shows the X-ray spectrum of 1E1207.4-5209. The X-rays it emits clearly bear the "harmonic" marks, or are due to the resonant cyclotron absorption.