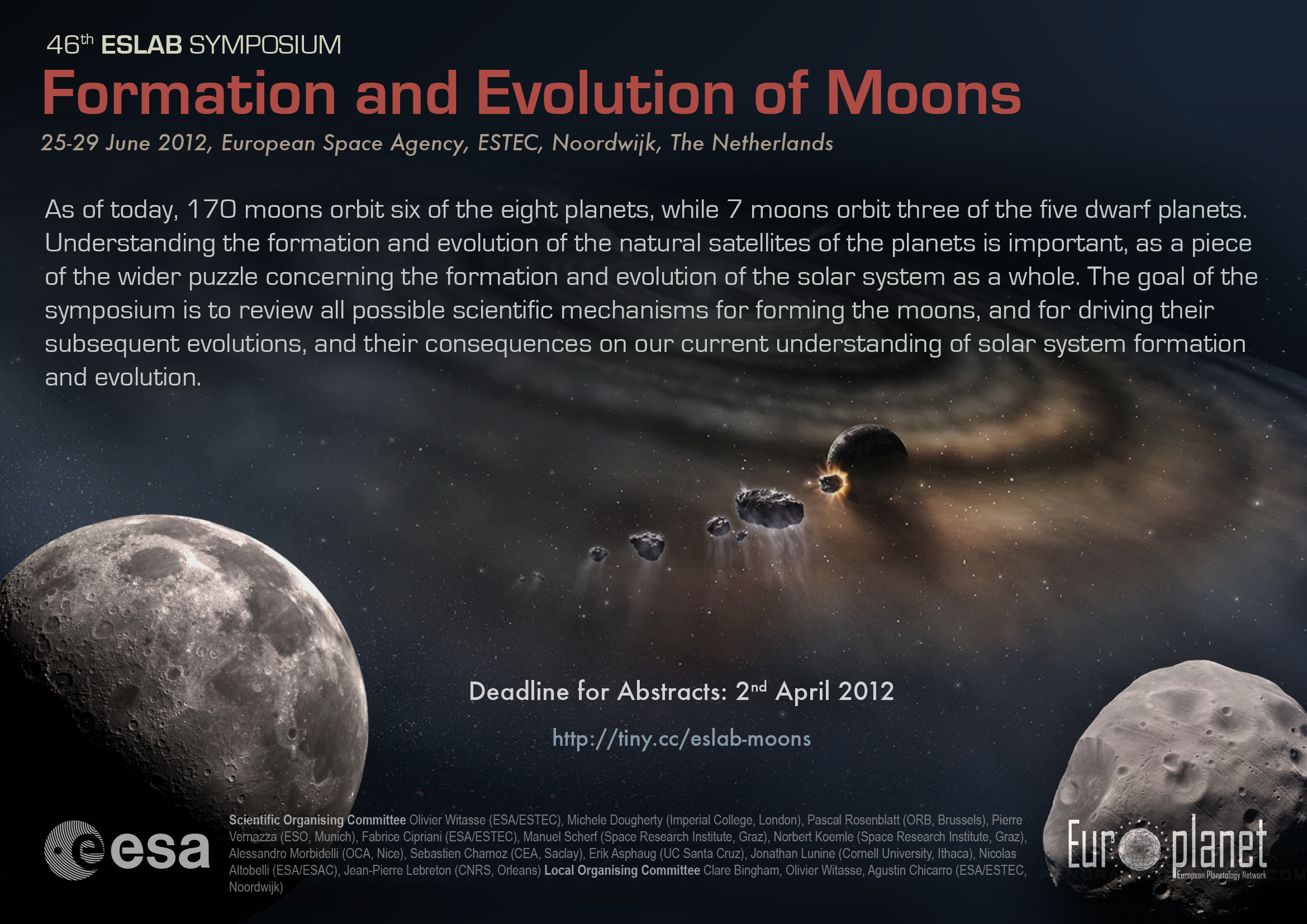 A moon is any solar system body that orbits a larger body other than the Sun. As of today, 170 moons orbit six of the eight planets, while 7 moons orbit three of the five dwarf planets. Numerous moons have been discovered around asteroids and Trans-Neptunian objects. Also, there are large numbers of small moons embedded within Saturn's rings. Understanding the formation and evolution of the natural satellites of the planets is important, as a piece of the wider puzzle concerning the formation and evolution of the solar system as a whole. Significant progress has been achieved recently on the formation of the Moon and of the regular satellites of the giant planets. However, many questions regarding the different formation mechanisms are still unanswered. The goal of the symposium is to review all possible scientific mechanisms for forming the moons, and for driving their subsequent evolutions, and their consequences on our current understanding of solar system formation and evolution. Topics will include the Earth-Moon system, Mars' Phobos and Deimos, the natural satellites of the giant planets and of Pluto and dwarf planets, ring-moon interactions, and the absence of moons around Mercury and Venus. Discussions will address the contributions of past and current missions, and ground-based observations, on future science mission goals.

The symposium will consist of invited and contributed talks, posters, and ample time for discussions.

The international Scientific Organising Committee is composed of:

The local Organising Committee is composed of:

After the conference, the presentations will be posted on the web. In case of sensitive material it will be possible to provide an edited version of the presentation for web publication. A dedicated issue of an international and peer-reviewed scientific journal is under consideration.