This page provides easy access to the information and material regarding the upcoming performance assessment review.

The information in these links only applies to ESA staff in the JWST SOT.

exploring the universe with jwst 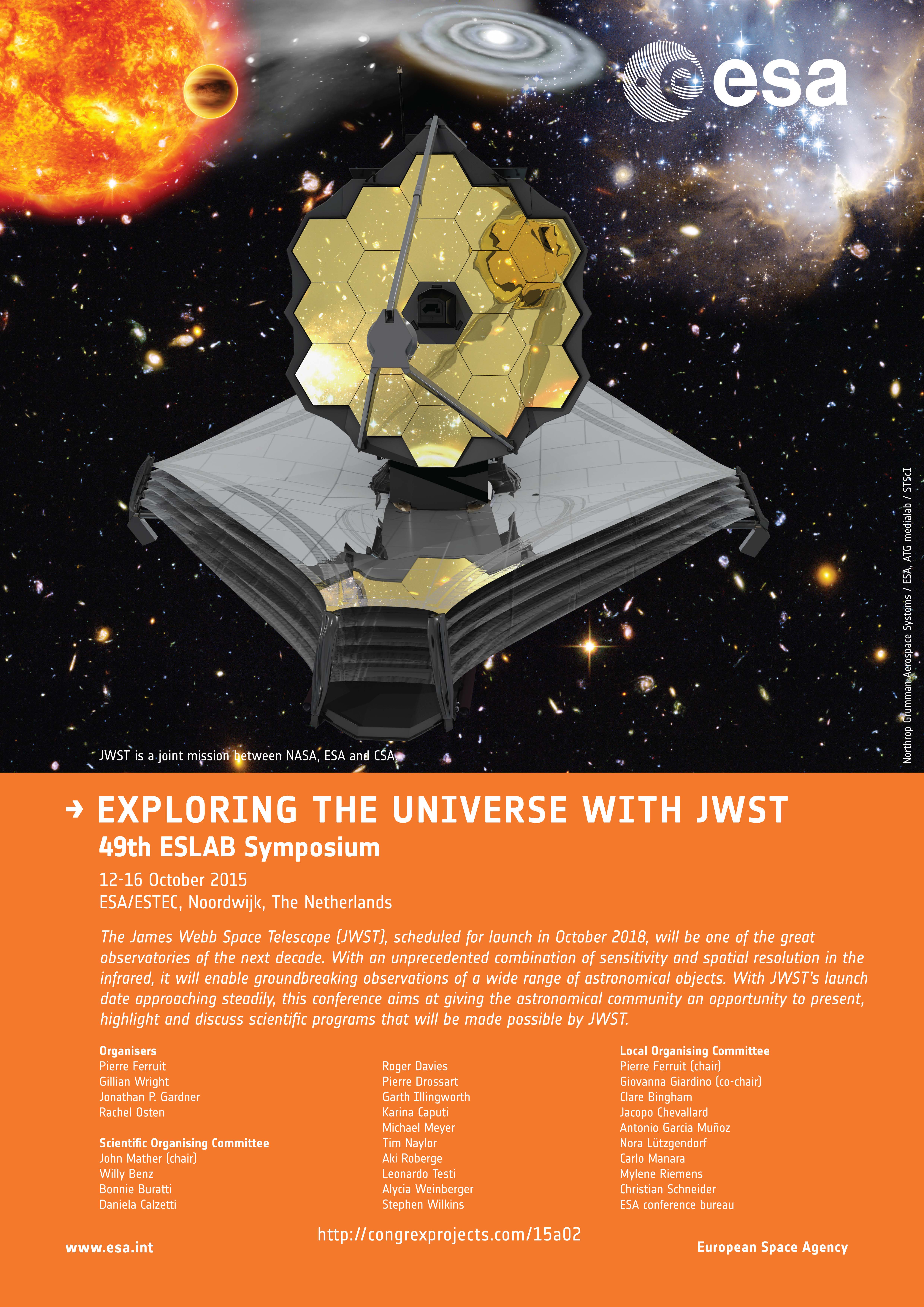 The main goal of this first JWST conference was to bring together scientists to present, highlight and discuss scientific programs that will be made possible by JWST. It covered a broad range of scientific topics, organized in the following categories:

Formation and Evolution of Stars and Planets

From the First Light Epoch to the Peak of Galaxy Assembly

From the First Light Epoch to the Peak of Galaxy Assembly

Formation and Evolution of Stars and Planets

Following the discussion that took place during the meeting, the four chairs of the session wrote a white paper "The case for a James Webb Space Telescope extragalactic key project" that can be retrieved here (astro-ph).