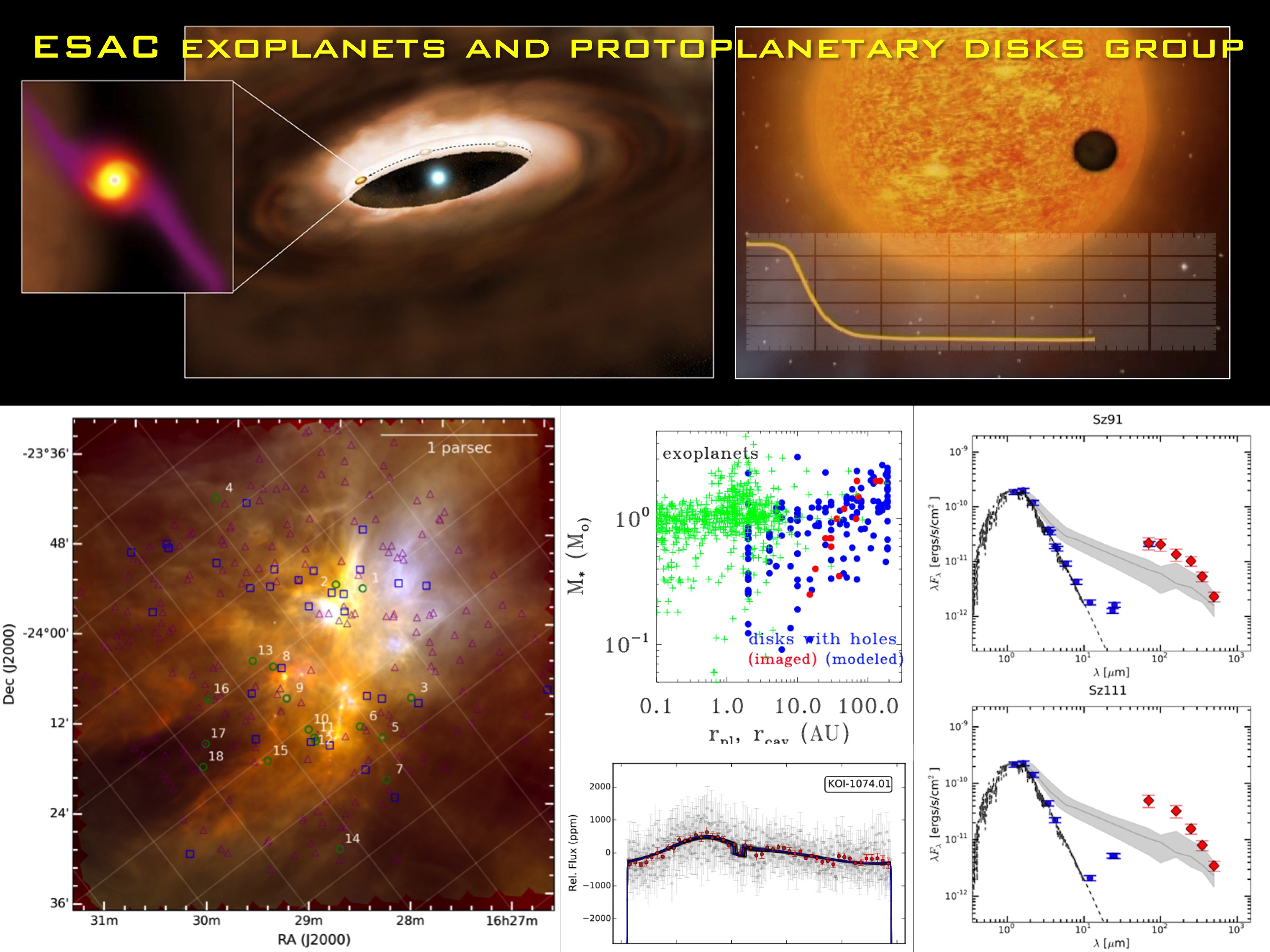 We combine multi-wavelength analysis of star-forming regions to study the dissipation of disks and the transitional disks together with studies of young transiting exoplanets around young stars to link the properties of both samples of objects. We foresee observations with JWST, VLT and ALMA among others to support these investigations, including the use of ESA's 1m Optical Ground Station (OGS) for targetted exoplanet transit searches in young star-forming regions.

The members of the exoplanets and protoplanetary disks group in 2018 are :

Other remote usual collaborators include:

Interested in an ESA Research Fellowship in our group? Apply before the 1st of October of 2020 here.