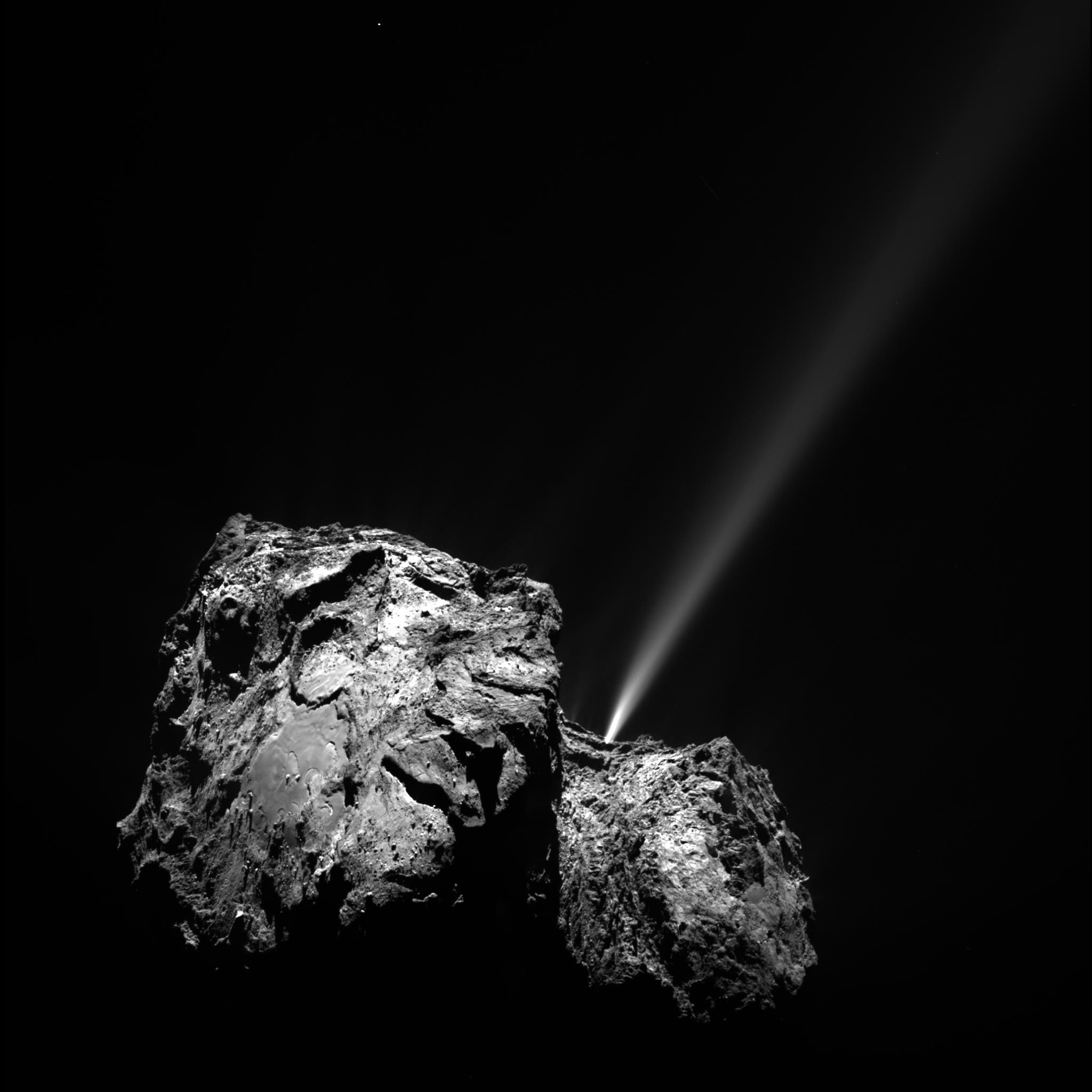 A current focus of the group is the analysis of images from the OSIRIS scientific cameras of the Rosetta mission. We have proprietary access to all images at both ESAC and ESTEC. Current research topics are:

Further research topics at ESAC are:

At ESTEC we are working closely together with the Near Earth Object segment of the Space Situational Awareness program and have access to their observational data. This is used to e.g. work on orbital determinations or shape estimates. We are also monitoring the sky to find asteroids thay may possibly impact.

We are involved in the discovery and characterization of asteroid families in the main asteroid belt, that are the source regions of the near-Earth asteroids. We use the data of ground-based observations of lunar impact flashes, implemented by the National Observatory of Athens (NELIOTA project), in order to characterize the near-Earth population at very small scales. In parallel we perform several experiments in European universities laboratory impact facilities to understand the impact laws for calibration of the aforementioned observations.

Additionally, we study the contamination of asteroid surfaces, meaning the presence of exogenous material alien to their composition, caused by impact events. Small bodies investigation demands the combination of their dynamical orbits with their physical properties e.g. mass, diameter, composition, density, albedo, rotation period. The physical properties provide invaluable information for large-number statistics (e.g. asteroid families, link meteorites with parent bodies etc). For this reason, we host a first database of asteroid physical properties, allowing the user access to values of the above parameters (https://www.cosmos.esa.int/web/astphys). This database is a mirror of the one hosted at the Observatoire de la Côte d’Azur (mp3c.oca.eu).

Further work on meteors is described on a separate website: http://cosmos.esa.int/meteor

Some publications from the group:

Localized sources of water vapour on the dwarf planet (1)Ceres

On the Evolution of Comets

Exogenous origin of hydration on asteroid (16) Psyche: the role of hydrated asteroid families