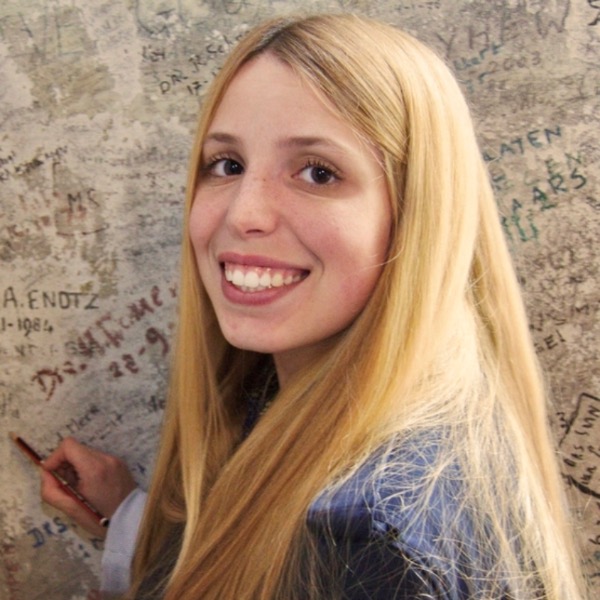 Hosted at ESTEC
Proposal Title: Constraining inflationary models using future Euclid data
Guadalupe obtained her bachelor’s degree in Fundamental Physics from University of Cantabria (Spain), after fulfilling a year abroad as an Erasmus student at Utrecht University (the Netherlands), and completing her bachelor’s research project at Brown University (USA) about weak lensing measurements. In 2016, she was awarded the LION scholarship to pursue her master’s degree in Cosmology at Leiden University in the Netherlands, graduating cum laude in 2018. She continued her scientific career as a PhD candidate and De Sitter Fellow both at the Lorentz Institute of Theoretical Physics and Leiden Observatory (the Netherlands) where she studied theoretical extensions of the standard cosmological model with data science approaches.
At ESA, Guadalupe will continue working for ESA’s Euclid mission. She is a core developer of the code “Cosmological Likelihood for Observables in Euclid” (CLOE), written and maintained by the Euclid Consortium InterScience Taskforce Likelihood. CLOE will be an essential tool for the comparison of the future Euclid data against different theoretical models that aim to explain our Universe. Guadalupe will further extend CLOE to be able to constrain inflationary models in order to explain the origin of the primordial density perturbations that seeded the young Universe and evolved into today’s large scale structure. 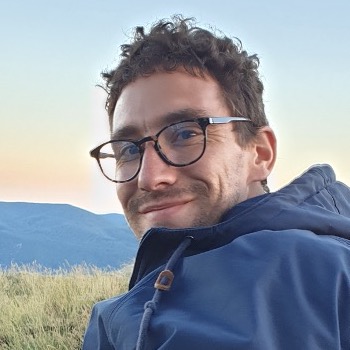 Hosted at STScI
Proposal Title: Deciphering exoplanetary atmospheres in the era of ESA Ariel and NASA/ESA/CSA JWST
Quentin studied engineering, environmental sciences and mathematics at Ecole des Mines (France), Imperial College (UK) and University of Cambridge (UK). He then completed his PhD in Astrophysics at the University College London (UK), focusing on the study of exoplanet atmospheres. During his PhD and first postdoctoral position, also held at UCL, he studied the atmospheric properties of exoplanets ranging from temperate super Earths to ultra-hot Jupiters with space telescopes such as Hubble Space Telescope (HST) and Spitzer Space Telescope. He also joined the Ariel Consortium as a working group leader, actively supporting the development of the mission.
Joining ESA, Quentin will study the atmospheric properties of exoplanets with space telescopes. To do so, Quentin will look for signatures of molecular species, captured during transit and eclipse events, as well as phase-curve measurements. His study will involve the development of sophisticated atmospheric models and statistical techniques, taking full advantage of ESA and NASA observatories. Quentin will use data from facilities such as NASA/ESA Hubble Space Telescope, NASA’s Spitzer and ESA’s CHEOPS, but also the recently launched NASA/ESA/CSA James Webb Space Telescope and ESA’s future Ariel Telescope. 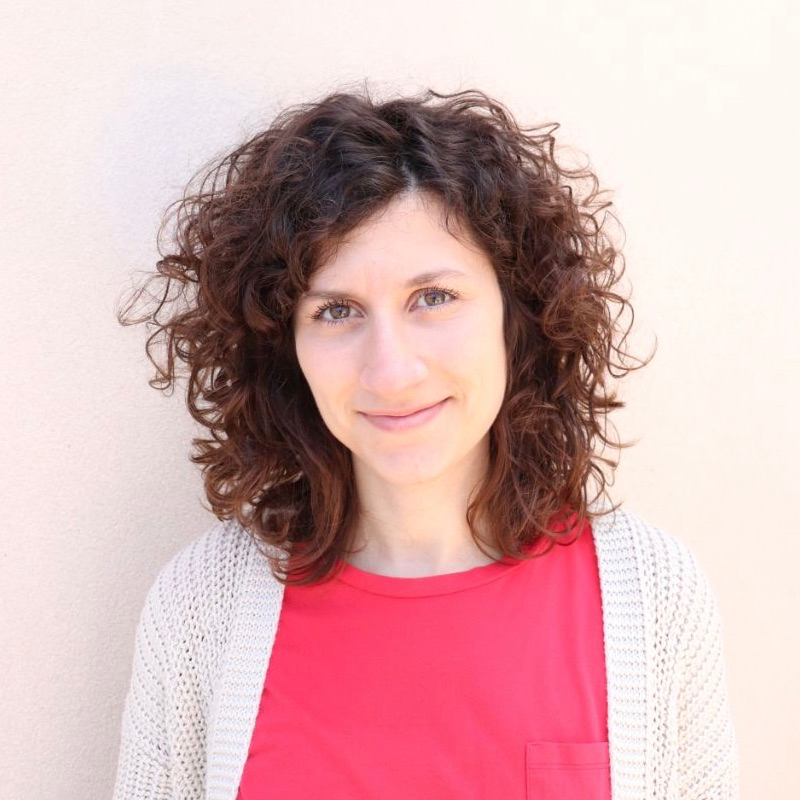 Hosted at ESAC
Proposal Title: Unveiling the impact of active galactic nuclei on galaxy evolution
Chiara grew up in Gioiosa Ionica, a town located in Calabria, southern Italy. She received her Bachelor and Master degrees in Astrophysics at the University of Bologna (Italy) and then moved to Munich (Germany) to complete a PhD at the European Southern Observatory and Ludwig-Maximilians University. In 2019, she joined the University College London (UK) as a Research Fellow.
Chiara is interested in understanding the evolution of galaxies and the processes that stop their star formation activity, which vitally depends on the availability of gas. In particular, her research focuses on galaxies hosting accreting supermassive black holes at their centers, called active galactic nuclei. These are energetic phenomena that can profoundly influence galaxy growth. At ESA, Chiara will investigate galaxies in the young Universe, about 10 billion years ago, when star formation was the most intense. To this aim, she will use data across the electromagnetic spectrum collected by ground-based and space observatories, such as the NASA/ESA Hubble Space Telescope, the NASA/ESA/CASA James Webb Space Telescope and ESA’s XMM-Newton. Her goal is characterizing the impact that supermassive black hole activity has on the host galaxy gas reservoir and star formation. These studies will be key to ultimately unveil how galaxies obtained the appearance we observe today. 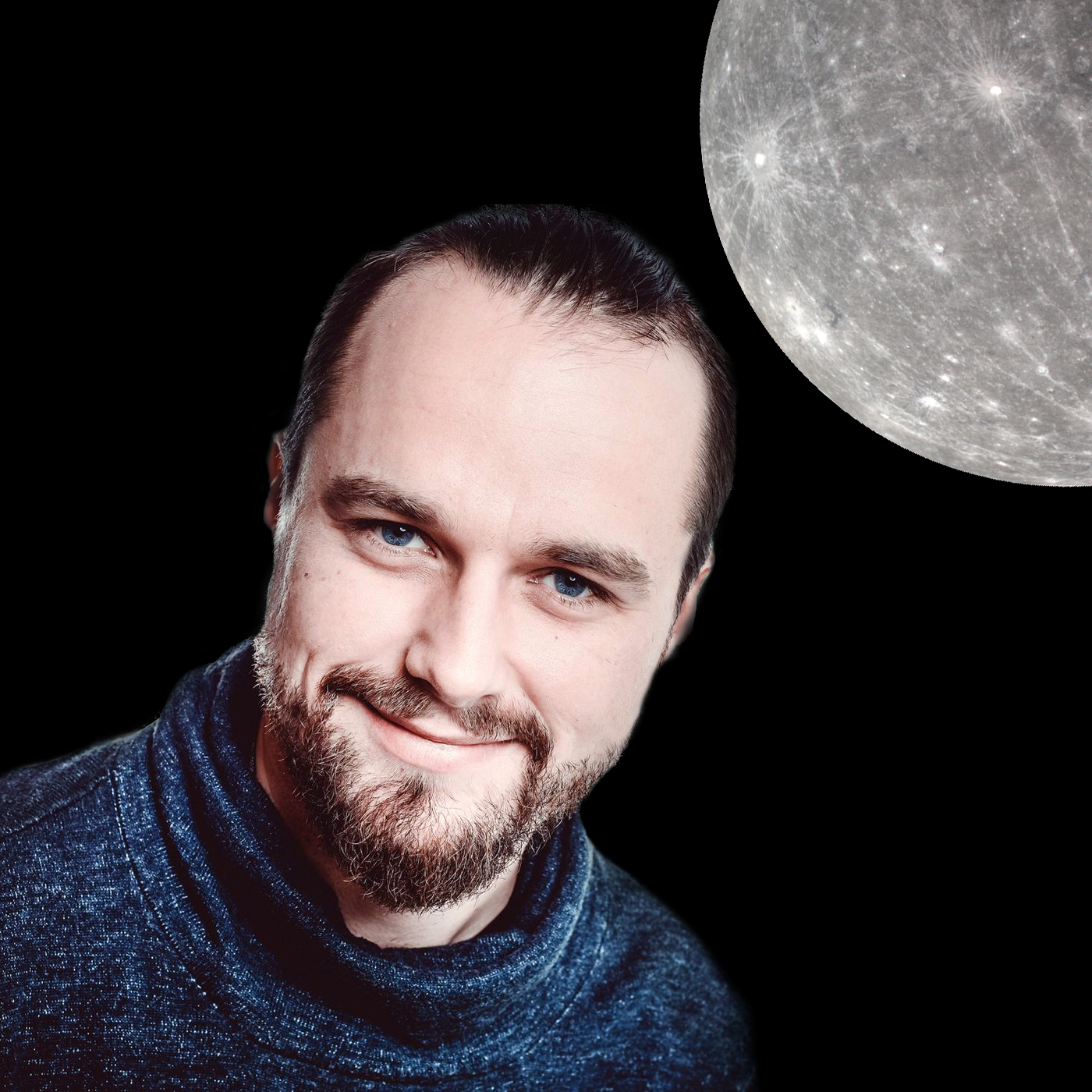 Hosted at ESTEC
Proposal Title: Joint modeling effort of heliospheric and magnetospheric models in preparation for the ESA/JAXA BepiColombo mission
Since the age of four, Willi wanted to study the stars and the planets, and become an astronaut. After his military service in the German Airforce, and obtaining a pilot’s license, he started studying physics at the Technische Universität Braunschweig (TUBS) in Northern Germany. His master degree focused on stellar astrophysics, planetary formation and magnetospheric sciences at Nagoya University (Japan) and at TUBS. In collaboration with TUBS and the Georgia Institute of Technology (USA), Willi obtained his doctorate by investigating the influence of the solar wind on the peculiar and tiny magnetosphere and on the very thin sodium atmosphere (i.e., the exosphere) of Mercury.
As ESA fellow, Willi will continue his investigations of Mercury’s plasma environment through numerical hybrid modeling and spacecraft observations: One focus lies on extreme solar wind conditions that are present when the Sun suddenly ejects much more plasma than usual (called interplanetary coronal mass ejections), which results in a much more compressed magnetosphere than usual, challenging our understanding of magnetospheres. The other focus lies on forecasting and explaining measurements of the planetary environment by the ESA/JAXA BepiColombo mission, focusing on magnetic fields, electric currents, and plasma densities of solar wind protons and planetary ions. 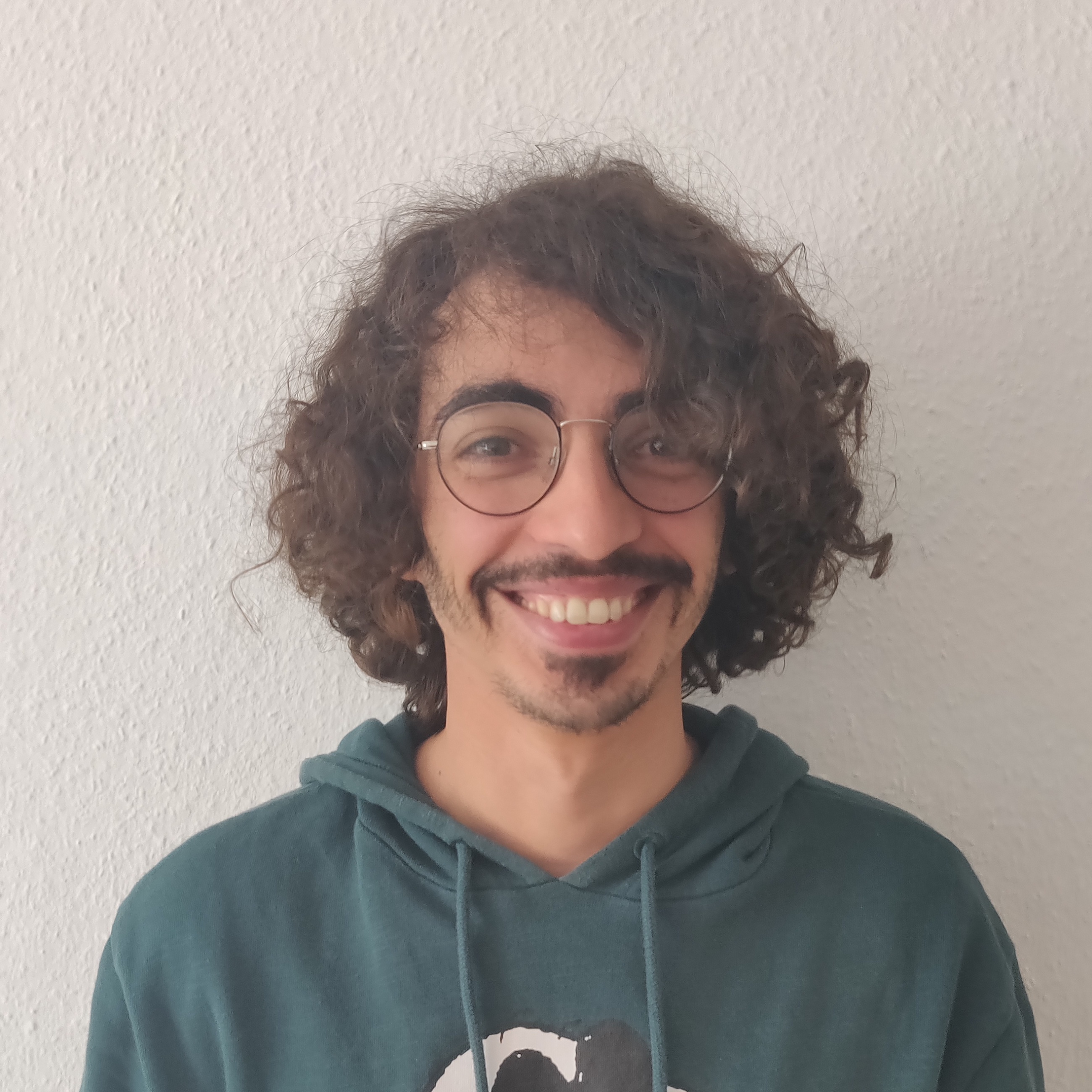 Hosted at ESAC
Proposal Title: White Dwarfs, dust, discs and debris: stellar and planetary evolution in the era of Gaia
Nicola (he/him) studied physics at the University of Warwick (UK) where he also completed his PhD in astronomy focusing on white dwarfs, i.e. the remnants left over from the evolution of stars similar to our Sun, and large area surveys. Nicola remained at Warwick for his first postdoc leading the work on the large-scale identification of white dwarfs using data from ESA’s Gaia mission. In 2019, Nicola was awarded the European Southern Observatory (ESO) Research Fellowship and moved to the ESO headquarters in Garching (Germany) where he worked since.
Nicola’s project at ESA focuses on using white dwarfs to probe the composition of ancient rocky exo-planets and study the final stages in the evolution of planetary systems. In his work he combines astrometric measurements from ESA’s Gaia and IR photometry from large-area surveys with spectroscopic observations to identify and characterize rare white dwarfs which accrete the remnants of broken-up rocky planets. Nicola’s research aims to establish how common planetary compositions like that of Earth are, when this type of planets first started to form in the Milky Way, and what their final fate is. 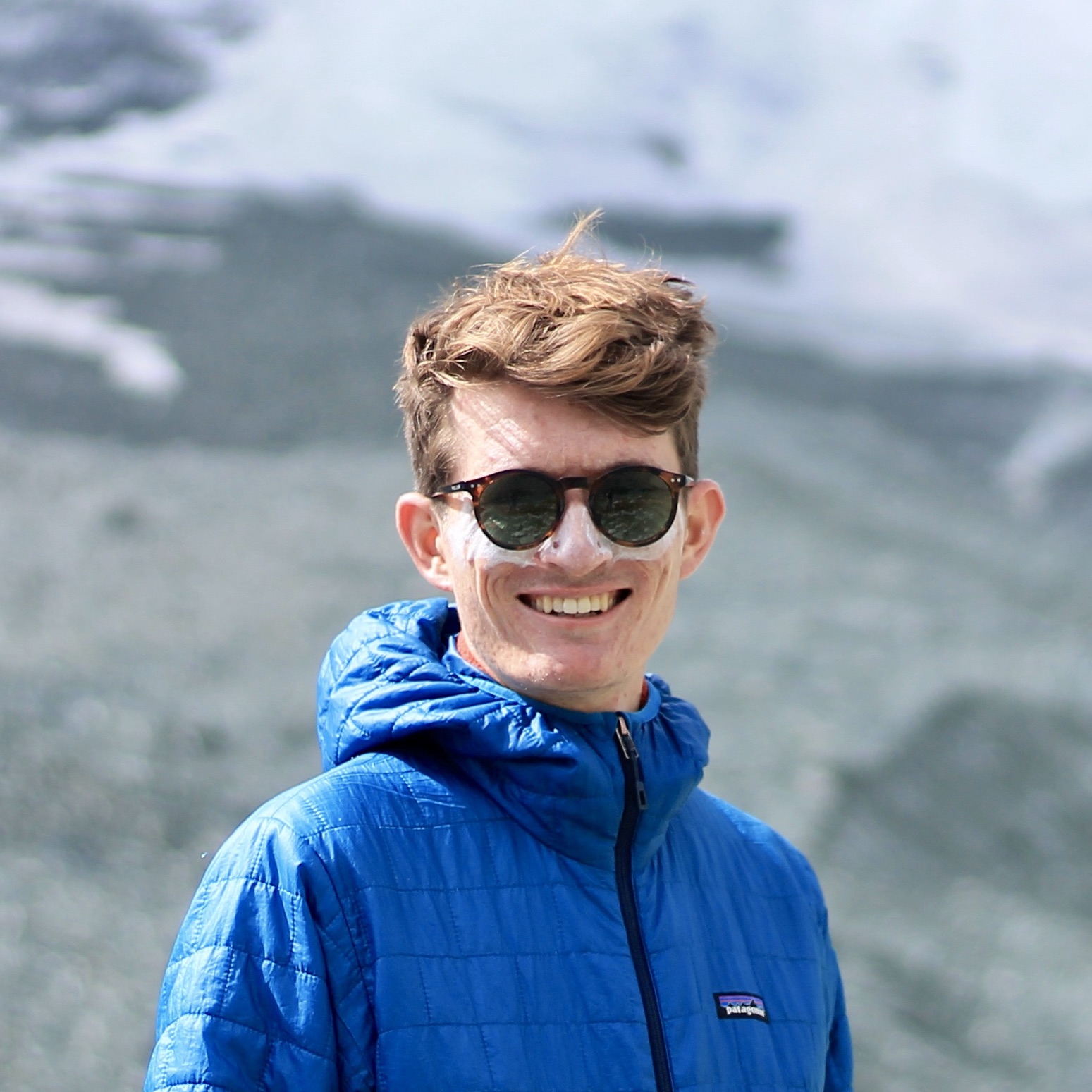 Hosted at ESAC
Proposal Title: Modelling the long-term evolution of ice sheets on Mars
Adam (he/him) studied Geography and then Glaciology at the University of Sheffield (UK) and went on to do his PhD into the mid-latitude glacial history of Mars at Aberystwyth University, Wales (UK). His first postdoctoral position was at Durham University (UK) studying coastal evolution in west Yorkshire (UK) using terrestrial laser scanning, and his second is at the University of Waterloo (Canada). Here, he is using hydrological models to simulate the characteristics of meltwater beneath the Fennoscandian ice sheet, an ice sheet which submerged large areas of Scandinavia during the last ice age (~16,000 years ago).
Adam’s work at ESA will take him back to Mars along with insight gained from modelling Earth surface processes to simulate the long-term evolution of Mars’s dichotomy boundary. This enigmatic region of Mars comprises >2,000,000 km2 of interconnected glacial-occupied valleys dissecting a complex assemblage of plateaus, mesas, buttes, and arêtes. The goal of Adam’s research is to resolve the chronology and configuration of former ice sheets in this region using a landscape evolution model that incorporates the local controls of glaciers on landscape evolution as well as an accurate representation of other geological processes. Digital elevation models  based on data from ESA’s Mars Express and ExoMars missions will provide critical input data to measure existing terrain. Glacier ice is key to understanding Mars’s hydrology and climate and this work will further our understanding of water on Mars. 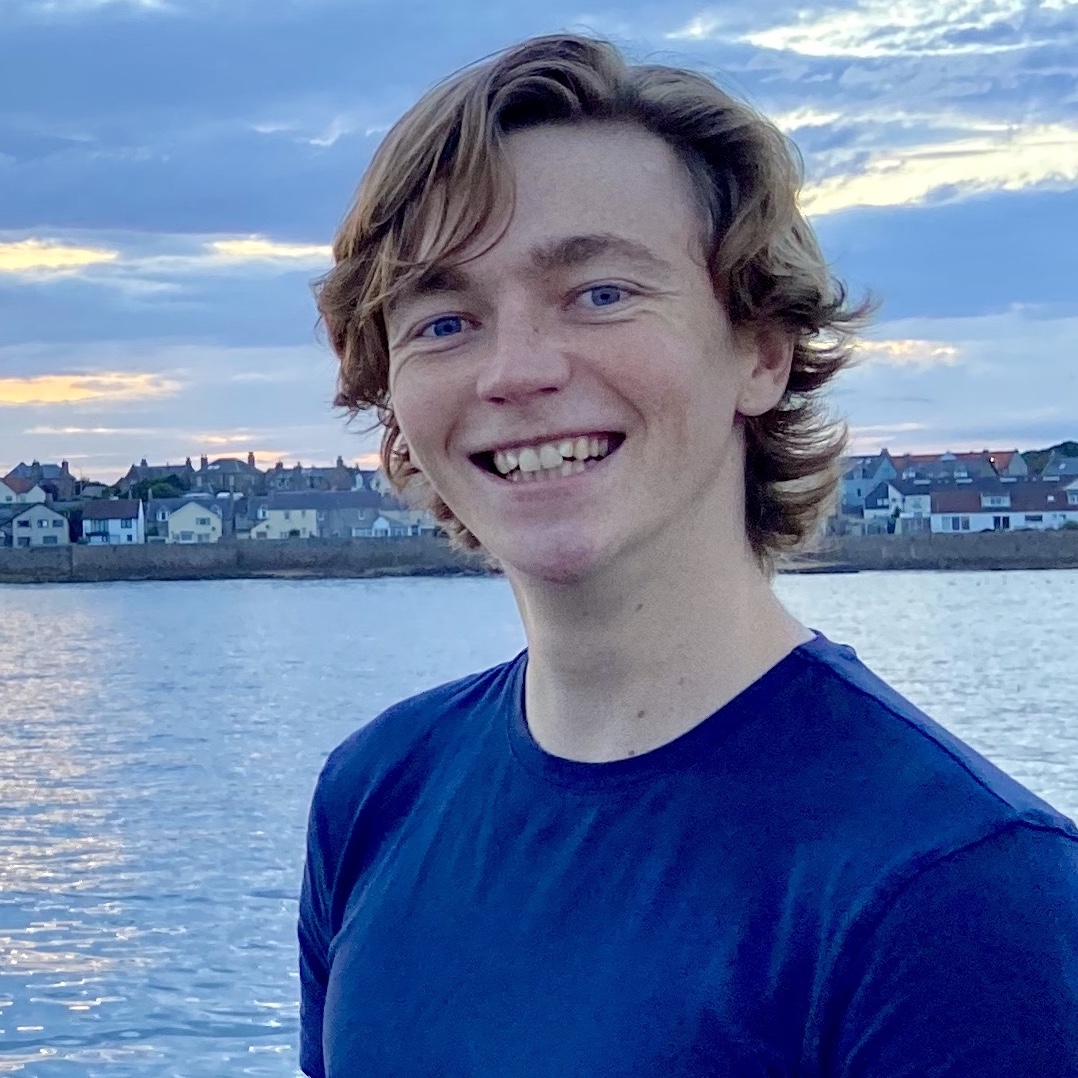 Hosted at ESTEC
Proposal Title: Searching for planetary mass brown dwarfs with JWST
Samuel earned his integrated master’s degree in Physics at the University of Edinburgh, Scotland (UK). He then moved to the University of St Andrews, Scotland (UK) to complete his PhD where his doctoral research focused on young brown dwarfs and their formation.
Samuel’s project at ESA is designed to detect and analyse brown dwarfs at the very low-mass end of the initial mass function using the NASA/ESA/CSA James Webb Space Telescope. Brown dwarfs are substellar objects intermediate between stars and planets, that are not massive enough to sustain stable hydrogen fusion (less than 75 Jupiter masses). The very low-mass end of brown dwarfs will include a mixture of objects that have formed in two very distinct ways: giant planets, which have been dynamically ejected from their host systems early in their evolution, and ultra-low mass brown dwarfs, which have formed like stars. For the first time, the imminent availability of the James Webb Space Telescope will make it possible to observe young objects down to, and below, a Jupiter mass , both photometrically and spectroscopically. Samuel’s goal is to understand the physical processes by which these Jupiter-mass objects are formed and distributed throughout the Milky Way, addressing two fundamental questions in star and planet formation: What is the low mass limit of star formation? What is the upper mass limit of planet formation? 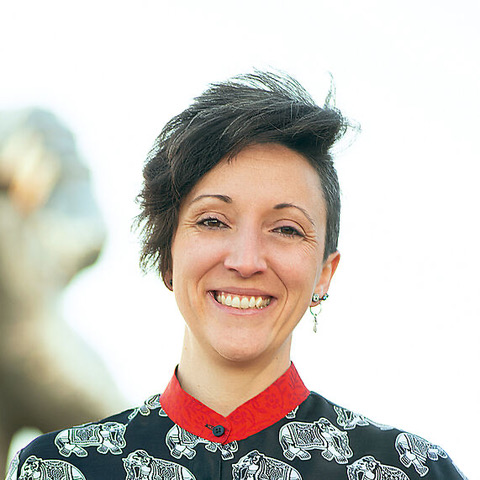 Hosted at ESAC
Proposal Title: The Wealth of Low X-ray Luminosity Behaviour of Highly Magnetised X-ray Binaries
Alicia (she/her) finished her physics and astrophysics studies at Complutense University of Madrid (Spain). While finishing her master’s degree, Alicia became an ESA/ESAC trainee. She then moved to Amsterdam where she obtained her PhD at the University of Amsterdam (the Netherlands) investigating the X-ray luminosity of high-mass X-ray binaries. Alicia expanded her expertise studying short gamma-ray bursts and electromagnetic counterparts to gravitational wave events during her first postdoctoral position at Northwestern University in Chicago (USA).
Alicia’s project at ESA aims to shed light on the physical processes under the extreme conditions of high gravity and magnetic fields in the surroundings of highly magnetised neutron stars. For that, she studies a type of X-ray binaries - called Be/X-ray transients - that harbour neutron stars with high-magnetic fields that accrete material from their giant stellar companions. In particular, Alicia is interested in understanding why these systems shine at low X-ray luminosities and why different sources show a variety of X-ray behaviour at these luminosities. Alicia will use XMM-Newton and INTEGRAL to investigate the different mechanisms behind the X-ray behaviour of Be/X-ray transients systems. 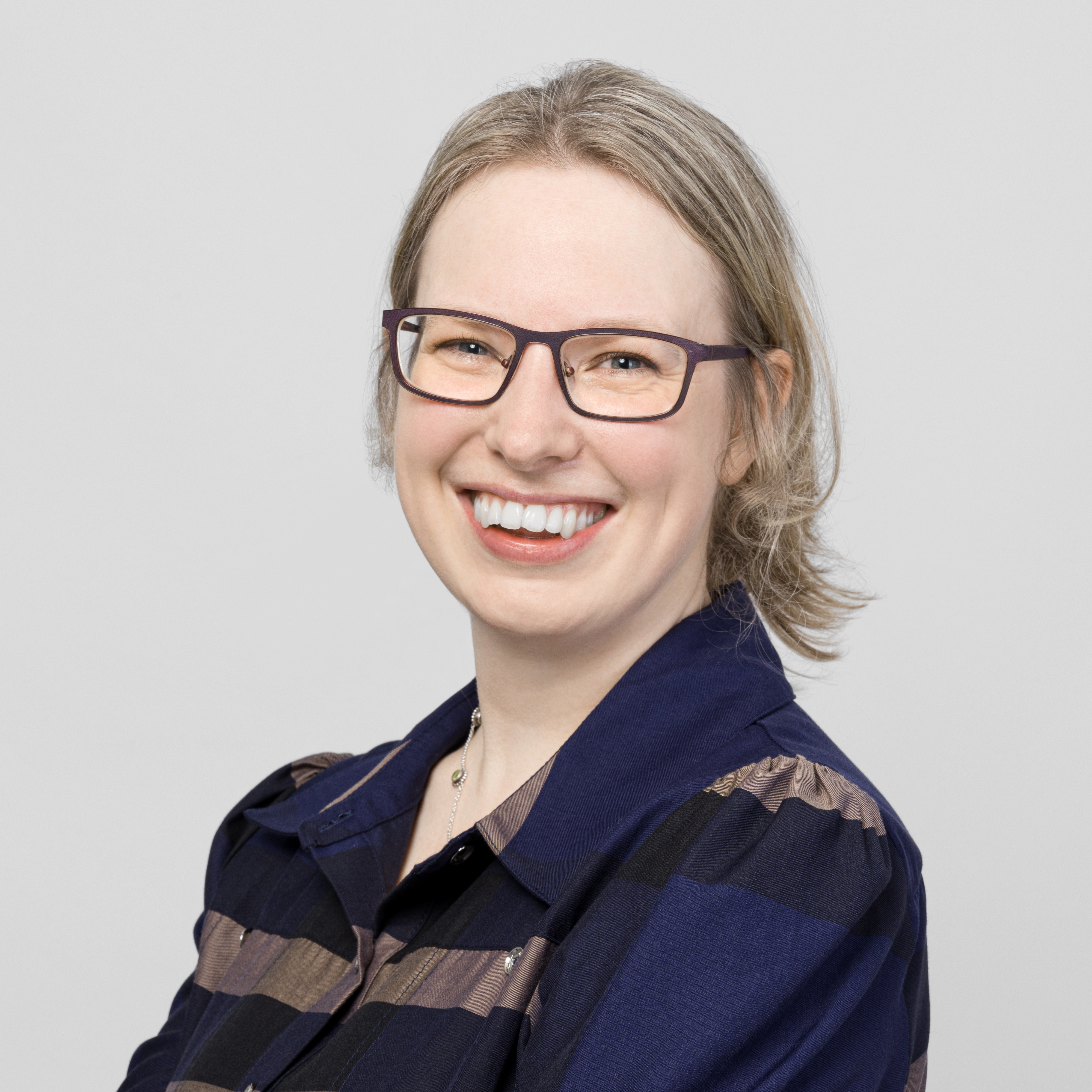 Hosted at ESTEC
Proposal Title: Shining light on the properties of interstellar silicate dust
Sascha studied astronomy in Leiden, the Netherlands. During her PhD research project at both SRON and Leiden Observatory (the Netherlands), she specialized in the properties of cosmic dust using X-ray spectroscopy. After obtaining her PhD in 2018, her interest in dust took her to the Institute of Astronomy and Astrophysics, Academia Sinica (ASIAA) in Taiwan, where she focused on infrared spectroscopy.
In her project at ESA, Sascha will combine infrared and X-ray spectroscopy to study silicates, a major component of cosmic dust. Cosmic dust ultimately forms the building blocks for planets and life on Earth. Dust is created during the last stages in the life cycle of stars, but we do not yet know well what happens to the dust grains as they travel through the interstellar medium and how they end up in planetary systems. Studying the physical and chemical characteristics of dust will reveal this story. The infrared and X-ray wavelength ranges that Sascha will study show features that reveal the size, shape, chemical composition, and lattice structure of the dust. To derive these properties, Sascha will observe dust along the line of sight towards stars using observations from multiple space telescopes, such as the NSA/ESA/CSA James Webb Space Telescope (NASA/ESA/CSA), ESA’s XMM-Newton and the upcoming JAXA/NASA/ESA XRISM mission.