Gaia's payload features two telescopes sharing a common focal plane, each looking out through an aperture in the payload housing and separated by a highly stable basic angle. Light from a celestial object enters the arrangement through one of the two apertures, striking the large primary mirror opposite. The light is then reflected by a series of mirrors along a total focal length of 35m, with the two light paths meeting at the M4/M'4 beam combiner before finally reaching the shared focal plane. 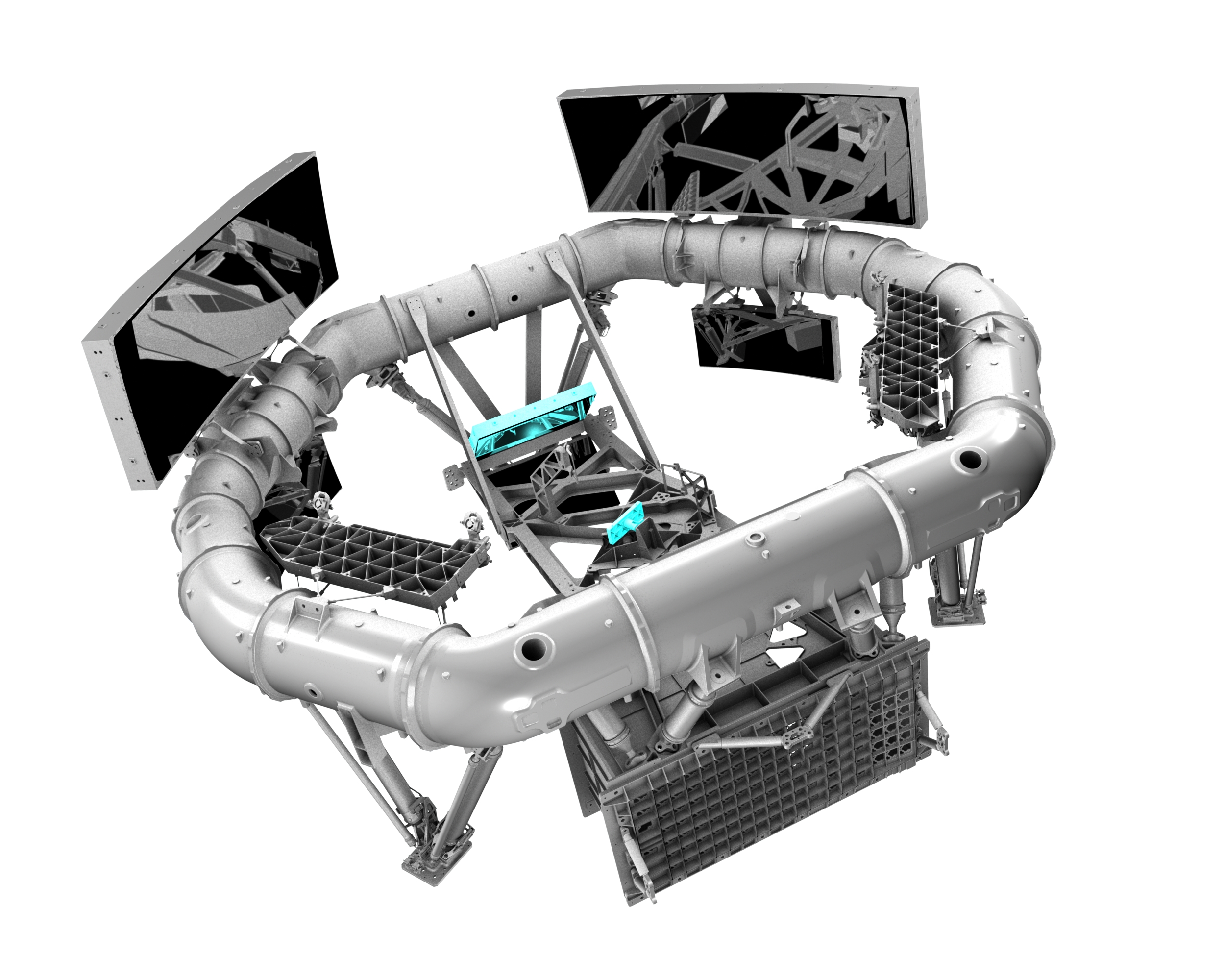 At the focal plane is a large mosaic of sophisticated, custom-built charge coupled devices (CCDs), light detectors of essentially the same kind as found in a digital camera. Containing 106 CCDs, the focal plane assembly comprises a total of nearly one billion pixels (a ‘gigapixel'), compared to the few million of a typical digital camera. This focal plane is shared by the astrometric, photometric and spectroscopic instruments.

As the spacecraft slowly rotates, the light from the celestial object (that is, the image of the object) passes across the focal plane. In this way, Gaia steadily scans the whole sky as the satellite spins and gradually precesses, with each part being observed around 70 times in the course of the operational lifetime.

Gaia's astrometric measurements are made using the global astrometry concept successfully demonstrated by Hipparcos. Having two different lines of sight allows Gaia to measure the relative separations of the thousands of stars simultaneously present in the combined fields of view. These wide-angle measurements build up a rigid network of relative star positions, contributing to Gaia's exceptional accuracy.