Release of a German Gaia stamp

Yesterday, on 7 December 2017 at 11:00 a German "Gaia-satellit" stamp was released along with a stamp on gravitational waves. Both stamps are part of an astrophysics series of the Deutsche Post. The Gaia stamp is based on a combination of the Gaia satellite and a background image of the Milky Way as obtained from ESO / S. Brunier and happens to be the first German stamp using a metallic coating. 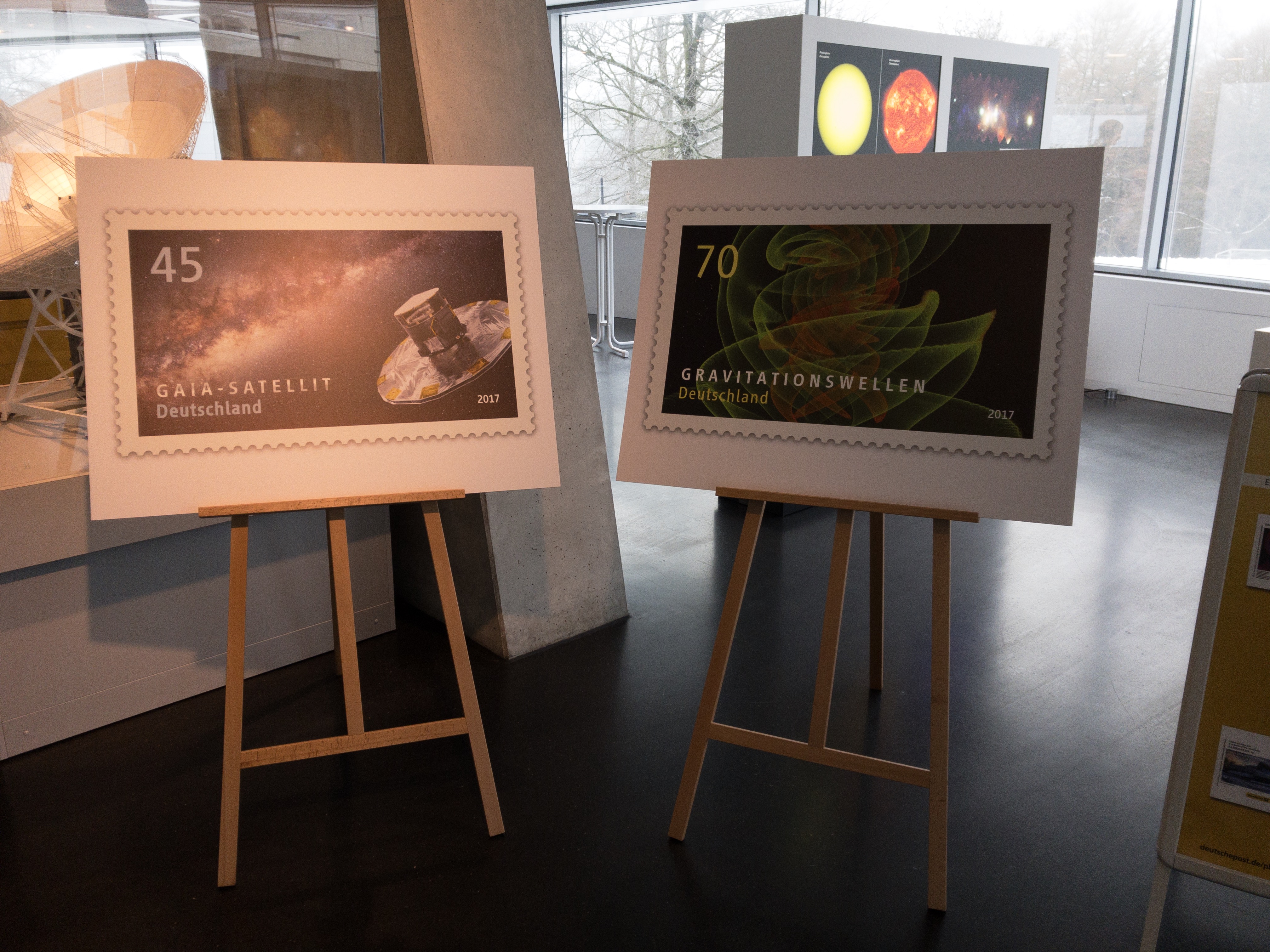 The release event took place in the Haus der Astronomie in Heidelberg with several representatives from ESA, the Gaia Data Processing and Analysis Consortium, ESO and the Max Planck Institute for Graviational Physics in Potsdam. For the release the Deutsche Post produced a special punch and a postcard based on information from Gaia Sky, both shown below. 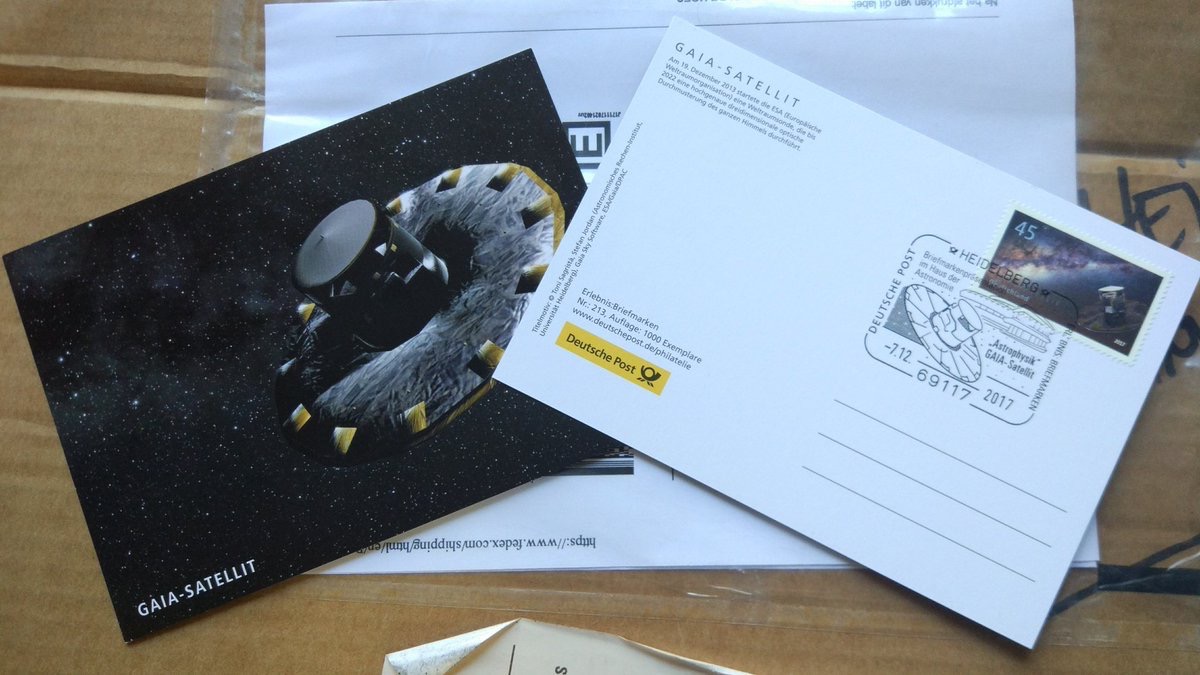 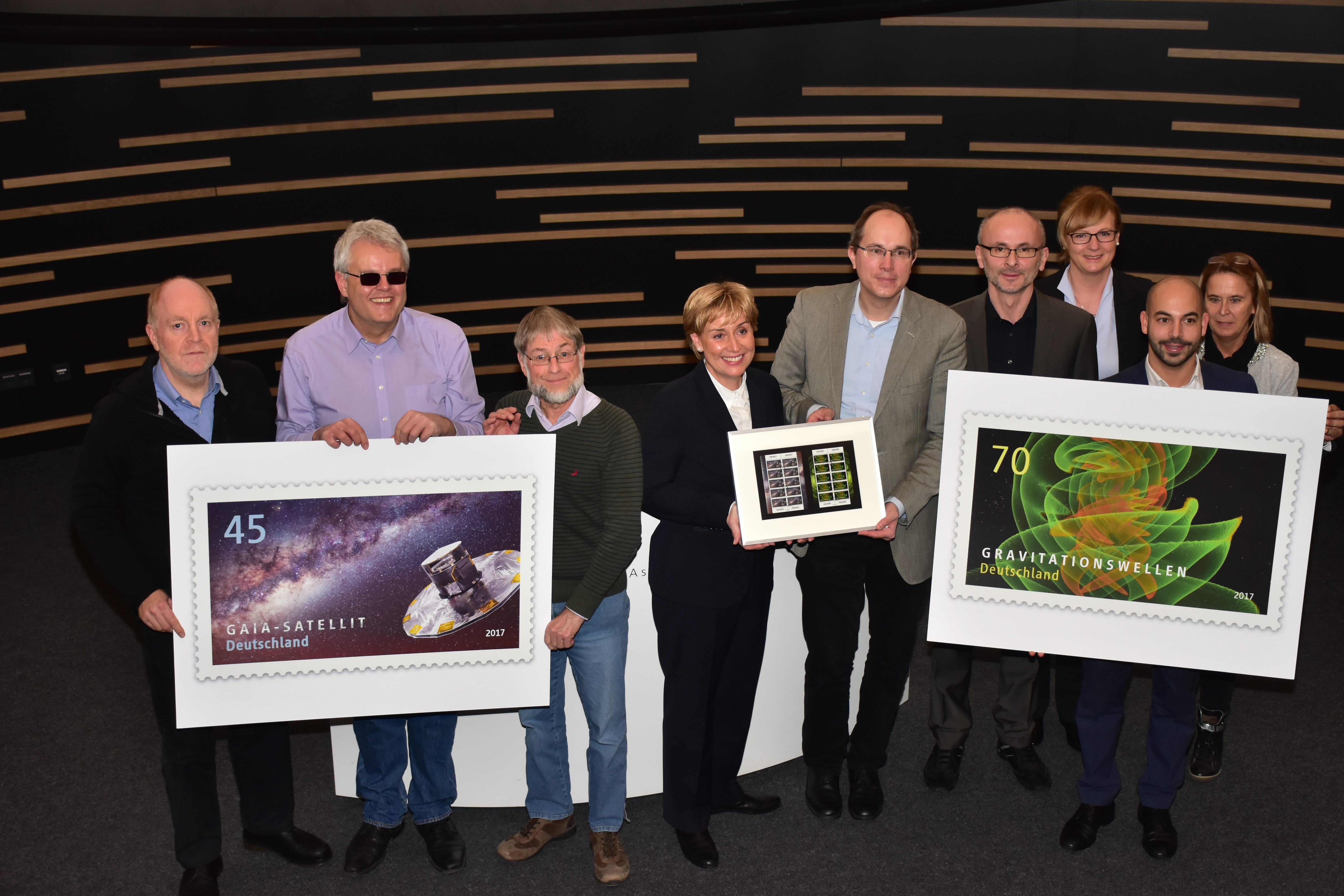 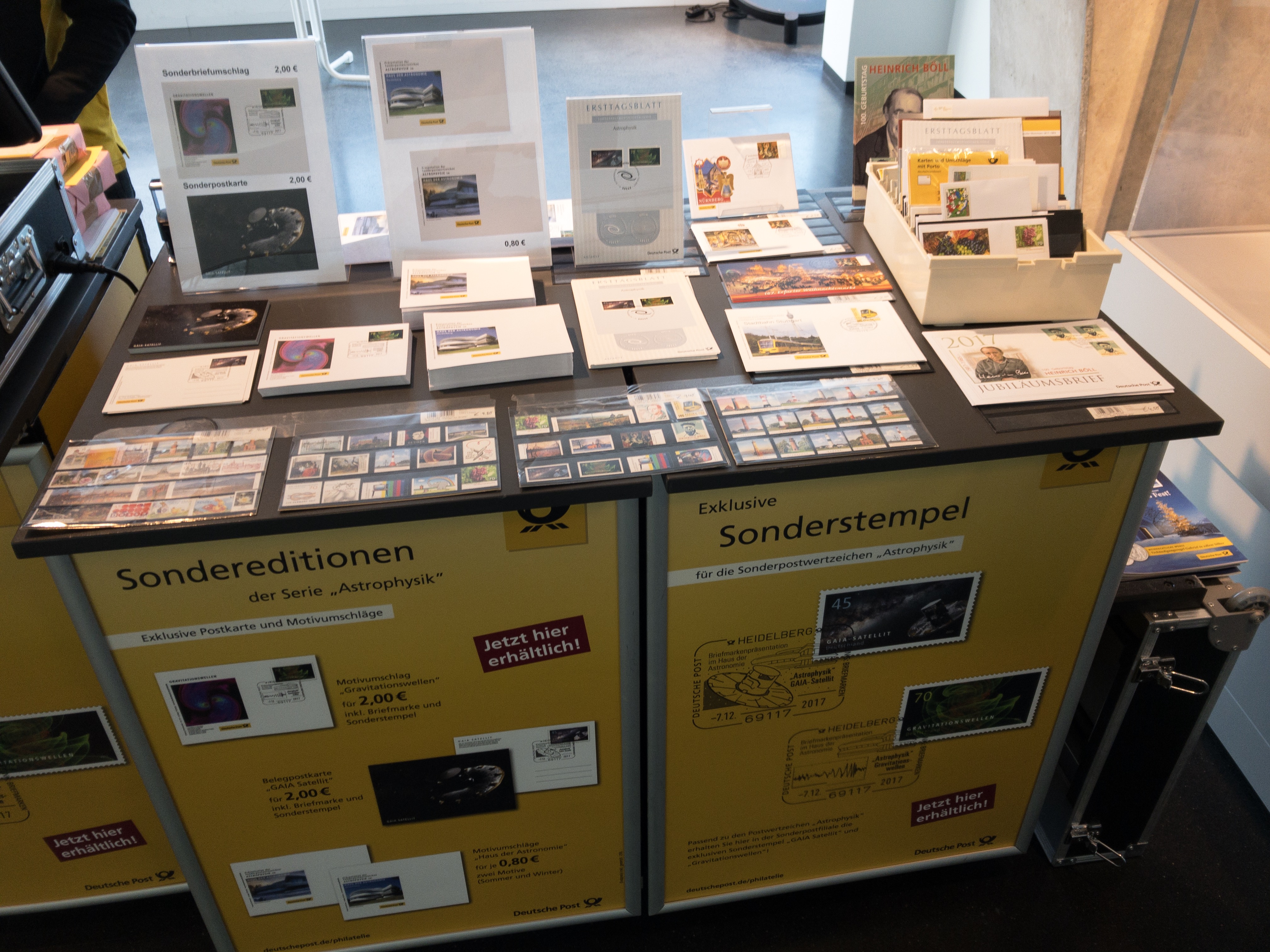 Stamps were for sale yesterday at the release event and can from now on be bought online from the website of the Deutsche Post. Make sure to get hold of a few ESA Gaia postcards featuring our first Gaia skymap, available from ESA stands at most astronomical conferences or events. 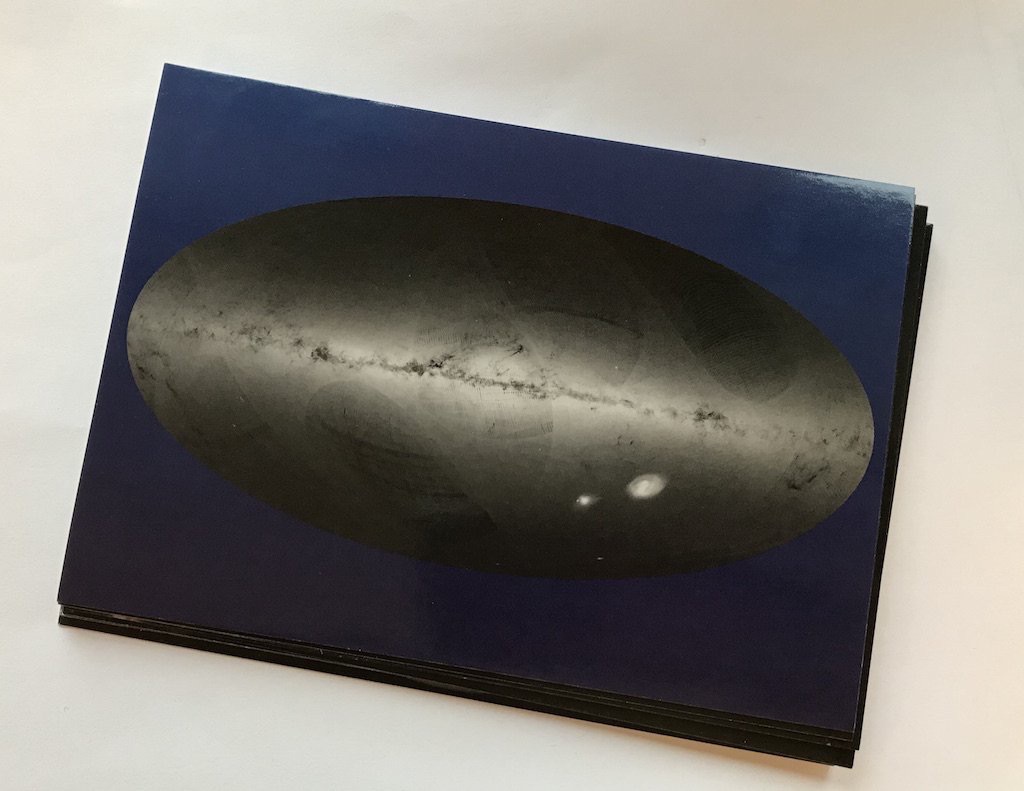