We are pleased to announce that Lennart Lindegren and Jackie Faherty were awarded prizes by the American Astronomical Society (AAS) Division on Dynamical Astronomy (DDA).

Lennart Lindegren was awarded the 2020 Dirk Brouwer Career Award for the profound impact he made on the fields of astrometry and celestial mechanics. Lennart Lindegren is Professor Emeritus at the Lund University and one of the orginal proposers of the Gaia mission. He was central to the production of the Hipparcos, Gaia DR1, and Gaia DR2 catalogues, which proved to be a great source of discovery and new understanding. Lennart is an active member of the Gaia Data Processing and Analysis Consortium and to this date is still heavily involved in the astrometric processing of the Gaia data.

Apart from being a great mentor to many students at the Lund University, he devoted his career to the sucess of the Hipparcos and Gaia missions. The still increasing list of technical notes touching the development, definition and optimization of these missions are a clear evidence of the breadth and depth of his contributions.

The Dirk Brouwer Career Award recognizes annually a major contributor to the field of dynamical astronomy who demonstrates excellence in  scientific research, has had a proven impact and influence in the field, as well as demonstrates excellence in the teaching and training of students and provides outstanding advancement and other support of the field through administration, public service, or engineering achievement.

The Brouwer Award is given to Professor Lindegren to recognize and celebrate his outstanding contributions to the field of dynamical astronomy. The enduring legacy of his work is such that future generations of astronomers may owe their success, and even careers, to his remarkable contributions. Professor Lindegren will be invited to give a lecture at the 52nd annual DDA meeting. 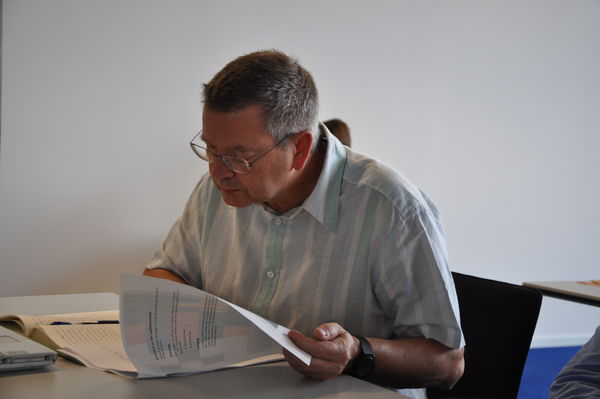 Jackie Faherty was awareded the 2020 Vera Rubin Early Career Prize. The Vera Rubin Early Career Prize recognizes annually an early career dynamicist who demostrates excellence in scientific research in dynamical astronomy or a closely related field, has had impact and influence on these fields, and shows a promise of continued excellence as demonstrated by past practice in research, teaching, and the advancement and support of the field of dynamical astronomy. The 2020 recipient is Dr. Jacqueline Faherty of the American Museum of Natural History.

She received the award in recognition for her work on the kinematics of very faint stars in the Milky Way as well as for her leadership in developing unique ways to engage the public and professional science teams with the astronomical field fundamental to the study of dynamics: astrometry, the precise measurement of celestial object's positions and motions on the sky. At the American Museum of Natural History, Dr. Faherty engages scientists, students, and the general public with dramatic visualisations of results from the Gaia space observatory.

Dr. Faherty will be invited to give a lecture at the 52nd annual meeting of the AAS Division on Dynamical Astronomy, to be held virtually 17-21 May 2021.

Jackie Faherty - The Milky Way as You've Never Seen It Before - AMNH SciCafe. Credit: Youtube video from the American Museum of Natural History

The objective of the American Astronomical Society Division on Dynamical Astronomy, established in 1969, is the advancement of all aspects of dynamical astronomy - including celestial mechanics, solar system dynamics, stellar dynamics, the dynamics of the interstellar medium, and galactic dynamics - and the coordination of such research with other branches of science.

The American Astronomical Society, established in 1899, is the major organization of professional astronomers in North America. Its membership (approx. 8,000) also includes physicists, mathematicians, geologists, engineers, and others whose research interests lie within the broad spectrum of subjects now comprising the astronomical sciences. The mission of the AAS is to enhance and share humanity’s scientific understanding of the universe, which it achieves through publishing, meeting organization, policy advocacy, education and outreach, and training and professional development.