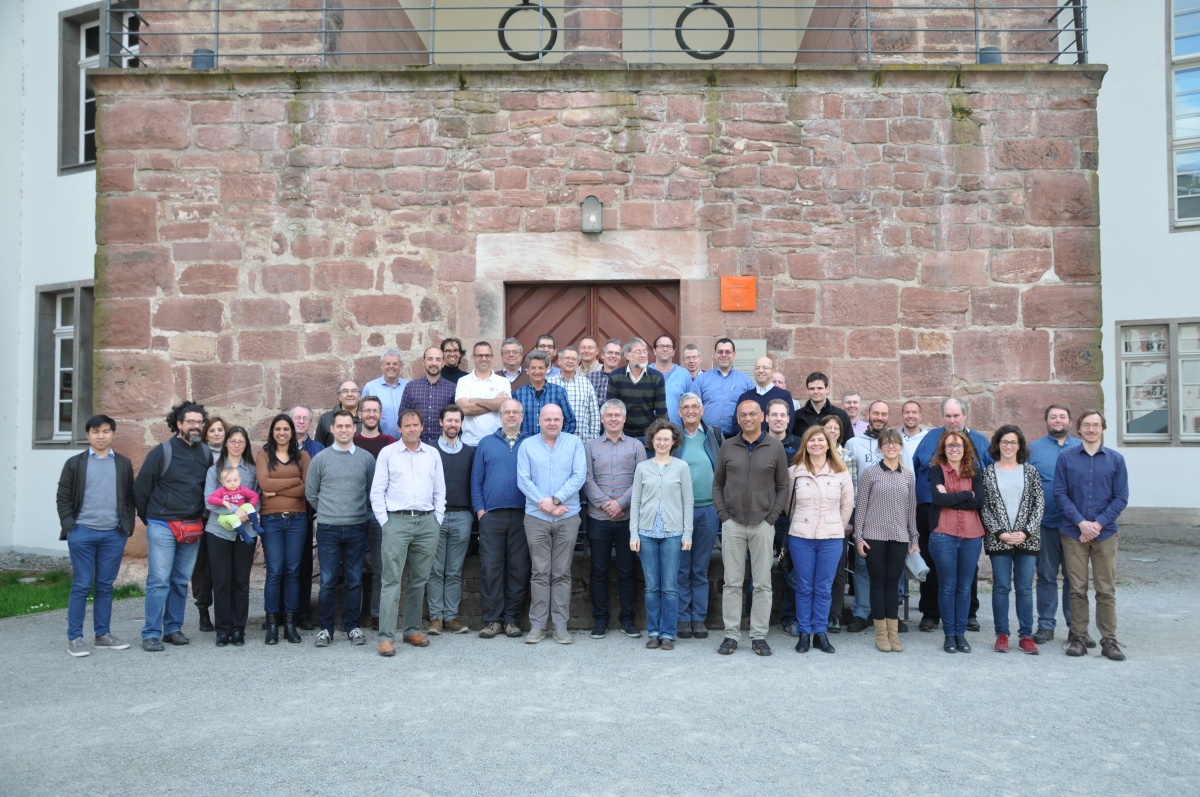 Gaia Coordination Unit 3 (CU3) is responsible for creating the consolidated list of detected light sources (stars, etc.), and the astrometric solution of the Gaia catalogues including the satellite attitude and the instrument calibration. The work of the CU3 team is essential to extract the best possible positions, parallaxes and proper motions from the Gaia observations and to guarantee a high quality of the final data catalogue. To reach this challenging goal, about 90 scientists and software engineers spread over 7 member states are working together in CU3.

CU3 is the front-end DPAC coordination unit that deals with the raw observations coming from the satellite. From these, a source list is created by CU3's Intermediate Data Updating (IDU) task, and then used in all of DPAC (the Gaia Data Processing and Analysis Consortium). IDU cross-matches the Gaia observations with stars and other astronomical objects like quasars, galaxies, solar-system objects, etc. IDU is also in charge of providing some intermediate data like image centroids and fluxes, that serve as the basis of all downstream processing in DPAC. With the second Gaia catalogue, the angular resolution, thus the capability of separating two close-by sources, has considerably improved compared to Gaia DR1. It already reached a level out of reach for large-scale ground-based sky surveys. The final Gaia catalogue will exceed the as yet achieved 0.4 arcseconds by far, and almost reach the angular resolution of the Hubble Space Telescope - all over the whole sky!

These intermediate data are used by the Astrometric Global Iterative Solution (AGIS) that is in charge of providing positions, parallaxes and proper motions for all sources with sufficiently many and good enough observations. For several hundred million additional stars, only mean positions are derived.

With Gaia DR2, we now have astrometry for almost 1.7 billion stars and other sources - among them more than half a million quasars. Even more noticeable is the huge increase in precision: Gaia DR2 contains 10,000 times more parallaxes than the Hipparcos catalogue, at about 20-30 times the precision, and the typical 1-mas Hipparcos precision is reached already at 10,000 times fainter stars in Gaia DR2! Compared to Gaia DR1, 5-30 times more precise parallaxes are delivered this time.

All this tremendous effort put into the cyclic processing of IDU and AGIS would not have been possible without daily operated software systems: The data analysis in CU3 starts with the Initial Data Treatment which determines - among other things - provisional fluxes and centroids of the measured images. These data are fed into the First Look (FL) pipeline which is responsible to check the health of the satellite and the data quality on a daily basis. The FL system has been set up in order to make sure that no unperceived, subtle effects can arise during the mission which could affect all data and potentially result in a loss of many months of data if not detected in a timely manner.

Astrometry at the micro-arcsecond level is impossible without a full relativistic handling of all observations which is provided by the Relativistic Models And Tests (REMAT) team also located within CU3. Furthermore it is important to know the Gaia orbit very precisely. For this, a Ground-based Optical Tracking task has been set up to precisely measure Gaia's position on the sky practically every day using several ground-based optical telescopes. And last but not least, in CU3 we also have an Astrometric Verification Unit which aims to check both the daily First Look results on the instrument health and data quality and parts of the AGIS solution to possibly spot deficiencies.

All together we are enthusiastic to work for Gaia and to create the most precise and largest star catalogue that will revolutionise all fields of astronomy!