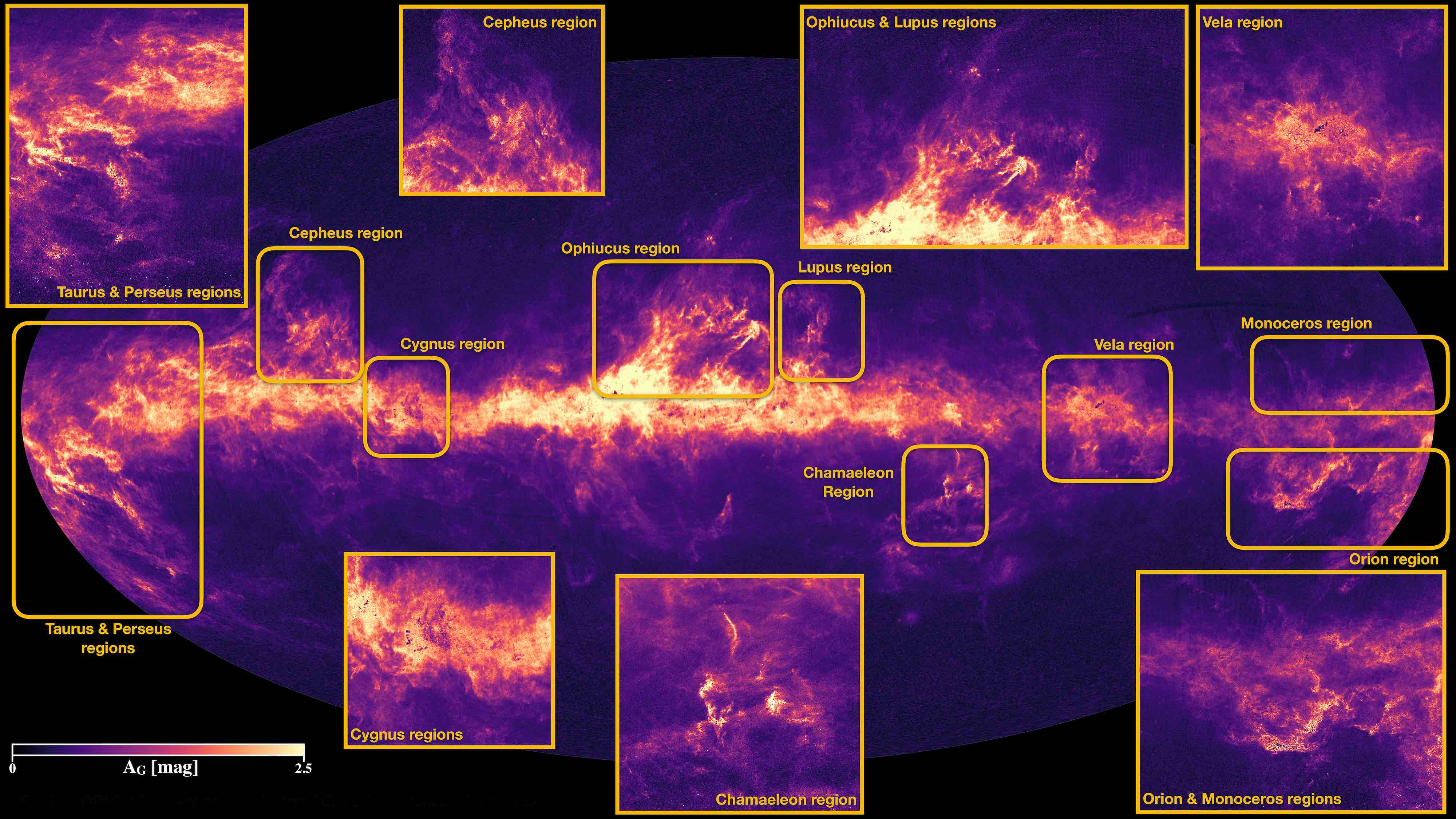 Unraveling the history of the Milky Way requires not only knowing the positions and motions of its stars, but also the intrinsic properties of these stars, such as their temperatures, luminosities, ages, and compositions. Determining these parameters is the task of DPAC Coordination Unit 8 (CU8) responsible for the "Astrophysical Parameters". CU8 uses all of the data available from the Gaia satellite – spectrophotometry, astrometry, spectroscopy – to characterise the observed stars (and later in the mission also the extragalactic objects).

In Gaia Data Release 2, CU8 has used integrated spectrophotometry and parallaxes to estimate some intrinsic  properties for the brighter stars (G<17): the effective temperature (Teff), the radius (R), and the luminosity (L).  The information available to make these parameters estimates is rather limited in this release; in particular, we don't yet have the dispersed spectra of spectrophotometry. This limits the accuracy of what can be achieved. Yet it is still the largest and most homogenous catalogue of stellar properties to date, providing 161 million estimates of Teff, and 77 million of radii and luminosities.

Unfortunately for astronomers, interstellar dust absorbs and scatters the light which Gaia receives from the stars. This dust attenuates the light in characteristic ways. While this makes it difficult to determine the intrinsic properties of stars, we can also take advantage of it to learn something about the dust. Specifically, we can determine the amount of extinction. Thus along with the stars' physical properties, this is the other "stellar parameter" that CU8 has derived and published in this data release, for 88 million stars. This is the first time that parallaxes - as a measure of distance - have been used on this scale to help in the determination of the actual extinction due to the dust, as opposed to just the reddening.

Mapping the dust extinction is an important step towards understanding the matter cycle in galaxies. The interstellar medium is the stuff out of which stars are born, and into which they give back both energy and enriched material when they die. Dust shields molecules from destruction, in the process assisting in the formation of planets. By studying the properties and distribution of the dust, we can learn more about the physics of these processes. This in turn provides us with important clues to the physical mechanisms of the formation of stars and of galaxies, and to the history of our Galaxy.

The figure above shows a two-dimensional projection over the whole sky of the average interstellar extinction we have measured. (In reality the extinction varies along the line-of-sight.) Many features of the Galaxy show up in this map, such as the disk of the Milky Way, and numerous cloud complexes, such as the Ophiuchus cloud complex above the Galactic Center. On the far left and right-hand sides of the map, one can appreciate the fine structure of the Perseus, Taurus, Orion, and Auriga clouds. This map represents the most detailed all-sky map of dust attenuation based on individual stars yet produced.

The CU8 contribution for Gaia Data Release 2 is a collaboration between astronomers at the Max Planck Institute for Astronomy in Heidelberg (Rene Andrae, Morgan Fouesneau, Coryn Bailer-Jones) and the Observatoire de la Côte d’Azur in Nice (Orlagh Creevey, Christophe Ordenovic, Georges Kordopatis, Bernard Pichon, Frederic Thévenin), who developed the algorithms and software and validated the results, with inputs from Andreas Korn (Uppsala) and Yveline Lebreton (Paris and Rennes). The data processing was carried out at the Centre National d’Etudes Spatiales (CNES) in Toulouse (Nicolas Mary, Alexandru Burlacu, Laurence Chaoul, Anne Jean-Antoine-Piccolo, Chantal Panem, Gavin Walmsley). These and many other people in CU8 are already busy processing and analysing more recent data from Gaia, the results of which will appear in the third Gaia data release. This will include more data products on a wider class of astronomical objects.