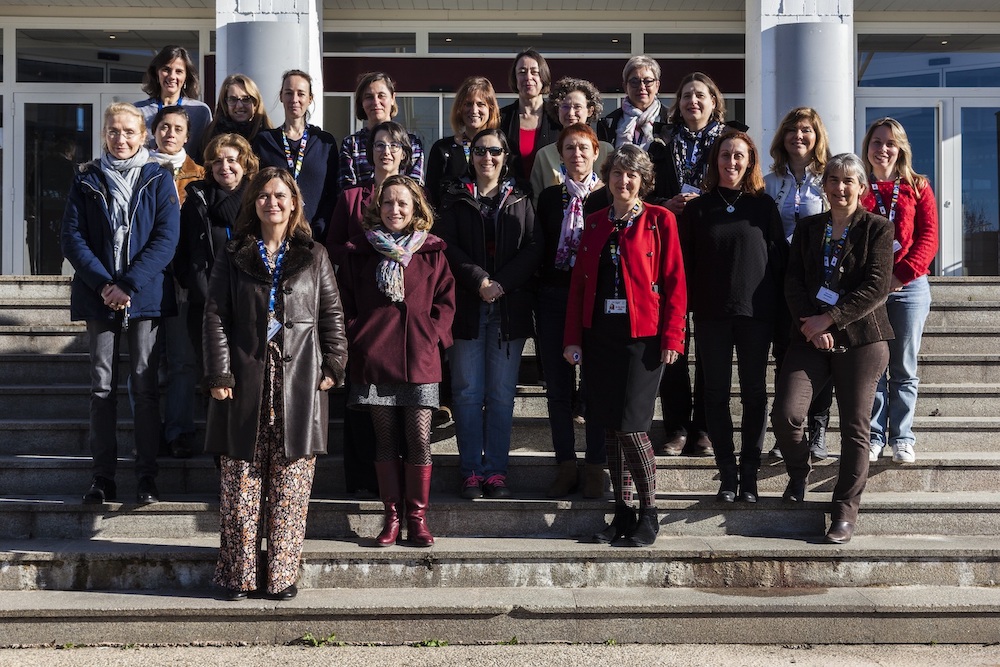 Some of the Gaia women present at the joint meeting of Gaia Coordination Units 4, 6 and 8 with the Gaia Data Processing Centre of CNES, in 2019 in Toulouse, France. Image credit: Chantal Panem

The book "Fósiles del Cosmos" by Paula Jofré was published in January 2022 and describes the history of the Milky Way. A special highlight is given in the book to the female scientists that advanced our knowledge on the Milky Way. Some of the quotes from the book are used to celebrate the Gaia women in science and all the women in the Gaia scientific community in hopes to inspire people to pursue careers in science. Today, February 11, is the International Day of Women and Girls in Science. The United Nations support with this day the full and equal access to and participation in science for women and girls, with the goal to further achieve gender equality and empowerment of women and girls.

Paula Jofré decided to write the book after finding out that the people in Chile knew very little about Gaia, even though the country is known for its telescopes installed in the Atacama Desert and the people are very interested in astronomy. The book was written during the pandemic and Paula Jofré was touched particularly by the articles being published about how female scientific careers were being affected by the extra load of domestic work. She decided to touch base with many of her female colleagues and highlight them in the book, by combining their experience as women along with their contributions to astronomy.

An important message of the book is also to show how many women are already working in astronomy, and that they are undertaking modern and challenging astronomical problems. The collective support of women is incredibly powerful!

"It’s easy to love STEM with its unequaled potential to change the world and to breach the realm of impossibility." - Holly Jackson (Fósiles del Cosmos)

"It was important for me when a well recognized scientist told me "why do you keep proving yourself that you can lead your projects? You have already done it, just continue doing so". After that I stopped questioning my leadership skills so much." - Patricia Tissera (Fósiles del Cosmos)

"I am touched when young women tell me that I have inspired them. It makes me understand that having women in visible roles is fundamental."  - Katia Cunha (Fósiles del Cosmos)

"It is very important to be aware that this is your life and nobody elses!" - Orlagh Creevey (Fósiles del Cosmos)

A few years ago, in 2018, some rough statistics were published on the distribution and participation of women in the Gaia Consortium. Today, this effort is repeated to follow up on the progress made since then.

People working for the Gaia space telescope are spread over Europe mostly (with small contributions from countries outside Europe). More than 100 institutes are involved in Gaia DPAC, and the consortium is organised through 9 coordination units (CUs) and 6 data processing centres (DPCs) with the DPAC Executive leading the distributed teams.

"Diversity in general, and gender diversity in particular, brings a fresh view on problems, and avoids that a discipline is trapped in paradigms impeding its progress. I see the change, and I expect a bright future for women in science." - Antonella Vallenari (Fósiles del Cosmos)

When counting, all people in the Consortium were counted as full-time active for Gaia. It should be noted though, that this is not factually correct. Only a small selection is active full-time on the Gaia mission, most people can only dedicate part of their time to their activities in the Gaia Consortium. People can also be active in multiple coordation units and there is quite a lot of overlap between the different CUs and DPCs. Each contribution in a CU or DPC is counted as a full-time contribution.

The estimation of percentage of women active for Gaia is a rough estimate, and is based on guessing between male and female when looking at the names. Gender is not strictly defined as either male or female of course. This choice was made to be able to create a first estimation of the amount of female scientists and engineers in Gaia. The estimated percentages of 2018 were produced in the exact same way.

From the estimated percentages it is seen that there are slightly more women active in the consortium now, than in 2018. But the numbers are so close, it is safer to say the percentage is stable. There are a few other groups like this, with a very small change in percentage: CU3, CU5, CU8 and CU9 as well as DPCB and DPCG.

An increase in the percentage of women is seen for CU2, CU4, CU7 and DPCI, DPCE. A decrease is seen for CU1, CU6 as well as for DPCC, DPCT.

When comparing the Gaia DPAC percentages to the astronomical community, Gaia DPAC's contribution from women (26% in 2022) is above average. The International Astronomical Union (IAU) member statistics from August 2021 show that the percentage of female members across all of the IAU is 21%.

“On Gaia, the work of a woman is valued in the same way as that of a man, which make us very proud of being in this wonderful team. We all work together as humans to offer a beautiful catalog! It is not always the case in science and computing where the statistics show a permanent decrease of women ratio . In software and system areas they often have to fight for being recognized in their early career, despite showing they can manage successfully professional projects and a personal life with children” - Chantal Panem, Claire Fabre, Céline Fouron, Arrate Magdaleno, Aurore Blazere 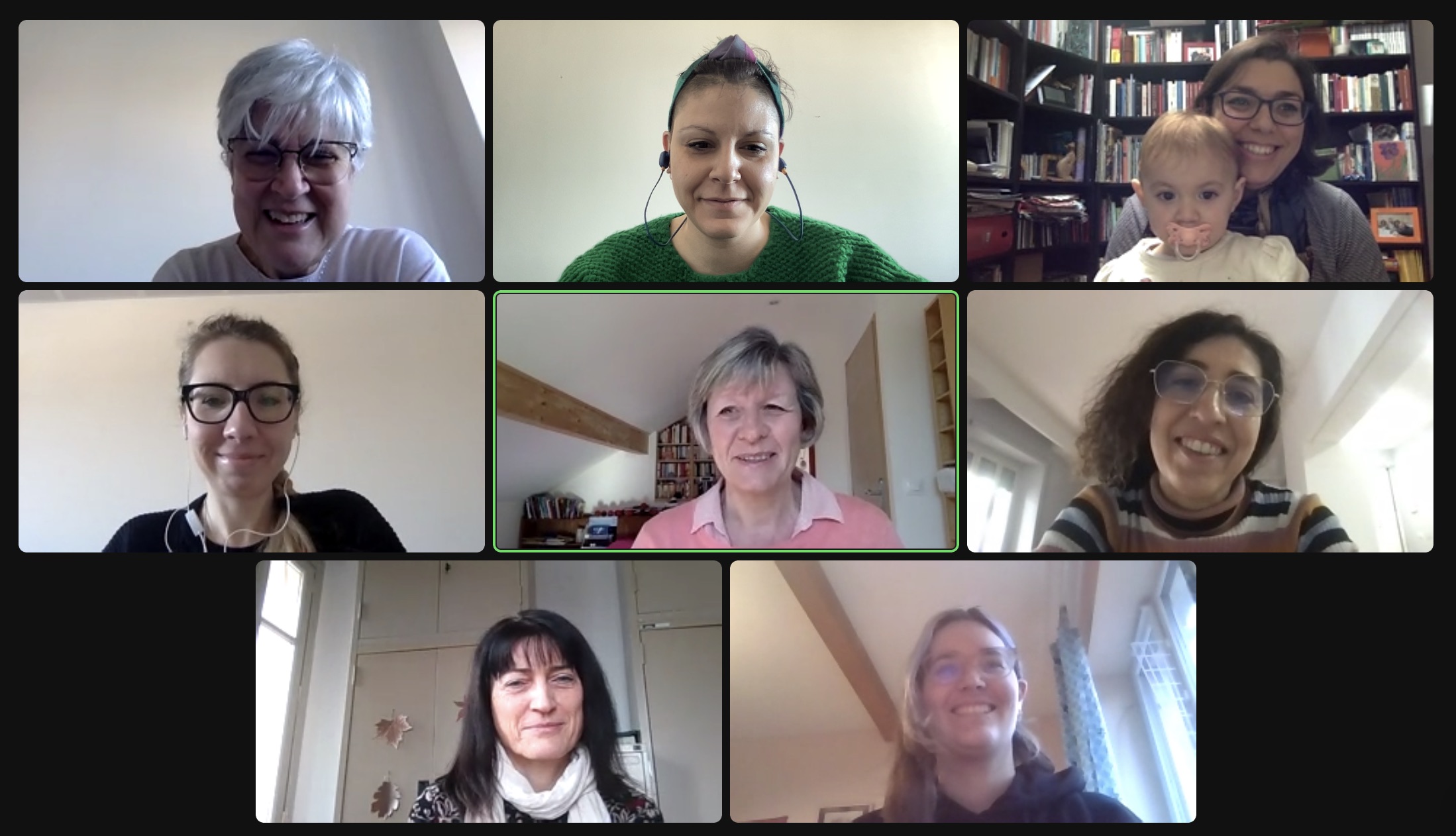 "It is not easy to be a woman in science, no easier than being a woman working in any other field where men are a clear majority. It takes courage, determination, rigour, imagination, and great organisational skills to harmonise work and family life. But we can do it, no doubt about that. I love my work, I'm proud to be a woman scientist exploring the cosmos with Gaia, and I am also grateful to my husband, my daughter, my parents and my friends, who have never made me doubt that science is for women." - Gisella Clementini

"Science today is done through large projects. The image of a solitary person solving a mathematical problem is not so common anymore. Today it is more common that a group of people are working simultaneously on multiple tasks. Because of our history, women are trained for multitasking and our view to what needs to be done is generous and wide. This has made us important to lead modern science." - Orlagh Creevey (Fósiles del Cosmos)

A clear improvement can be seen in Table 2 when comparing the female representation in the management layer. In 2018 only 2 out of 9 Coordination Units were managed by a woman. In 2022 it seen that this has increased to 3.3 out of 9, with the decimal caused by the change of leadership in CU4 from one manager to three managers of CU4 subteams. The comparison is most fair if these three CU4-managers are counted as 1 full CU4 manager for this comparison. The contribution from women in the management of the data processing centres is at 50%, which is equal to the situation in 2018.