The Local Bubble - source OF our nearby stars 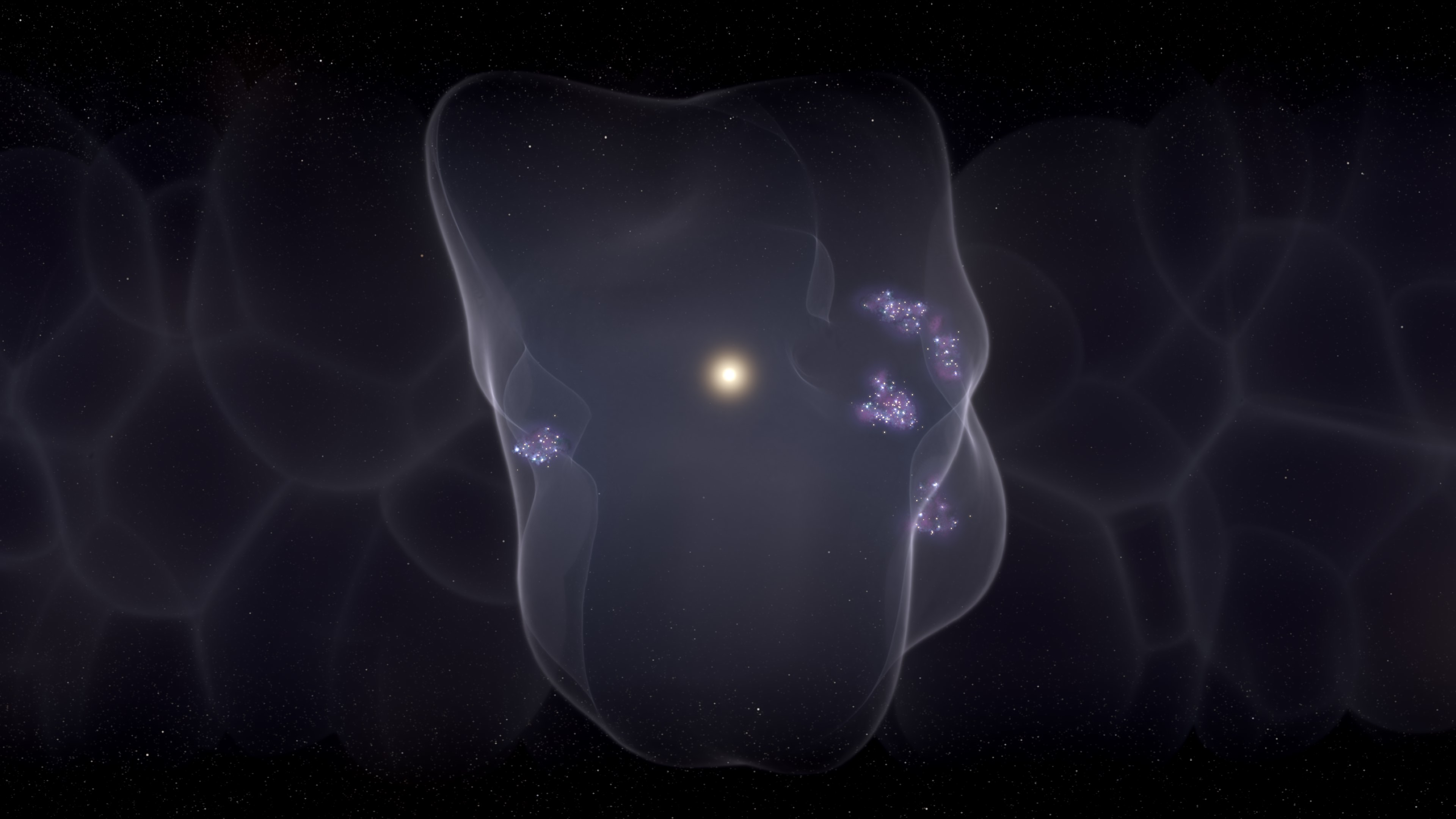 Figure 1: Artist's illustration of the Local Bubble with star formation occurring on the bubble's surface. Scientists have now shown how a chain of events beginning 14 million years ago with a set of powerful supernovae led to the creation of the vast bubble, responsible for the formation of all young stars within 500 light years of the Sun and Earth. Credit: Leah Hustak (STScI)

While the Milky Way’s most prominent inhabitants - the stars - shine bright, the medium in between those stars is less visible though not empty. The area in between the stars contains dust and gas, and is called the interstellar medium. Even a local “emptiness” in this medium can reveal information on the history of the Milky Way. One of these areas with lower density is the so-called “Local Bubble”, through which our Sun currently travels on its journey through the Milky Way.

Astronomers have retraced the history of our galactic neighbourhood by studying the Local Bubble and found a clear chain of events that led to the formation of all, nearby, young stars.

The investigation in the paper, appearing today in Nature, focuses on the known star formation regions in our galactic neighbourhood and mapped their locations onto the Local Bubble then traced their origin by using stellar motion of young stars. It was found that all young stars and star-forming regions within 500 light years of Earth sit on the surface of this giant bubble. The bubble itself is known to stretch about 1000 light-years (or 300 pc) and has an odd peanut shape. 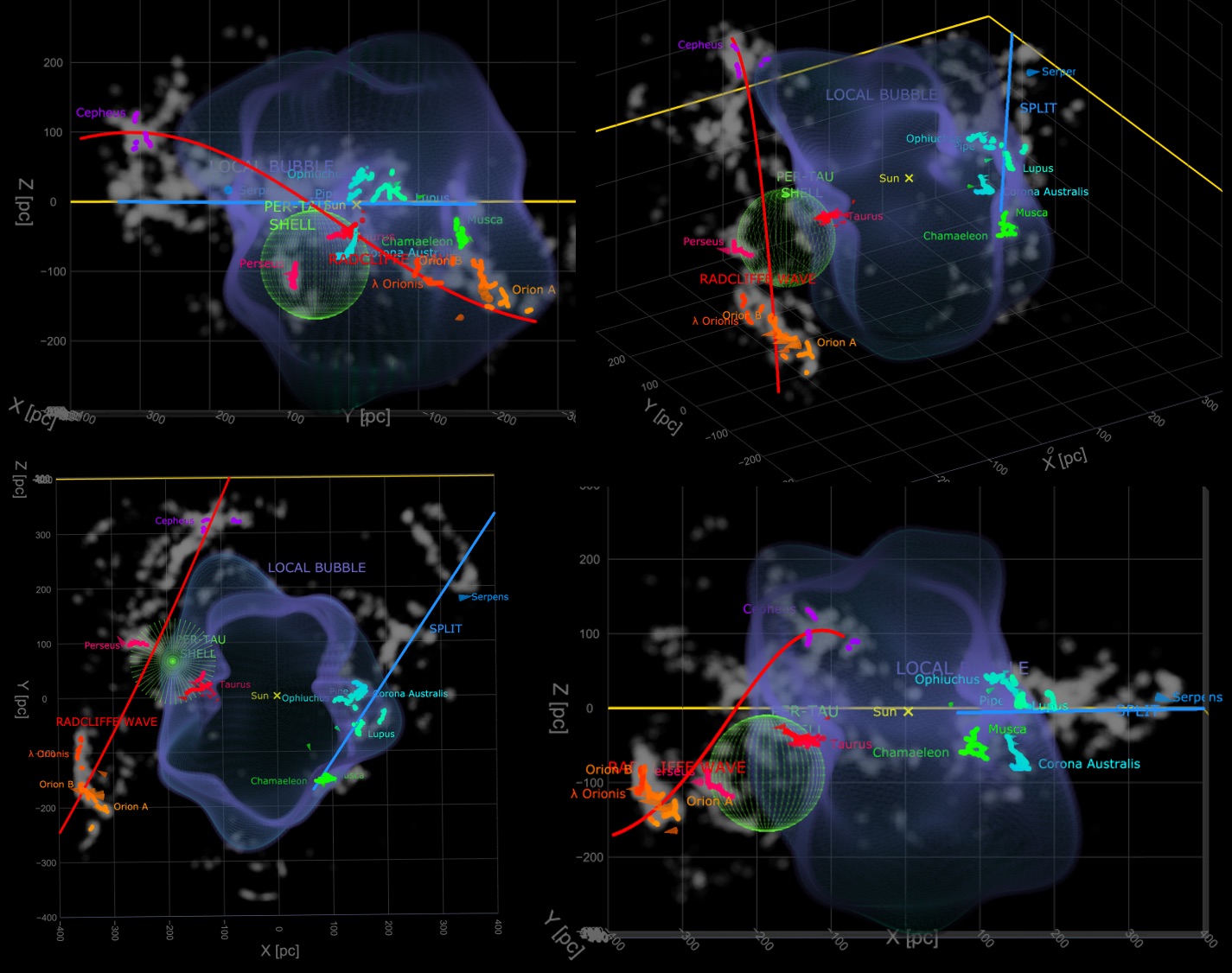 Figure 2: Four different views of the Local Bubble as taken from the 3D animation by Zucker et al. (Nature, 2022)

The existence of the Local Bubble has been known for decades, but now, with help from Gaia’s early data release 3, we can finally understand its origin and the impact it has on the gas around it. Some 14 million years ago, a series of supernovae went off which pushed the interstellar gas outwards creating a bubble-like structure, which keeps growing very slowly even now. The conditions for star formation were excellent on the surface of this bubble, and it is now believed that these explosive events were essential to give birth to the young stars in our galactic neighbourhood.

“This is really an origin story; for the first time we can explain how all nearby star formation began,” says astronomer and data visualisation expert Catherine Zucker who completed the work during a fellowship at the Center for Astrophysics (Harvard and Smithsonian).

The expansion speed of the bubble, as well as the past and present trajectories of the young stars forming on its surface, were derived using Gaia’s latest catalogue. Gaia maps the Milky Way all the way to the Galactic centre and (in the opposite direction) all the way out into the halo. With the Sun at the centre, the mapped sphere has a radius of about 26,000 light years (or 8 kpc), see Figure 3.

“This is an incredible detective story, driven by both data and theory,” says Harvard professor and Center for Astrophysics astronomer Alyssa Goodman, a study co-author and founder of glue, data visualisation software that enabled the discovery. “We can piece together the history of star formation around us using a wide variety of independent clues: supernova models, stellar motions and exquisite new 3D maps of the material surrounding the Local Bubble.”

A 3D spacetime animation (see also further below) is available to explore the region, and shows star-forming regions on the surface of the Local Bubble, as well as other main features like the Gould’s belt, the Radcliffe Wave, and the Split, all together in one coherent view.

The result as published today in Nature helps to further understand our neighbourhood and how the stars nearest to us were formed.

For the first time, astronomers have retraced the history of our galactic neighbourhood, showing exactly how the young stars nearest to our solar system formed. Video credit: STScI

Gaia’s data release 3 is expected in Q2 2022 and will complement the stellar positions, proper motions, brightnesses, and colours from Gaia EDR3 with a large and homogeneous set of radial velocities and astrophysical parameters and much more data, ideal for further investigations of the history of our Milky Way. 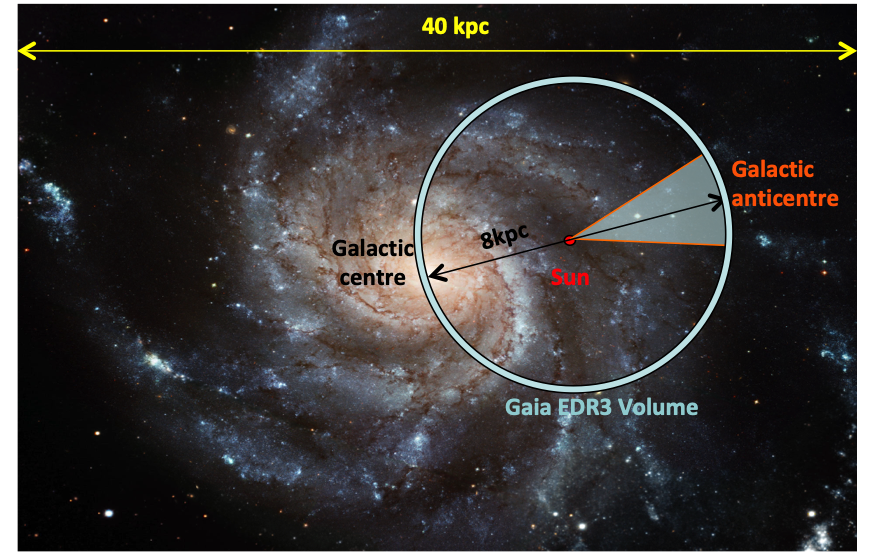 Figure 3: Gaia Early Data Release 3 reaches all the way to the Galactic centre and out into the halo. Image credit: Background: ESA/Hubble, Sketch: ESA/Gaia/DPAC 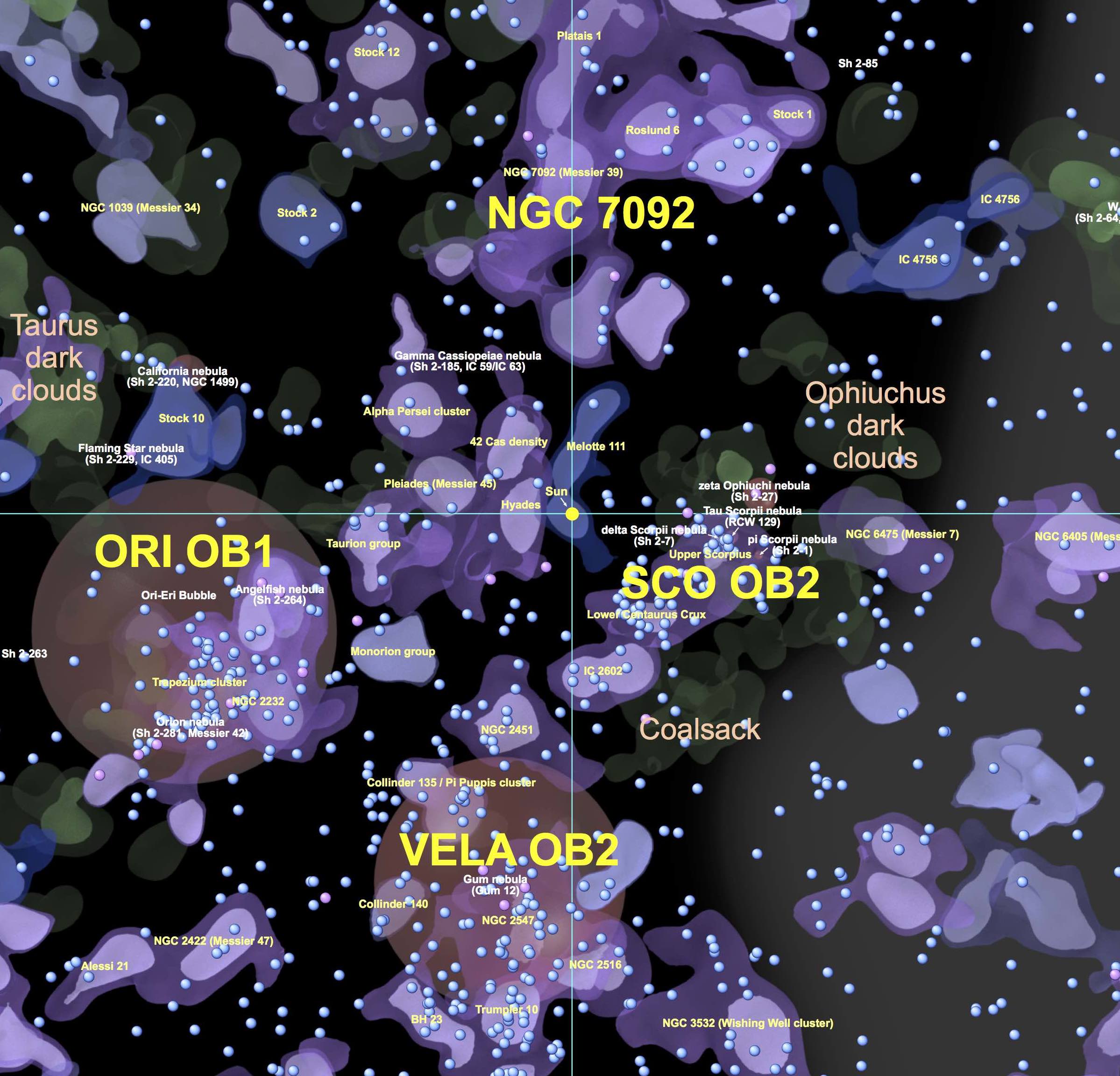